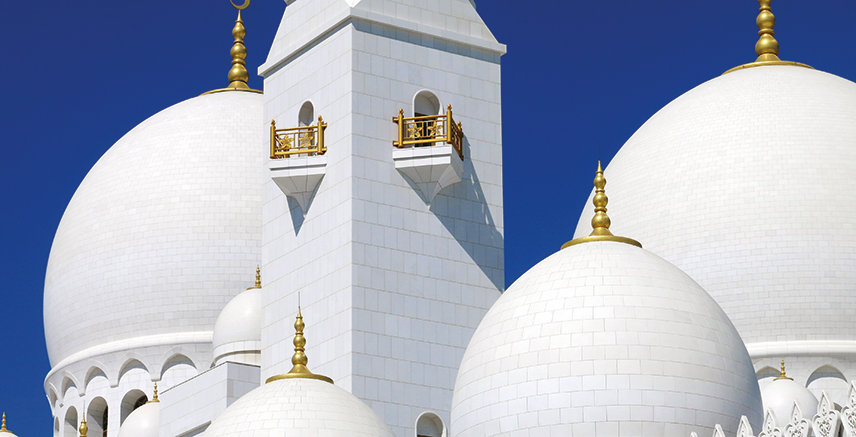 Share on:
Abu Dhabi is no longer a tourist destination for the wealthy seeking a luxury holiday; the Emirate has been increasingly focusing on building attractions that it hopes will bring in families and a range of income levels.

Despite stiff competition from its neighbor and growing competition in the Gulf from countries diversifying away from oil, Abu Dhabi has proved its resolute strength as a tourist destination. The Emirate has built a reputation for itself as an innovative, cosmopolitan destination for both business and leisure tourism. The city’s extensive offerings are akin to the range of its clientele, whose tastes are varied, refined, and posh.

In 2015, the Emirate hosted a record 4.1 million tourists; not only was this an astounding 18% increase from 2014, which saw 3.49 million visitors, but it exceeded predictions by more than half a million. Abu Dhabi similarly surpassed its expectations by almost 400,000 visitors in 2014.

As of March 2015, the Emirate had just short of 30,000 rooms, distributed between 109 hotels and 58 hotel apartments. Abu Dhabi’s 109 hotels count for just over three quarters of all available rooms. The Emirate’s hotel sector is clearly targeted toward luxury and the high-end crowd, with a third of all hotel rooms classified as five star, and well over half of all available rooms either five or four star. March of this year saw a 15% increase in the number of arrivals as compared to the same time last year, with the total number of hotel arrivals at 406,233. Over the same period of time, the number of hotel guests increased to over 1.15 million, a 14% rise YoY.

While the total number of guest nights increased YoY in March, from 1.01 million to 1.15 million, the average length of stay actually decreased, dropping about a percent from 2.86 nights to 2.84 nights. From March 2014 to March 2015, hotel occupancy rate grew 3% from 80% to 83%, and Emirate-wide hotel revenue increased just 1%, from AED619 million to AED624 million. Despite these increases, food and beverage revenue actually declined over 1%, from AED223 million to AED220 million.

As of March, the most common visitor to Abu Dhabi over the past year came from within the UAE and accounted for just under one-third of the total share of visitors, at almost 129,000 arrivals. The top five nationalities were India, the UK, China, Saudi Arabia, and Germany, respectively. The number of visitors from India grew by 40% over the last year, the most out of any other nationality in the top five, with 7% of the Emirate’s visitors coming from the subcontinent. The number of visitors from the UK decreased by 12%, more than any other country, and now accounts for 4% of total visitors; however, the UK, along with the US at number six, had the longest average length of stay.

When complete, Abu Dhabi Airport’s Midfield Terminal is expected to boost not just tourism numbers but also economic activity in the Emirate. As of June, the new terminal was more than 70% complete; the new addition is expected to come into operation in 2017 at a cost of AED19 billion. The current airport has seen an ever-rising number of passengers arriving and transiting. In 2015, some 23.3 million passengers came through the airport, and this year, that number is expected to reach more than 25 million. It is expected that by the next decade, the annual number of people flying through Abu Dhabi Airport will exceed 45 million. The airport will be the largest architectural structure in the Emirate. Additionally, beginning at the end of June, the Abu Dhabi Airport will implement a departure tax.

The Emirate is home to Sir Bani Yas Island, the only cruise-ship dedicated island in the Persian Gulf. Just off the shore from Al Gharbia, the island is set to host some 65,000 passengers from 39 different liners for the 2016-2017 season, which will start in October and end in May. Currently under development on Sir Bani Yas is a beachfront that will house three luxury resorts, wooden boardwalks, watersports facilities, and barbecue facilities. In addition, a nature reserve occupies much of the island, and there are 10,000-year-old archaeological sites. Developing Sir Bani Yas, which will also house amusement parks and museums, is in line with Abu Dhabi’s efforts to cultivate its allure beyond just the high-end; the island will be a means for the Emirate to show potential visitors that there is more than fine dining, luxury shopping, five-star accommodation, and beaches. The island only started hosting cruise ships last year, and the Emirate hopes it will be a means to boost the cruise traffic it sees. Abu Dhabi expects the coming cruse season to bring in 250,000 guests from over 150 vessels. In 2015, the Emirate saw a 16% increase in the number of cruise passengers, hitting over 231,000 tourists. It also reported a 20% increase in the number of vessels docking at one of its ports, at 113.

While Sir Bani Yas Island is posed to cater to history- and adventure-minded tourists, Yas Island, located just next to the airport, is the destination for families. There visitors will be entertained with malls, Yas Water World, Ferrari World, and, in 2018, a Warner Bros (WB) theme park. As of April, more than 30% of construction was complete on the WB park that will be located nearby Ferrari World. The theme park is planned to house 19 rides, and include a WB theme park as well as a cinema. The project is estimated to provide more than 1,000 new jobs. The $1 billion project is seen as an integral aspect to the Emirate’s plans to brand itself as an international entertainment destination. When completed, the WB theme park along with the other family-oriented attractions are expected to significantly boost tourism numbers on Yas Island, up from 2015’s figure of 25 million to 30 million by 2018.

Abu Dhabi is an Emirate of islands, and in the Saadiyat Cultural District, on Saadiyat Island, visitors will find the Emirate’s cultural free zone, which will soon be home to the Louvre Abu Dhabi, the Guggenheim Abu Dhabi, and the Sheikh Zayed Museum, as well as an opera house. The Emirate’s desire to bring the Louvre to Abu Dhabi started making progress in 2007, and while it was initially estimated to be complete in 2012, it is now planned to open by the end of 2016. Abu Dhabi initially paid $525 million to use the Louvre name, and agreed to pay an additional $747 million for management guidance, loans, and special exhibits. The museum complex will cover approximately 24,000sqm, with 6,000sqm dedicated to permanent collections and 2,000sqm to temporary ones. The design of the building, situated over the sea and covered by an enormous dome intended to mimic sun penetrating through a date palm, is meant to appear as a seamless merger of land and sea. Also under construction on the island is the Guggenheim Abu Dhabi, set to be complete in 2017. The 30,000sqm building will become the largest of the Guggenheim museums, and will host its own collection of contemporary works of Middle Eastern and Islamic art.

The Emirate is also becoming a hub for sports entertainment. Since the Abu Dhabi Sports Council was created in 2006 several international tournaments from a wide range of sports have been hosted by Abu Dhabi. It is also playing a leading role in supporting women in sports, founding the Sheikha Fatima bint Mubarak Sports Academy for Women, which seeks to promote and facilitate women in sports and build a suitable environment for women to train. The Zayed Sports City, which works closely with the Sports Council, was recently named “Best Sport and Recreation Venue” in the Middle East and North Africa region by the Sports Industry Awards. The city contains a number of sporting venues, including a stadium, ice rink, bowling center, football and rugby fields, and even a paintball arena. Last year, Abu Dhabi hosted the Cycling World Tour and the ITU triathlon, and this year will host the FINA Swimming 10k World Open Water Swim Tour. The Emirate also successfully won a bid to host the 2019 Asian Cup.