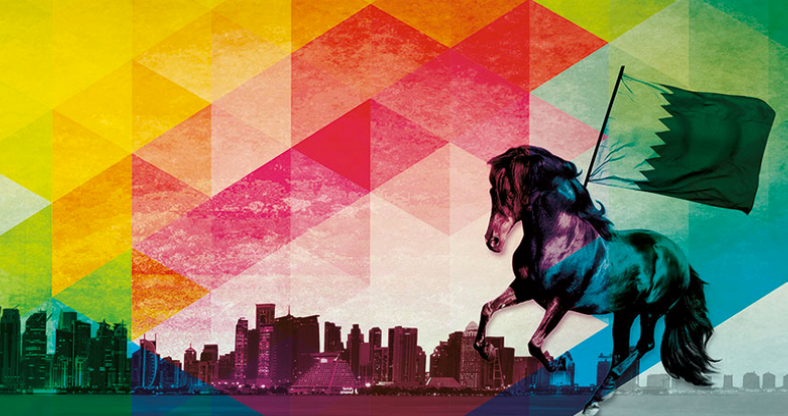 Share on:
Today, new technologies are enabling the reduction of one's carbon footprint through the efficient domestic and commercial consumption of energy when required, rather than simply when available.

The national animal of Qatar, the Arabian Oryx, does well in the nation’s arid desert climate. Yet, it is also a reminder that the desert only fails to encroach on the nation’s cities due to vast energy consumption. Aware of this precarious balance, the government has adopted urgent measures to ensure energy sustainability for tomorrow.

Recovering oil and gas output, plus ongoing momentum toward the 2022 FIFA World Cup, promise sustainable GDP growth of around 2-3%. This is underpinned by utilities, which contributed QAR864 million to GDP in 2Q2018. Industrial production, too, rose 1.4% YoY in July 2018. To ensure economic sustainability, energy in Qatar is increasingly being delivered within the smart energy framework of Qatar National Vision 2030. Such efforts are part of an economy-wide rationalization of resources that includes Qatar’s successful Tarsheed initiative, launched in 2012. It curbed electricity and water consumption by 14% and 15%, respectively, by end-2015. Furthermore, Qatar aims to produce 200-500MW of solar energy by 2020.

In December 2015, as part of a wider move to develop smart cities, telco Ooredoo pioneered a smart metering trial in partnership with Lusail Real Estate Development Company (LREDC) and assisted by Qatar General Electricity & Water Corporation (Kahramaa). Its findings were to be channeled into the intelligent urban landscape of the future, Lusail City. Lusail is the country’s first smart city and is specifically designed to reduce power consumption and harmful effects on the environment. Ooredoo was selected for the range of smart services in its next-generation portfolio under development at its OASIS Lab—services that include smart home automation, the Internet of Things (IoT), and other platforms for a smart city.

Smart metering not only fosters consumer awareness, but also builds energy savings into the very fabric of an intelligent grid relying on both wired and wireless data communications. At the time, LREDC CEO Essa Kaldari remarked that apart from making “practical financial and environmental sense to use smart meters, (…) the system represents just one section of a much larger centralized infrastructure network, which provides world-class, centrally-controlled services in Qatar.” As of end-2016, 15,000 such meters had been installed, and the plan is for every new building in the Qatar to have them, as earlier targeted by Kahramaa.

March 2018 saw the opening of the Iberdrola Innovation Centre Middle East in Qatar Science and Technology Park. This is a three-way partnership between Spanish Iberdrola, Moldovan ADD Grup, and sovereign wealth fund Qatar Investment Authority (QIA). Its purpose, to develop solutions that span energy and ICT technologies, is strongly supported by the pedigree of its constituent bodies. Iberdrola is Spain’s preeminent electric utility firm and a strong international energy player. Throughout 2017, it invested over EUR246 million in R&D&I predominantly geared toward clean energy, intelligent systems, customer solutions, and digital transformation. This marked a robust 17% YoY increase. Meanwhile, ADD Grup is a developer and builder of smart metering solutions, whose leading product is the ADDAX IMS system enabling electricity and multi-utility metering and streetlight management. With over 20 years in the field, it has completed projects in close to 30 countries, with around 6 million consumers use its products. The resulting information exchange is, then, a springboard for meeting targets of the Qatar National Vision 2030.

Industry data puts the smart metering market at just over 16 million units by 2022, with 86% of residential and commercial property among Gulf countries seemingly set to have installed such meters by then. It is this intelligent digitization of the energy grid that will make sustainable energy in Qatar all part of the service.