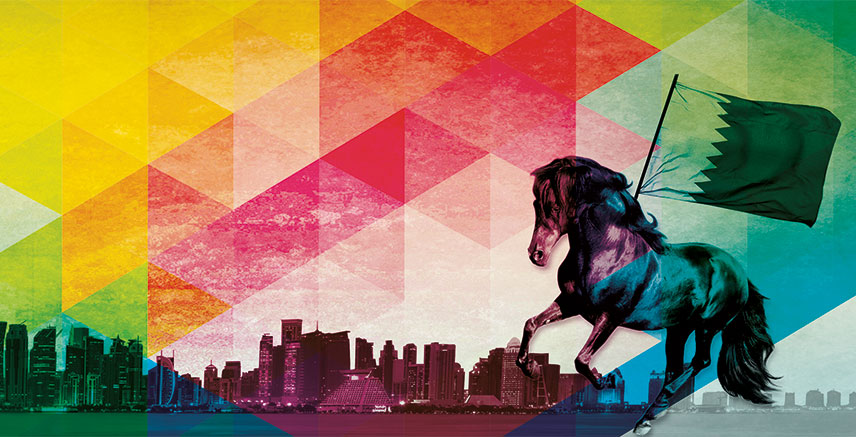 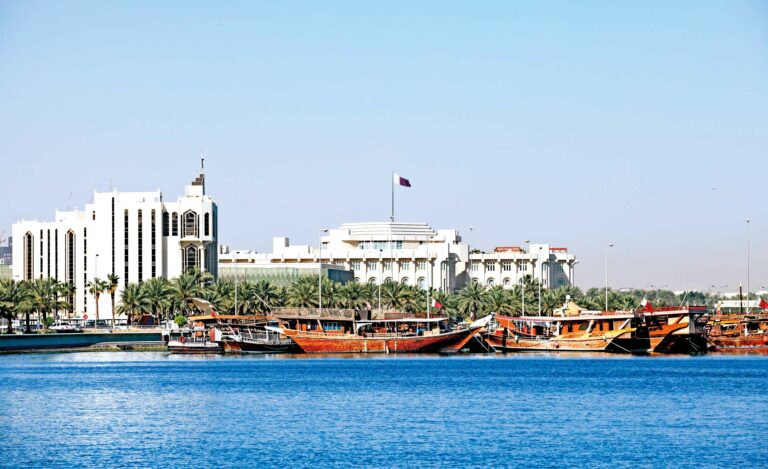 Qatar is looking to mend relations with its neighbors and create a more stable and peaceful GCC.

The Middle East is a notoriously unstable place, non-so much as over the past decade. With the conflict in Syria slowly drawing in more and more countries, as well as Saudi Arabia’s conflict in Yemen, politics in this part of the world can be challenging even for the most seasoned diplomat. Qatar has historically adopted an open foreign policy approach and used soft power tools, such as media, education, culture, sports, tourism, and humanitarian aid to gain influence with its neighbors and the wider region. Doha’s strategy has also been to create good relations with its neighbors through the formation of strategic alliances. This has usually worked well for Qatar, but with the Arab Spring came a change in the geopolitical landscape of the region; hence, a change in tact in the country’s diplomatic approach. Qatar has, and always will, focus on the consolidation of peace and stability, which is one of the foundations of the country’s constitution. Qatar is a firm believer in resolving international disputes through peaceful means, dialogue, and diplomacy. It believes in supporting the rights of self-determination and non-interference in the internal affairs of other states. In line with these principles, Doha has often taken the role of mediator in international disputes.

Under the reign of His Highness Sheikh Hamad bin Khalifa Al-Thani between 1995 and 2013, relations between Doha and Tehran had warmed significantly. This relationship even caused problems for Qatar as Riyadh felt that Doha was pursuing its own interests over that of the GCC’s collective security. After the outbreak of the Arab Spring, the rivalry between Saudi Arabia and Qatar over this issue featured prominently in the media. Numerous disputes in the past, including border disputes and interference from Riyadh in domestic politics, prioritized Doha’s strategy in the 1990s of breaking from Saudi Arabia’s geopolitical orbit. Deepening relations between Tehran and Doha means a breaking from Saudi’s influence, allowing Qatar to pursue its own diplomatic path. Unlike many GCC states, Qatar has often viewed Iran as part of the solution of regional security and not the cause of its instability. This is in line with Qatar’s principle diplomatic philosophy, in that disputes are best solved through dialogue.

After the abdication of his father, HH Sheikh Tamim Bin Hamad Al-Thani changed the direction of Qatar diplomatic efforts. In March 2014, Saudi Arabia, Bahrain, and the UAE recalled their ambassadors from Doha, with Saudi Arabia even threatening a blockade of the country. The Emir of Qatar then embarked on a mission to mend relations between Qatar and Saudi Arabia and the rest of the GCC members. By November of the same year, the three countries had allowed their ambassadors to return to Doha. Recently, Doha and Riyadh have been seeing eye-to-eye on more occasions, such as the in the conflict in Syria and that of Yemen. This has helped ease tensions between the two monarchies, and a more softened tone has emerged. A more visible change has been Saudi’s softened approach to the Muslim Brotherhood, a group that Qatar has long backed. Saudi Arabia is now beginning to view the group more positively and as a possible ally in creating support in the region. Saudi Arabia also views Turkey’s support of the group with far less anxiety. Doha is now looking to create a balance in relations whereby it is possible to reap the benefits of improving relations with Iran while at the same time cementing relations with Saudi Arabia.

Moving forward, Qatar has adopted an open-door policy in which it is open to dialog on issues that affect it with all feasible parties. The authorities are also paying increased attention to internal affairs and are looking to address some of the issues that are impacting its reputation in the international media, such as challenges related to managing a large expatriate workforce. Qatar does not deny there is an issue when it comes to some of the conditions workers find themselves in and has ordered the relevant departments to initiate legislation to address the problem. With an increased international eye on the country due to the 2022 FIFA World Cup to be held in the country in 2022, Doha is keen to keep the Qatar brand and its reputation intact. While its diplomats are working abroad, business leaders and government ministers back home are working on the Qatar National Vision 2030 (QNV2030). Launched in 2008, the aim of the QNV2030 is to transform the country into an advanced, sustainable society. The vision is split into four main pillars: economic, social, human, and environmental. Qatar currently holds 13% of the world’s natural gas reserves, which places it third globally. With the shift toward gas over recent years, this puts Qatar in a strong position both diplomatically and economically. What the QNV2030 hopes to do is use its current advantage to create a sustainable economy that is beyond hydrocarbon revenues.

ALL IN GOOD AID

Since the beginning of the Syrian conflict in 2011, Qatar has given $1.6 billion in aid to support displaced Syrians. Through this aid, the Qatari government has strived to ease the difficult humanitarian conditions that Syrian people are struggling with. This Qatari aid has included food, clothes, medicine, and shelter. Moreover, in April 2015, Qatar announced the establishment of a special fund for education of displaced Syrian children. Even more recently, HH Sheikh Tamim Bin Hamad Al Thani sponsored 100 displaced Syrian children to study at the prestigious Paris Sorbonne University. And while much of the current international focus has been directed to the Syrian conflict, the ongoing civil war in Yemen continues to pose significant security challenges to the region. Despite Saudi Arabia spearheading the coalition of nine Arab states, Qatar has demonstrated its continued support to the Yemeni government through humanitarian aid. As a result of the Saudi-led airstrikes and naval blockade, much of the Yemeni population has been left in dire need of food, water, and medical aid. Since April 2015, Qatar has sent routine missions via ground and air to deliver relief materials. Moreover, Qatar Charity has recently implemented an urgent relief project aimed at benefitting 600 Yemeni refugee families in Somalia and some Somali returnees from Yemen. The project is being implemented through Qatar Charity’s office in Somalia as part of its relief campaign “Yemen, We are With You.” Since its launch, “Yemen, We Are with You” has benefitted a total of 130,000 people and is aiming at providing assistance to more than 1.2 million conflict-affected people.