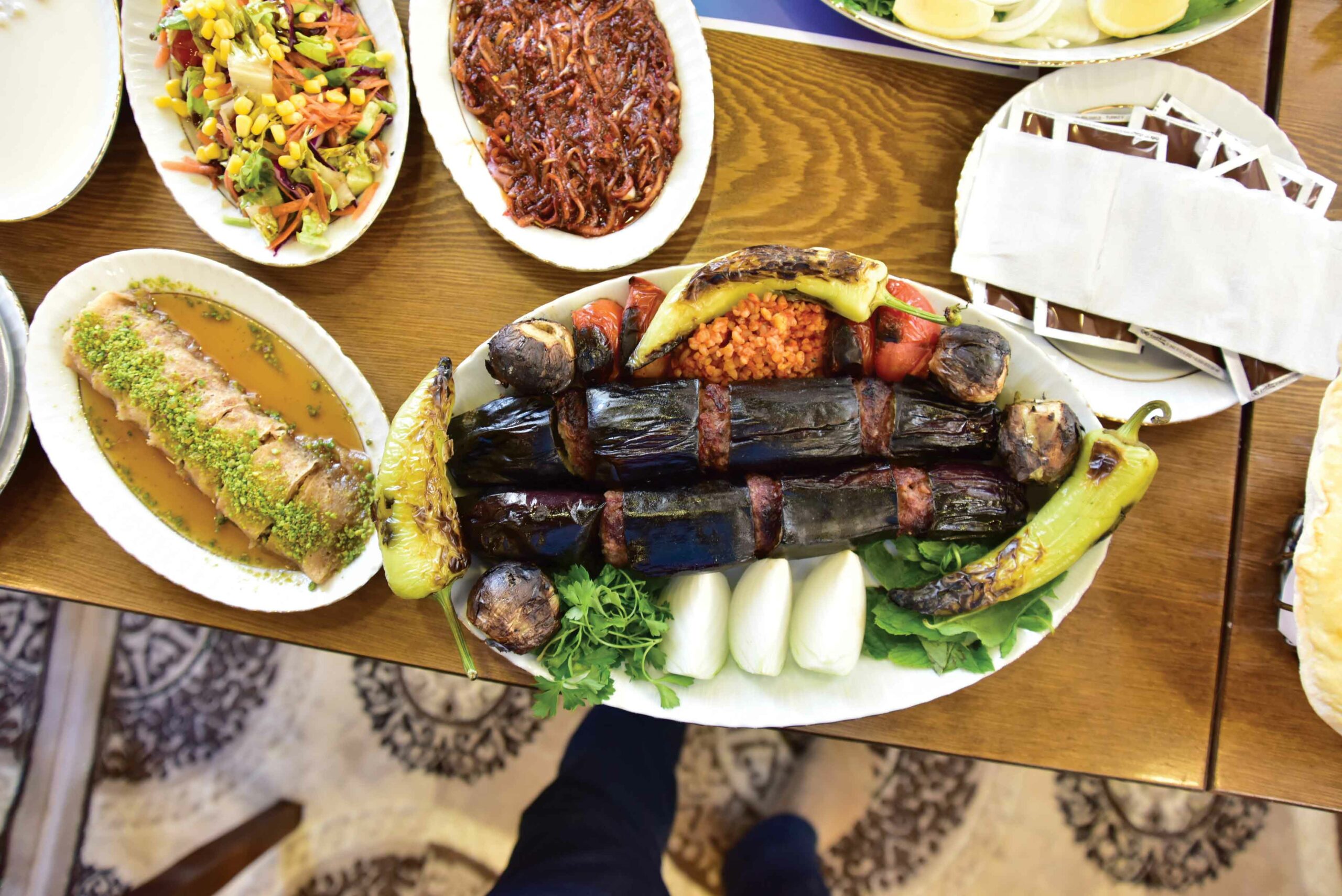 Share on:
The tastes of Anatolia are the stuff of legend, with fresh, natural, and creative dishes still at the heart of Turkish cooking.

One of the world’s foremost mysteries is the perplexing omission of the kebab from the great tomes of monotheism and the annals of Confucius. Homer alone of the ancients wrote in detail on its role in feasts devoted to Apollo in salivating words his American namesake would drool over. In modern day Turkey the legend lives on through an eye-watering selection of regional specialties that cast a superior eye over the unworthy western after-party fuel that dominates many a European high street. From the ubiquitous Döner, to the spicy Adana, yogurt infused Iskender, and grilled shish kebab, there is no end to the creative variety. Like many a national product, outlets range from devoted connoisseur establishments to nut and bolt stalls peppering the streets. Businessmen, cloaked old ladies, and children alike are the everyday consumers of what is a much healthier meal than its western reputation might have you believe.

With the Aegean, Marmara, Mediterranean, and Black seas all within access to Turkey’s busy ports, and a meandering network of fresh water rivers, it is no surprise that fish is a principal ingredient on any menu. Anchovies, trout, swordfish, and sardines are staples while fried mussels and squid are popular local snacks at any seafacing locale. Poached, grilled, cooked as a kebab, or constituting a wholesome soup or meze, fish dishes represent an endless array of choices for those stomachs seeking respite from the starchy meat laden norm. Popular dishes include hamsi (anchovies) coated in flour and plunged in oil, midye (mussels) filled with rice and sprinkled amply with lemon juice, levrek (sea bass) with crunchy roast potatoes, balık dolma (stuffed fish), and all kinds of barbecue wafting through the summer air.

A wise man once said that while the West eats yogurt as a snack, the Turks use yogurt. From kebabs to Aryan it is incorporated into almost any dish. Even the word itself is derived from Turkish, and while supermarkets have entire rows devoted to a multitude of variations, a startling 50% of the fermented dairy is still hand crafted in villages and bazaars across the nation. Whereas in Europe and America the focus leans towards flavors, fat content, branding, and snacking, in Turkey the range is overwhelming yet still exclusively doğal, or natural. The subtle differences range from crusted textures, a variety of milks, minute-crafted alternatives depending on regional tastes, even appetite, the time of day, and weather conditions come under careful scrutiny. Eclipsed by its more famous Greek cousin, Turkish yogurt remains a hidden treasure worth devouring.