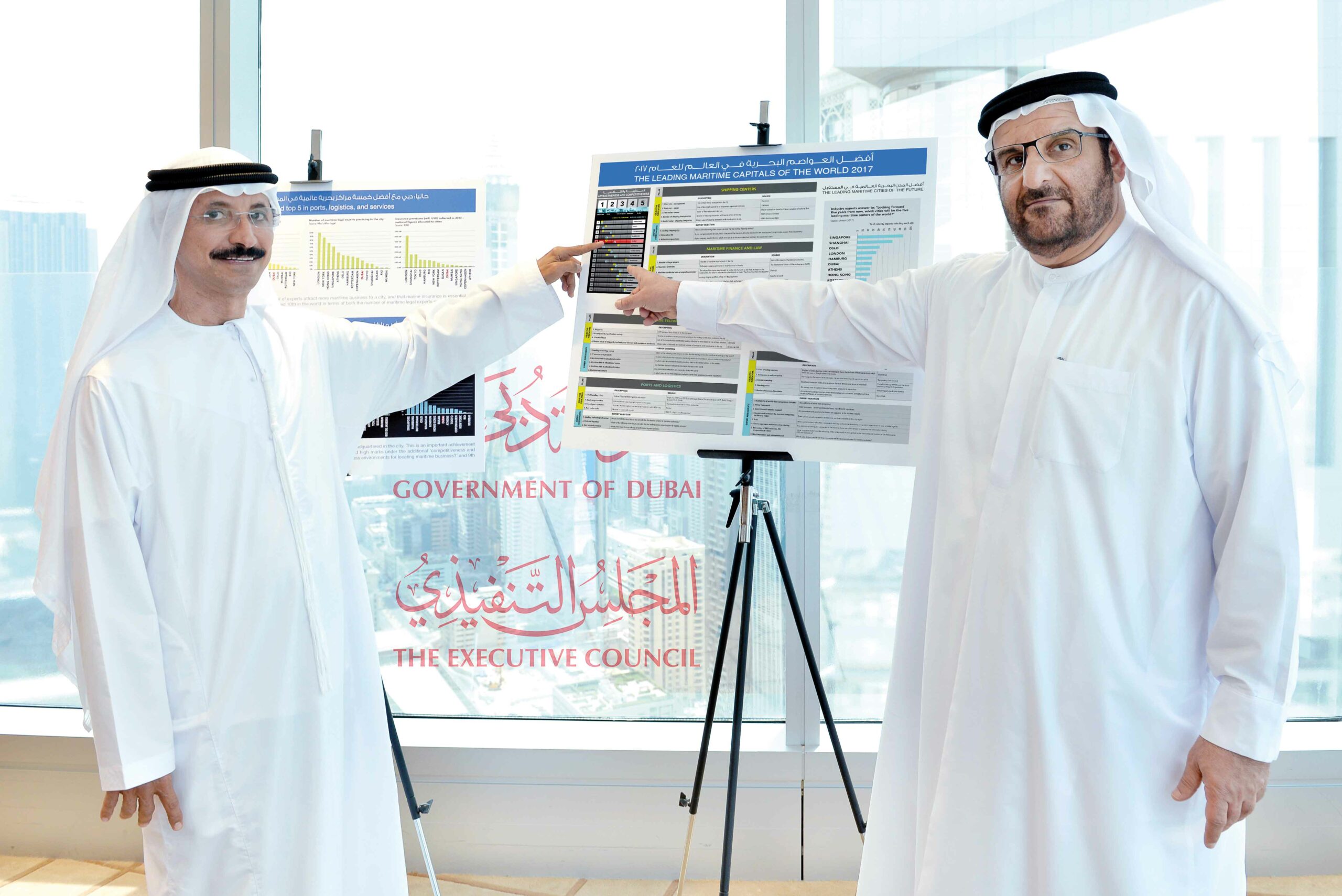 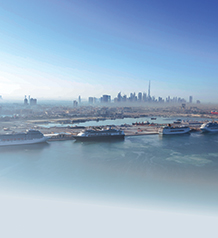 Dubai's undisputed status as a global maritime hub, reinforced by a recent Menon Economics report that ranked Dubai fifth in the world in maritime capitals in terms of attractiveness and competitiveness, benefits from a regulated sector where investment keeps it at the cutting edge.

With a long pedigree as the most utilized commercial port in the Arabian Gulf, the Emirate of Dubai, like the wider nation, is today recognized as a vital maritime hub, boasting leading-edge facilities and operating technologies. The maritime sector generates AED26.9 billion annually for Dubai’s economy, totalling 7% of GDP. A deeper look at the number also reflects the growing strength of the industry; the sector generates 76,000 jobs over more than 5,500 companies involved in 13,000 activities. The sector grew 25% from 2011 to 2015.

The success of Dubai in this regard was confirmed in a 2017 report from Menon Economics of the leading maritime capitals of the world. The report benchmarks maritime cities based on shipping, finance and law, technology, ports and logistics, and an overall evaluation of attractiveness and competitiveness. Dubai especially exceeded in the latter category, placing fifth behind only Hamburg, Copenhagen, Oslo, and Singapore. One of the most attractive aspects of Dubai in this respect is its policy framework, including taxes, subsidies, and regulations, with “50% of the experts in Dubai regard(ing) the policy framework (as) highly attractive,” the report states. Dubai was also ranked alongside Hamburg, London, and Copenhagen in terms of innovation and entrepreneurship based on the opinions of a host of experts, a fact that is unsurprising considering the efforts of His Highness Sheikh Mohammed bin Rashid Al Maktoum, Vice President and Prime Minister of the UAE, and Ruler of Dubai, who is keen for Dubai to remain on the cutting edge of disruptive technology. All together, the maritime industry is hastening Dubai’s transformation into one of the world’s most important business centers.

Any sector of global reach and fundamental economic significance can only flourish in a solid and internationally relevant regulatory environment. The International Maritime Organization (IMO) is a United Nations agency promoting the adoption of a global regulatory shipping regime for maritime safety and security, as well as navigational efficiency and pollution control. As Secretary-General Kitack Lim explained, “The world is no longer prepared to accept services or industries that are simply cost-effective. We now demand them to be safe, green, and clean, as well as efficient.” To better leverage the Emirate’s geostrategic advantage in the shipping sector, the Dubai Maritime City Authority (DMCA) was established in 2007 to foster best international practices. The DMCA is instrumental it many ways, including the promotion of the sector internationally. In late 2016, the DMCA organized the Middle East’s first comprehensive maritime event in Dubai, during which the DMCA also hosted the Maritime Leaders Summit, a meeting of top-level minds from the international maritime community. DMCA is also gearing up for the return of Dubai Maritime Agenda in October 2017. Building on the success of the inaugural Agenda in 2015, the second Dubai Maritime Agenda event will include a wide program of conferences examining the global outlook for the shipping industry, maritime arbitration, innovation in shipping technology, finance and the role of shipping banks, and maritime clustering, and is expected to attract high-profile guests from around the region and beyond.
Training…
The Dubai Maritime Sector Strategy (MSS) aims to transform Dubai into a global maritime training and education hub. A century in the business, Maersk is all but a synonym for shipping. Regional Managing Director of Maersk Training, Vijay Rangachari, explained in a TBY interview the firm’s training focus on the maritime, oil and gas, and crane industries. “Stakeholders like DMCA are critical in helping the industry have the right dialog around raising the standards for safer and more efficient operations.” He tellingly recounted how, “The industry in the region loses tens of millions of dollars annually due to downtime incidents, which can be easily avoided by addressing the underlying issues around competency and people skills.”

Emirates Maritime Arbitration Centre (EMAC) opened in November 2016. Its outward objective is to provide an alternative to time-consuming and costly litigation in an industry dependent on turnaround times. The global nature of the shipping business means companies prefer confidential arbitration, reportedly on average taking between six and 24 months to resolution, to lengthy procedures based on local legal systems. Dispute resolution processes executed by EMAC conform to the rules operative at the Dubai International Finance Center (DIFC), where EMAC is based, and conform to English Common Law. New legislation also brings an end to parallel actions in court. Yet EMAC’s wider remit is to promote the local maritime sector internationally through a membership network comprising sector players and to relay their wishes and concerns to the government. EMAC may sign an MoU with the London Maritime Arbitrators Association (LMAA) for wider cooperation; international reach narrows the geographic gap for arbitration processes. The organization has also bid for Dubai to host the International Congress of Maritime Arbitrators in 2019 or 2020.

The total number of vessels utilizing Dubai’s ports in 2016 came in at 21,868, according to data from the Dubai Statistics Center. Standing out, the mighty Jebel Ali port complex, which underpins the entire industry, handled 14.766,519 TEUs in 2016, according to the Dubai Statistics Center. Of note, the comprehensive nature of the Emirate’s shipping sector is exemplified by the “other” category in official Dubai Statistics Center shipping data, accounting for close to 14,714 vessels in 2016. These vessels are predominantly smaller break bulk cargo ships stemming from as remotely as South Asia and East Africa, and which are at the heart of Dubai’s lucrative re-exporting and free zone activities.

Modest beginnings as an overflow facility for the port of Mina Rashid in the 1970s belie Jebel Ali’s subsequent meteoric rise to become the world’s largest manmade harbor. Its operator, state-owned DP World, also ranks high among port managers. DP World printed a 3.2% climb in gross container volumes in 2016 and 6% YoY growth in volumes in 4Q2016 alone. According to Arabian Business, this was despite Moody’s December reduction to ‘negative’ of its 2017 outlook for the global shipping industry. Today, it has a portfolio of over 80 terminals on six continents and claims an approximate 9% global market share, ranking it among the top-five players, with a daily handling tally of over 170,000 TEUs. Testament to long-term thinking, Jebel Ali accommodates the largest vessels in the world, despite a doubling of the average container ship size over the past decade. The firm, whose facilities are used by over 180 shipping lines, provides over 90 weekly services connecting over 140 ports worldwide. And meanwhile, on annual investment of around USD1 billion, current total handling capacity is set to top out at 22.1 million TEUs by 2018.

Connectivity rules in logistics, and Jebel Ali exploits DP World’s intermodal connectivity that links up sea, land, air, and soon rail, with the Jebel Ali Free Zone (Jafza) boasting over 7,300 international companies. Back in 2014, DP World made a bigger commitment to the future of Jebel Ali by splashing USD2.6 billion on Economic Zones World (EZW), the operator of Jafza.

Dubai’s appeal as a tourism and entertainment destination is rising, and many arrive afloat, notably at the Mina Rashid cruise port stretching around 2 million sqm, and able to accommodate 25,000 passengers at a time at its terminals. Mina Rashid, among a handful worldwide, can berth seven mega-cruise liners at once. Capacity was upped in 2015 with the addition of a third cruise terminal suitable for handling 14,000 passengers simultaneously. Meanwhile, coastal trade berths, general cargo, and roll-on roll-off facilities for car imports/re-exports are destined for relocation to Jebel Ali.

Sustained investment in port capacity and the fostering of a skilled workforce guarantee the future prosperity of Dubai’s maritime sector and its status as a hub that facilitates commerce between East and West. 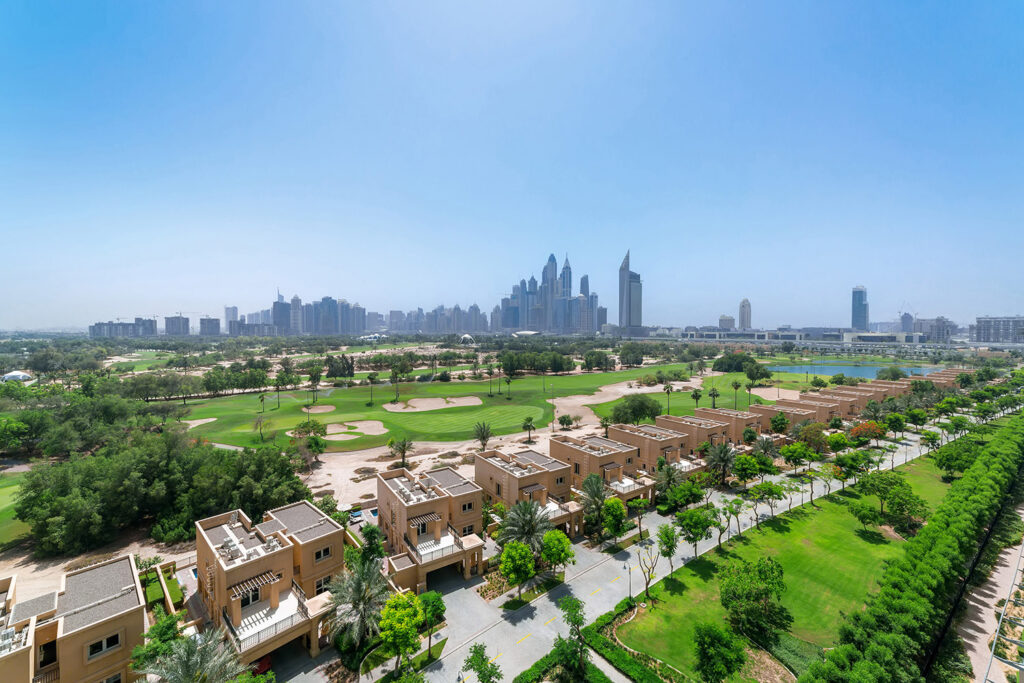 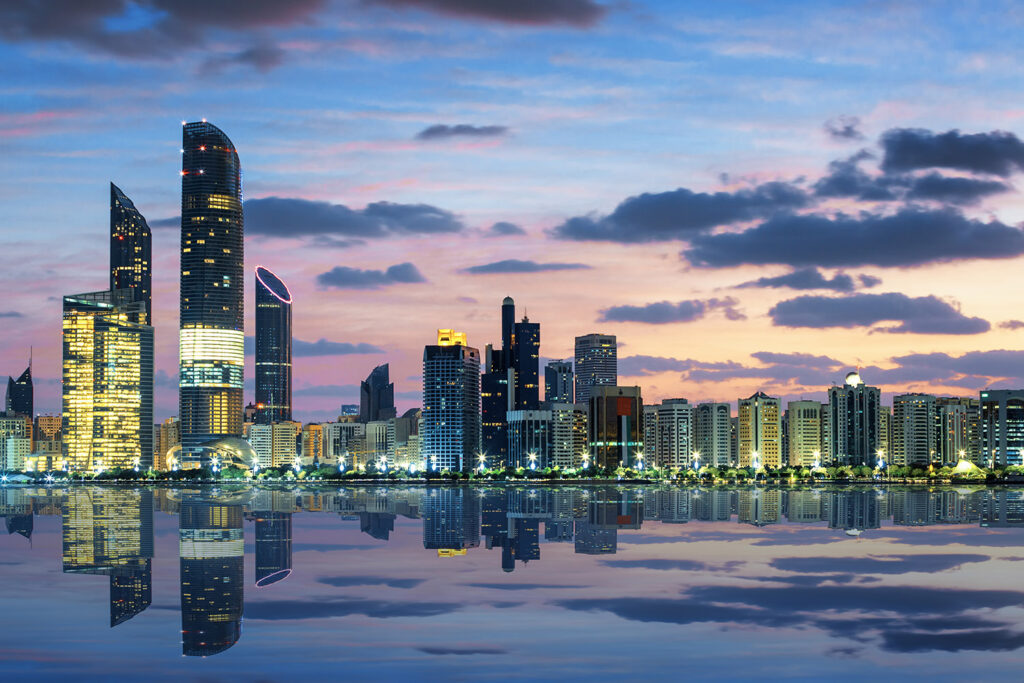 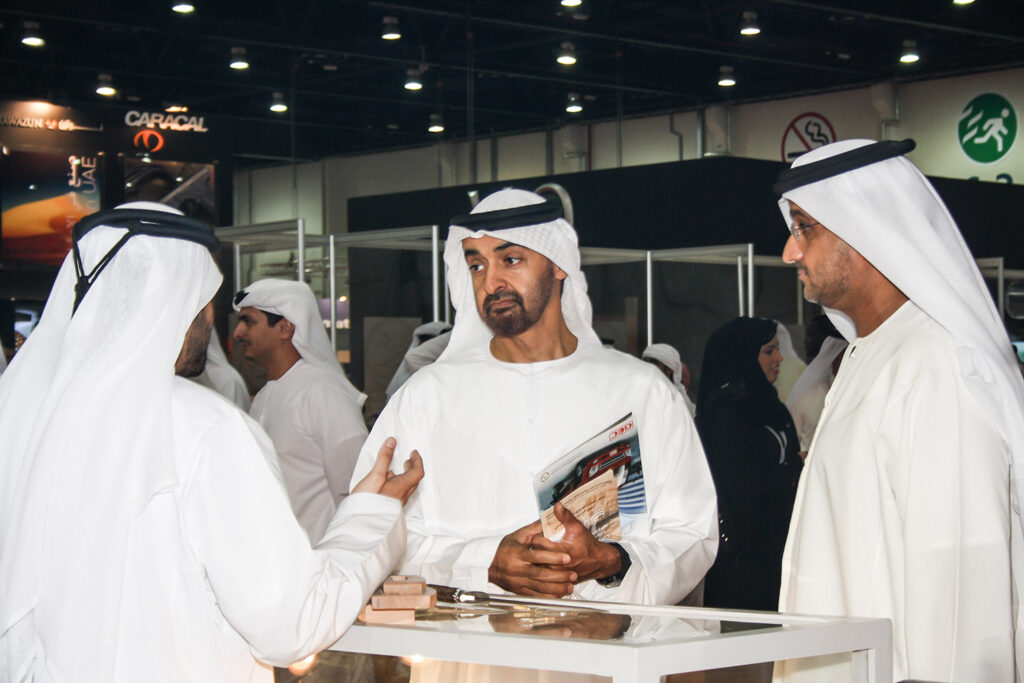 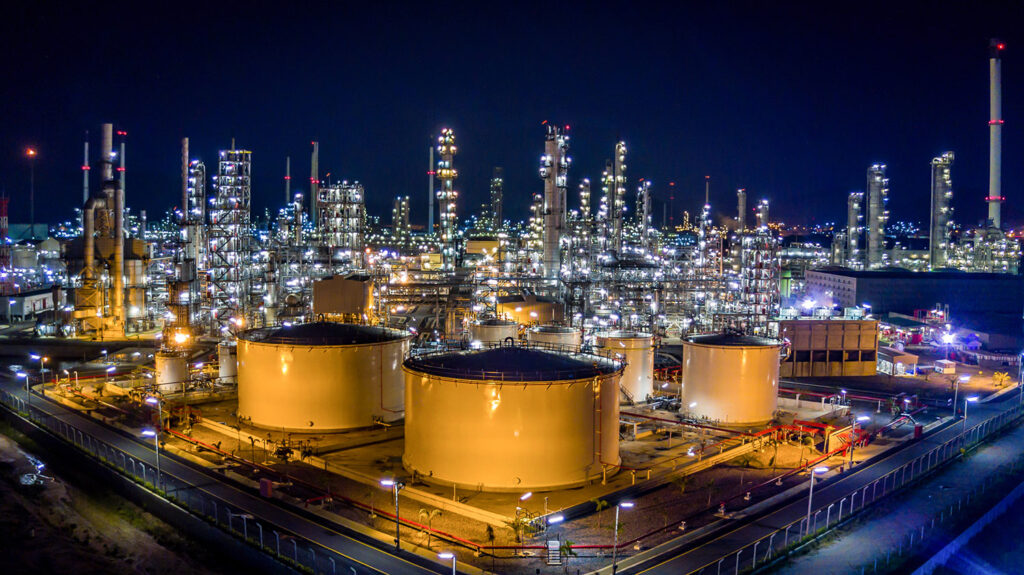 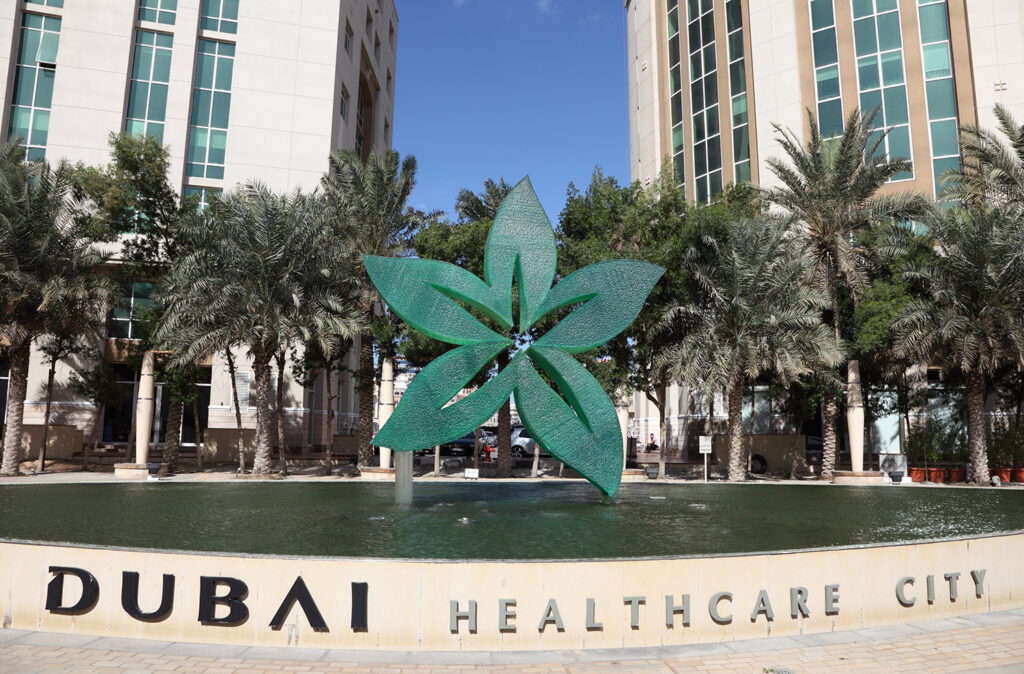