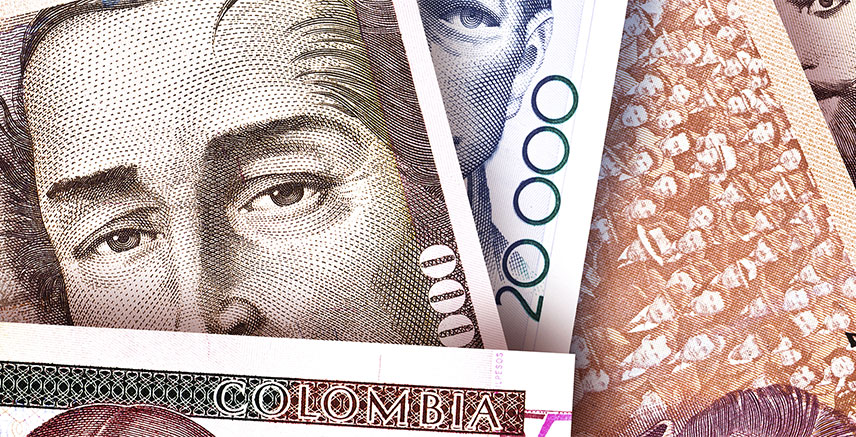 Share on:
Colombia's banking system has never been a sideline observer of domestic politics and the global headwinds that determine the broader economy.

In 2015, World Bank data placed Colombia among the region’s fastest growing economies, due to astute macroeconomic and fiscal management. And regarding the peace dividend, president Juan Manuel Santos expects the economy to grow annually by an extra percentage point once the six-decade armed conflict concludes. Meanwhile, giant infrastructure undertakings, too, are reflected to the financial sector, notably the 4G road project. A component of Medellí­n-based Grupo Empresarial Antioqueño (GEA), Bancolombia, the nation’s largest bank by assets ($46.6 billion in 2Q2016), boasts the largest involvement among local banks in the 4G Program, with roughly $390 million invested in four out of five 4G road development projects to have secured funding thus far, according to WorldHighways.

Yet externalities such as the weak oil and commodity environment and Chinese deceleration have combined with rising inflation (a 16-year high took inflation to 8.97% in July 2016 from 8.60% in June, according to the National Administrative Department of Statistics (DANE). The Central Bank’s (Banco de la República de Colombia) interest rate hikes since 3Q2015 should, by 2017, steadily bring inflation back toward the 2-4% target range. The interest rate has averaged at 8.77% percent since 1998.

Growth, too, slowed from 4.6% in 2014 to 3.1% in 2015. Before recovering in 2017, forecasts point to a further decline to 2.7% for this year. The heavy depreciation of the peso, where the USD rose to COP3,052 in March 2016 from its 2014 average of COP2,000, has taken its toll as well. As Lorenzo Garavito, President of HBI Banca de Inversion, told TBY, “The devaluation started at the end of 2014, but accelerated in the June-July period, which created uncertainty in the industrial market.” This environment curbs debt service capacity among consumers and corporations, while also dampening credit demand. In 2015 domestic credit to the private sector, while at 47% of GDP, was down 10.5% YoY. Slower loan growth brings moderate improvement to banks’ loan-to-deposit ratios. And yet as sector players find themselves competing for a limited supply of deposits, they have opted to raise rates to net more retail funds, whereby funding costs have climbed.

The diagnosis of the financial sector is one of broad, if challenged, health. The local banking sector of 24 players is systemically regulated to ensure manageable capital adequacy. Financial services’ stake in GDP rose 4.2% YoY in 4Q2015, spurring economic growth. As of December 31, 2015, Colombia’s financial system had assets of COP500 trillion while the compounded annual growth rate (CAGR) of assets in the 2011-2015 period was a robust 14.3%. Gross loans stood at COP352 trillion (CAGR of 15%), gross deposits were at COP306 trillion (CAGR of 14.7%), and net income was at COP9.6 trillion (CAGR 10.9% for the period).

Since 2000, Colombia’s financial services sector has seen inflation-adjusted growth of 78%, in the process becoming the greatest contributor to GDP, at 18.78% by 2013. Local banks oversee over 75% of the domestic market. Over time, saturation has widened larger player’s international horizons to 21 Latin American nations. Since the global financial crisis of 2008, Colombian banks have acquired the assets of European institutions in Latin America at an investment rate of $11 billion. Bancolombia leads the field (29%), having invested around $3.2 billion in Central American acquisitions since 2010.

In January 2016 Fitch Ratings reviewed Colombia’s state-owned financial institutions, of which just one, Banco Agrario de Colombia (with a market share of 4.94%), is a bank and focused on the rural sector. The other institutions are Banco de Comercio Exterior de Colombia S.A. (Bancoldex), Financiera de Desarrollo Nacional S.A. (FDN), and Financiera de Desarrollo Territorial S.A. (Findeter). They are worthy of mention in terms of their support of specific sectors, namely infrastructure, agriculture, export finance, and business development. Fitch affirmed the national and international ratings of the four as BBB with a “stable” outlook, while wholesale lenders Bancoldex, FDN, and Findeter were singled out for NPLs at or close to 0%.

And on July 27, 2016 Moody’s Investors Service changed its outlook for Colombia’s banking system to “negative” from “stable,” citing likely slippage in business volumes and asset risks as low oil prices plague the economy. The agency argued that declining profitability would impair banks’ ability to support weak capital levels through retained earnings. And while it recognized that Colombian banks were building defensive reserves in anticipation of loan delinquencies, it noted their “reliance on low quality capital instruments that do not provide meaningful loss absorption prior to the point of failure or meet international standards.”
Banks also have exposure to the oil and gas sector. As of March 31, 2016, for example, Grupo Aval (owning Banco de Bogotá, Banco de Occidente, Banco Comercial AV Villas, and Banco Popular, on a one-third market share), had a $1.6 billion total exposure, at 3.5% of consolidated loans. Incidentally, as of December 31, 2015 Grupo Aval’s four banks had 27.8% share (COP140.5 trillion) of sector assets, followed by the nation’s largest player, Bancolombia, with 23.1%. The group also held 27.7% of total net loans (COP96.4 trillion), 28.2% of deposits (COP86.3 trillion), and 34.2% of net income (COP3.1 trillion) as of December 31, 2015.

…BUT CREDIT WHERE DUE

The IMF’s annual review for 2015 described the financial universe as resilient to global shocks. It added that household indebtedness was also in check, and that lending was in step with the business cycle, with total domestic credit growing 11% YoY in February 2015. The non-performing loan ratio was healthy at 2.8% for the year among private sector banks. Among the total loan portfolio, commercial loans and mortgage financing climbed 15% YoY as of September, while consumer credit slipped to 11.7% from 13% YoY.
Three banks, Bancolombia (27% market share), BBVA (24%), and Davivienda (17%) hold close to 80% of the mortgage market. Yet the prognosis is for continued growth from this low base in the historically low interest rate environment. According to ElColombiano, just 971,493 mortgages were registered in Colombia as of 2014, equating to a meager mortgage penetration rate of 3%. DANE numbers reveal that as of March 2014, the outstanding mortgage balance was at COP41.44 billion, amounting to 5.5% of GDP. This compared to outstanding mortgage balances of 8% in Brazil, 18% in Chile, 36% in Japan, 62% in Spain, and 79% in the US, while in Holland, Denmark, and Australia, the figure was at around 100% of GDP.

The Santos administration wants to boost financial inclusion among citizens and, importantly, Colombia’s SMEs by geographical coverage as at the end of 2013, out of 1,102 municipalities, just three towns lacked a bank and just one had zero coverage by any type of financial institution. Tellingly though, while Colombia’s banked population stands at 62%, available data reveals that around 30% of the adult population with a savings account is inactive, a result of the extensive informal economy. In October 2015 the Inter-American Development Bank (IDB) extended a $500 million loan to Colombia to prop up financial system reforms and facilitate government’s goals. An notable sectoral advance had come that January when Colombian banks adopted International Financial Reporting Standards (IFRS) reporting, at a stroke improving financial disclosure.

The financial sector, while buffered by macroeconomic realities, remains systemically resilient. It also stands to be a beneficiary of major changes at home, both structural and political over the years to come.