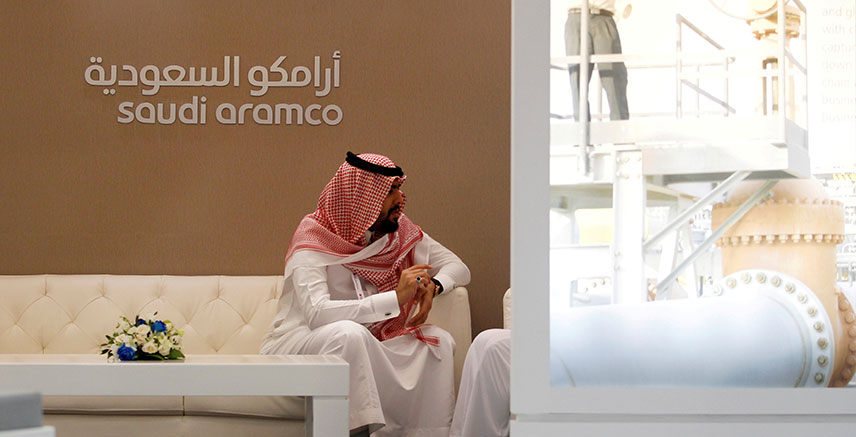 Time for a Change

The applicable corporate income tax rate on state oil producer Saudi Aramco was lowered last week in an attempt to allure international investors to participate in the firm’s long-awaited IPO, expected to take place in 2018.

Amin H. Nasser, President & CEO of Saudi Aramco, announced the reduction of the company’s tax rate from 85% to 50% in a press release. “The new tax rate will bring Saudi Aramco in line with international benchmarks,” he asserted.

The 35% tax cut was welcomed in international markets as it will allow the world’s largest oil producer to allocate hundreds of millions of dollars to E&P and downstream activities, or else to increase dividend payments instead of only contributing to the Saudi state fund.

Either of those two scenarios are appealing for those international funds looking to add a chunk of Saudi Aramco to their portfolios.

“We see it as an important move that will provide the company with a larger revenue to expand its operations in the short-run,” noted Armando Rodrí­guez, oil market analyst for Signum Research, in a conversation with TBY.

However, while this tax relief increases the attractiveness of the company in the eyes of foreign investors, the amount of money that the Saudi state will receive from Aramco will diminish significantly in the short term.

The value of the company could be over USD2 trillion, according to S&P Global Market Intelligence.

The petroleum sector represents about 55% of the Kingdom’s GDP, leaving the Gulf nation heavily dependent on crude prices which tanked a year ago and hit their lowest price at around USD30. The commodity is still trading weakly compared to its performance three years ago.

The market has improved steadily, albeit gradually, particularly after OPEC members agreed upon a production cut to reduce the current oversupply, allowing the per-barrel price to rise above USD50. “OPEC countries trimmed their production output by nearly 5%, an amount that was enough to encourage a price hike,” Rodriguez added.

With the Saudi Aramco IPO, the Kingdom will attempt to raise as much capital as possible to finance the Saudi Vision 2030.

But with Brent barrel oil prices not surpassing USD55 since mid-2015, and the days of USD100 barrel prices long gone, the timing of the IPO might not be ideal.