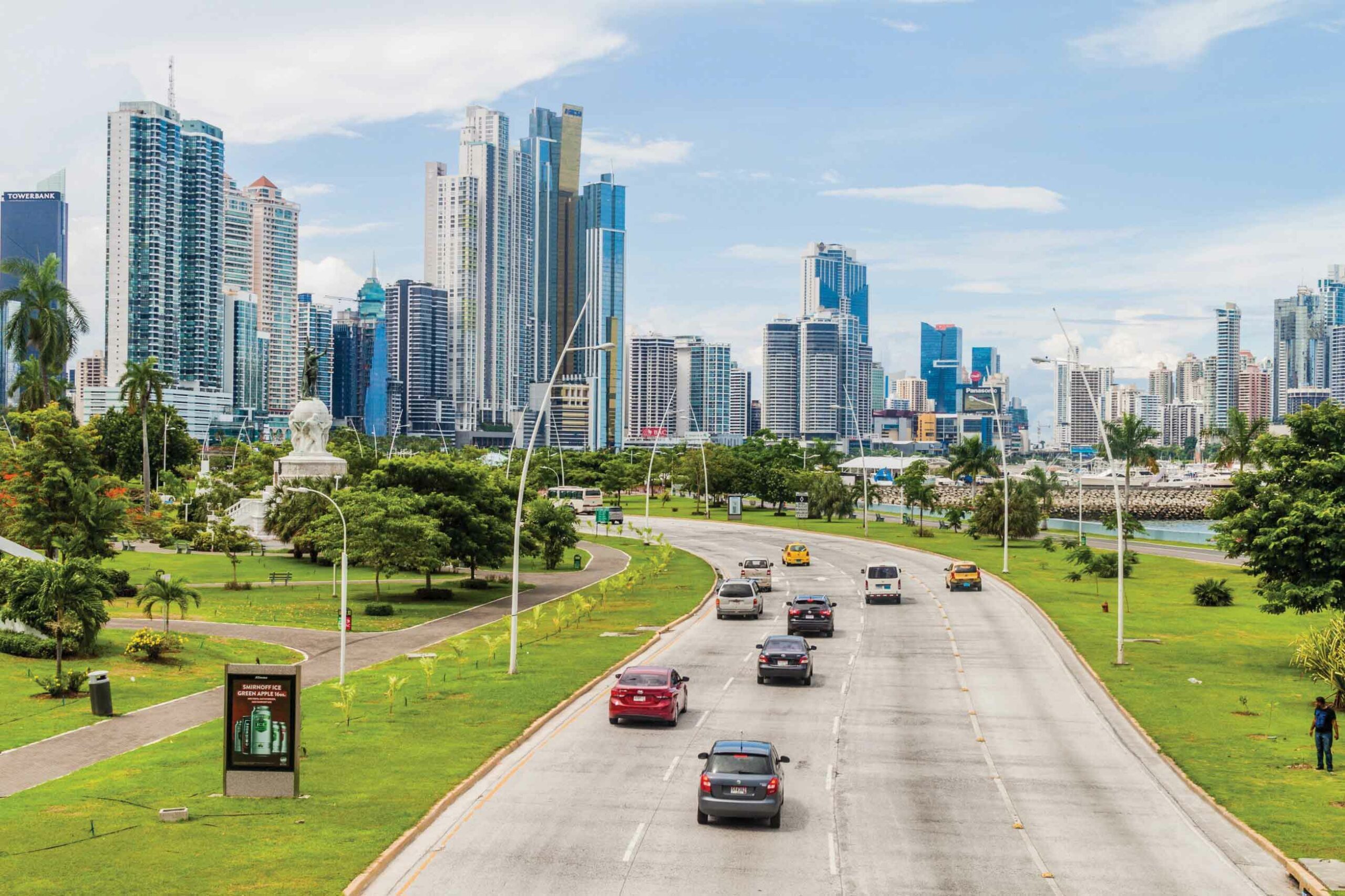 Share on:
Anation’s reputation is rather like a left shoe, in that once lost, what is left over will only get you so far. Panama’s reputation on the international stage, while not […]

Anation’s reputation is rather like a left shoe, in that once lost, what is left over will only get you so far. Panama’s reputation on the international stage, while not lost as such, certainly took a bruising in 2016, as the Panama Papers revealed 11.5 million examples of a past the country would much rather forget. Meanwhile, public protests have targeted Brazilian constructor Odebrecht, which admitted to internationally bribing its way to public contracts. Protests have also underlined that the economy, though relatively vibrant in and of itself, as we shall see, remains far from equitably distributed, with poverty lingering at a quarter of the small population of around 4 million, albeit down from 40% as recently as 2007.

The good news is that government and commercial opacity has been taken to task with the prospect of transparent tax and other financial disclosures, with the OECD model of automatic tax information exchange due for implementation in 2018. And while historically subject to abuse, a particular feather in the nation’s cap is its lack of bureaucratic obstacles to investment. Panama ranks 70th among 190 economies in the World Bank’s 2016 Ease of Doing Business ratings, sliding three places from 2015. The business-friendly economy, managed and regulated by the Ministry of Economy and Finance, is party to over 20 free trade agreements. Liberal in nature, there are virtually no currency restrictions in place, and no limits to foreign ownership, or curbs on mergers, acquisitions, or joint ventures. Predictably, FDI has been considerable. Official data reveals that in 1Q2015 alone, FDI totaled USD1.7 billion, soaring 32% YoY. Around 65% of FDI derives from reinvested profits, with 22% accounted for by purchases of the shares of Panamanian companies by overseas investors. By 2015 USD11.2 billion of FDI had arrived over the previous three years alone. In 2016 Panama saw the incorporation of 25 new international companies raising the total to 134. By Ministry of Commerce and Industry (MICI) numbers these companies account for FDI of USD800 million and provide employment to 5,000. And according to Felipe Chapman, Partner and Director at INDESA, “Relative to GDP, FDI is still at about 10% (where the country) also offers all sorts of opportunities in other sectors like tourism, financial services, infrastructure, energy, education, and agriculture.”

At around 80%, the local economy is pre-eminently powered by the services industry, especially banking, commerce, and shipping. Diversity, too, is in evidence not least at the vast Colón Free Trade Zone, while the economy overall is international and dollarized. Being dollarized precludes the financial authorities from resorting to monetary policy, or exchange rate adjustments to determine the trajectory of inflation. Yet it has proven manageable and is forecast at 1.7% by end-2017, and 1.9% at for 2018. Economic activity grew 5.23% in the first two months of 2017, by National Statistics and Census Institute (INEC) data. Leading the rise were commercial trade, transport, storage and communications, industry, construction, electricity and water, hotels, and restaurants. Notably, too, ongoing infrastructure commitments in Colón, in addition to advances on Metro Line 2, had prompted a strong performance from the mining and quarrying construction industry. The wholesale urban redevelopment of Colón featured the construction of 5,000 housing units. The objective was to raise the city of Colón to the level of its internationally renowned free trade zone. Notably, companies resident in the Colon Free Trade Zone contributed USD123.7 million to FDI growth in 1Q2017, marking a YoY rise of 17%.

In 2016 Central America emerged as the most dynamic sub-region with growth of 3.6%, supported by the Dominican Republic (6.4%) followed by Panama (5.2%). And according to FocusEconomics Panama is set to remain among regional nations with the most rapid economic growth fuelled by infrastructure projects and sizable Panama Canal dividends. That being said, eyes are trained on Washington, where US trade policy has thus far sounded protectionist rhetoric. Trump is no friend of free trade agreements, such as the US-Panama Trade Promotion Agreement signed into law in October 2011 and entering into force in October 2012. The latter nation is a key source of FDI for Panama, while together with China and Chile, is the greatest user of the canal. Trade wobbles, along with modest global economic recovery, could thus impact commerce, and Panama, by extension. Bear in mind here that c.6% of global trade traverses the canal.

The Panamanian economy grew just 4.5% YoY in Q42016, the poorest since 1Q2014 and notably short of the 5.3% growth of 1Q2016, making for annual growth of 4.9%, the lowest since 2009. 4Q2016 had been bruised by a weaker service sector print of 3.7% growth (Q3: 4.2% YoY), largely resulting from global factors that impacted wholesale trade, tourism, and financial intermediation. By YE2016 GDP per capita was at USD13,300. Signs are good for 2017, however, as in February, Índice Mensual de Actividad Económica (IMAE), the monthly indicator of economic activity, rose to 5.5% from 5% in January, posting a seven-month high. Official data illuminated commerce, transportation, warehousing, and communication, and industry as the best performers. Meanwhile, annual average growth in economic activity climbed from 5% in January close to a two-year high of 5.2% in February. FocusEconomics, as of March 2017, forecasts FY2017 GDP growth of 5.4%, rising to 5.8% in 2018.
Panama’s economic inequality stems from the telling fact that while agriculture employs close to 40% of the workforce, some 2 million people, its output accounts for less that 3% of GDP. Meanwhile, Panama’s unemployment rate remains on the up, in May 2017 registering at 100,000. The 2016 print of 5.8% (2015 5.1%) also marked a rise in labor informality, currently at 40%. Meanwhile, the government forecasts the creation of 42,000 new jobs in 2017 through infrastructure projects, with mining and energy contributing strongly over the coming years. The Ministry of Labor and Labor Development (Mitradel), argues that current unemployment is manageable in so far as the 42,000 jobs earmarked for this year could yet rise to 72,000 with projected mining and the gas sector activity. Gina Montiel is the Manager for Central America, Mexico, Panama, and the Dominican Republic Country Department, and Country Representative in Panama of the Inter-American Development Bank. TBY asked her why a small nation such as Panama suffered from lingering high poverty levels. “The problem,” she claimed, “is not one of using the rent from the Panama Canal, or redistributing taxes; rather, it is that, institutionally, Panama is weak in many sectors, especially the social ones.” Her view is that, “If we do not develop human capital in these areas, people will not be productive or participate in economic growth.”

On April 29, a large rodent named Mickey was filmed waving on the canal, as the Disney Wonder, bearing 2,713 paying mouseketeers, became the first Neo Panamax passenger cruise ship to traverse the widened Panama Canal locks. Last year saw completion of the USD5.7-billion canal expansion, which had spiked public debt to USD17 billion in 2014, and USD20.2 billion in 2015, at 38.7% of GDP. And yet the government has announced plans to reduce the print heavily to just 4% by 2019. The expansion was an inevitable expense given the rising volume of international commerce, and its catalytic effect on regional port and maritime infrastructure will be felt throughout the Caribbean. Panama’s exports were dented in 2015 (USD12.8 billion) due to ongoing canal works. Official data for January 2017 shows economic activity growing at its fastest pace within six months, with cargo movements at Panamanian ports up over 12%. As of December 2016, the trade balance/GDP ratio was at a negative 6.5%. Boding well for future periods, once the canal had opened 10 neopanamax services had redirected to it. For the canal’s fiscal year, ending September 30, 2016, it had printed income of USD1.93 billion. And while the figure fell short of the official forecast of USD2.010.7 billion, USD1.01 billion nonetheless entered the state coffers. The Panama Canal Authority (ACP) estimate for 2017 is for a contribution of USD1.6 billion.

Jorge Garcí­a Icaza, the President of the Chamber of Commerce, Industries and Agriculture of Panama in a TBY interview revealed that, “The expanded canal has increased transit, allowing 168 ships to come through that previously could not.” The ultimate objective is truly ambitious as, “We want to become the logistics powerhouse of America, and one of the top-five logistics centers in the world. UN logistics data currently ranks Panama 40th in the world and 2nd in the Americas. So there is a long way to go.” Yet Panama is no stranger to meeting targets, whereby, “We are the most efficient air hub in the Americas, which is why (flag carrier) Copa is a success.” The same heights now need to be scaled by shipping where, “we need to be the best transshippers in the world,” he concluded.

On May 4, Panama experienced an earthquake of 4.4 on the Richter scale. Fortunately, no casualties were reported. Yet in 2017 Panama will continue to recover from the metaphorically seismic events of 2016 that brought unwanted international attention, with the government’s response to the fallout being closely observed. Meanwhile, large-scale infrastructure projects are in place that will continue to shoulder domestic economic growth for the mid-term. This should mitigate the prospects of slower recovery in global trade.