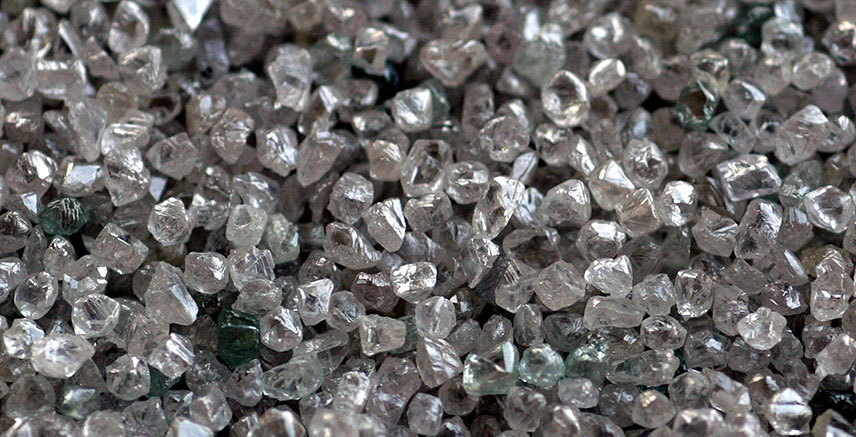 Race and mining in Botswana & SA

Share on:
Black Economic Empowerment (BEE) legislation in South Africa places increased demands on mining firms, but is it the most effective method of dealing with inequality?

Extractive industries have had a rough ride in recent years as depressed commodity prices affected oil, gas, gold, coal, and most minerals.

In Africa, the mining industry in particular has been facing a different set of hurdles. The debacle between Acacia mining and the Tanzanian government is a case in point, as the company continues to try to negotiate a way out of a raw gold export embargo that has now been ongoing for months.

South Africa, which has been near recession for several years now, had an estimated GDP growth of 0.4% in 2016, despite the country holding some of the biggest mineral reserves in the world.

Minister of Mines Mosebenzi Zwane released the new Mining Charter to the public last week, presenting it as part of efforts to strengthen black ownership of businesses as part of the Black Economic Empowerment (BEE) initiative. The document demands a higher minimum percentage of equity for mining licenses for people enrolled in the BEE, up from 26% to 30%.

This effectively means that every 30% of every mining license needs to be owned by black South Africans.

The policy, designed to give opportunities to vulnerable local communities, has raised concerns before because of its potential for abuse by con artists and the possibility of political meddling.

However, the concern of mining firms is not so much the rise in the minimum figure but rather the statement that the “once empowered, always empowered” clause would be dropped.

This clause indicated that once a company sold part of its equity to a BEE partner, then it had met its obligations under that legislation, even if the BEE partner then sold its equity.

The scrapping of the clause effectively means that if a partner sells its shares, the rest of the shareholders will have to further dilute their equity in order to once again fulfill the BEE quota.

The new document also states that the government is seeking to mandate that a part of the recovered ore (corresponding to that of the BEE share) should be processed in smelting facilities based in South Africa.

This is problematic as the country does not possess the required infrastructure or specialized personnel to fulfill that quota.

It would face challenges to remain competitive in international markets, and it also implies that mining companies will be forced to assume downstream activities that are not part of their core business.

The same lack of an available qualified workforce is also an obstacle in other areas, as employment obligations demand that companies ensure that at least 50% of the executive directors and 60% of senior management must be black. Procurement regulations mandate that at least 80% of services and equipment purchases must be sourced from black-owned South African businesses. Preferential treatment is also to be given to BEE shareholders, which are set to receive 1% of total company revenue before any other shareholder payments are disbursed.

Companies have been given 12 months to comply.

On The Other Hand

In the South African mining sector, players such as Sibanye Gold, AngloGold, Kumba Iron Ore or DRDGOLD, which have on average lost 4% in the stock market following the new legislation, have been taken by surprise.

They have suggested they will pursue a legal rebuttal of the document.

South Africa’s BEE policies are rooted in an obvious historical context, setting them apart from other mining economies.

However, legislators seem to fail to consider global competitiveness when it comes to making decisions about the industry.

These policies have had the effect of pushing investment away from the industry, particularly at a time of low commodity prices.

In the last five years, the South African Chamber of Mines estimates the sector to have lost around 70,000 jobs.

This scenario contrasts with neighboring Botswana, which in the late 1990s followed a different paradigm to that of South Africa in the management of its natural resources.

With clear-cut, business-friendly regulation, Botswana has benefited greatly from a stable and predictable legal framework, using the proceedings of its mineral industries to develop other economic sectors and provide employment opportunities to its citizens.

In the 1960s, after independence, Botswana had a per capita GDP of just USD80.

In 2014, it boasted an upper-middle income status with USD7,200 per capita GDP, 5% higher than that of South Africa.

This has largely been achieved by working with the mining industry.

While its legislation demands “local preference” when it comes to employment and procurement, it does not impose BEE clauses.

It chose to create a stable and attractive business environment that would eventually benefit the surrounding communities as the sheer volume of investment and wealth created in the mines was passed on.

The extensive technical understanding and stability of the legal framework, which has remained the same since the late 1990s, has allowed the Motswana government to develop enough knowledge to negotiate favorable contracts that have benefited the population at large.

South Africa has chosen the paradigm of forced indigenization, one which has produced limited positive outcomes in countries like Angola and Nigeria in the past, and should perhaps consider an alternative approach for empowering vulnerable communities.

By making them a constructive part of the process rather than forcing conditions upon them, Botswana can provide valuable lessons for reshaping the South African mining industry, if the legislators in Pretoria are willing to listen to their northern neighbor.