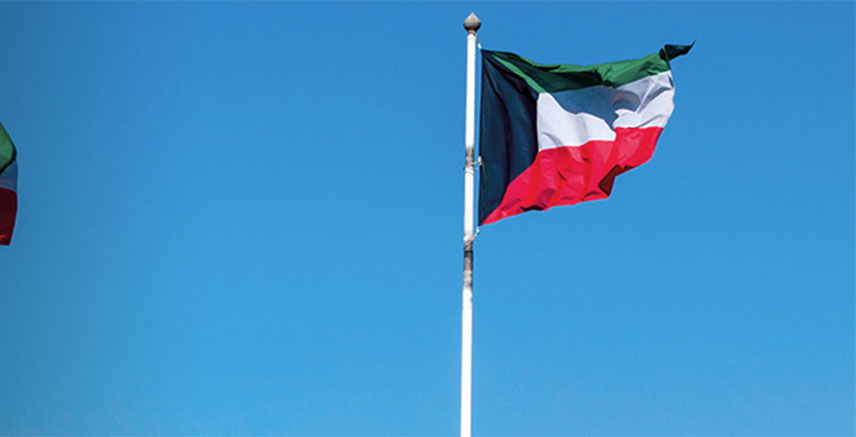 Share on:
Kuwait's leaders have put in place one of the most democratic and open systems of parliament anywhere in the Middle East. Their reform-minded instincts are paying dividends, not least in the realm of international diplomacy.

Of the six countries that make up the Gulf Cooperation Council (GCC), Kuwait is arguably the most democratic. HH the Amir Sheikh Sabah Al-Ahmad Al-Jaber Al-Sabah is the head of state, and ruler of the country. The Prime Minister, since 2011, is HH Sheikh Jaber Al-Mubarak Al-Hamad Al-Sabah. Kuwait, a small country with a wealth of oil reserves, is today continuing a quiet yet assiduous and not to say vital diplomatic effort across the region. In terms of diplomacy, Kuwait’s time has come.

Kuwait is a constitutional emirate on the Arabian Gulf, with a semi-democratic political system. The constitution was ratified in 1962, and signed into law in November of that year by HH the Amir Abdullah Al-Salim Al-Sabah. The constitution brings together aspects of both presidential and parliamentary systems, and comprises 183 articles that together form five chapters. These are the State and System of Government; Fundamental Constituents of Kuwaiti Society; Public Rights and Duties; Powers; and General and Transitional Provisions. The National Assembly provides the elected legislature, with 50 seats. The assembly is re-elected every four years and incorporates elements from both a presidential and parliamentary system of government. The Parliament is bound by the constitution to have an elected legislature (the National Assembly parliament). The Amir, as head of state, can select and appoint the Prime Minister. Only the Amir can execute decrees and issue pardons. All laws voted for by the Assembly are only entered onto the statute once signed by the Amir within a month of the Assembly’s recommendation.

The State of Kuwait has long fostered a tradition of regional and international cooperation, and is regarded throughout the Middle East as a key diplomatic player. Kuwait joined the Arab League in 1961, just 31 days after its independence, and 16 years after the League’s founding in 1945. Kuwait is a founding member of the six-nation GCC, which was set up in 1981 to encourage better regulation and deeper integration between the countries of the Arabian Gulf. As such, Kuwait’s foreign relations—and its sphere of influence—are strongest with neighboring or regional counties, especially Saudi Arabia, Oman, the UAE, Qatar, and Bahrain.

Kuwait’s huge oil reserves ensure a permanent seat at OPEC, where its voice is influential, particularly when it comes to regional Middle Eastern policy. Kuwait has a population of 4.2 million, of which 1.12 million are Kuwaitis. With an area of around 18,000 sqkm, Kuwait is one of the most densely populated countries in the Middle East.

On August 2, 1990, Iraqi forces invaded Kuwait. 2016 marks the 25th anniversary of Kuwait’s liberation from Iraq’s occupation. In some ways, the occupation has shaped Kuwait’s foreign policy, and influences its regional relations to this day. In others, the past has been forgotten and states such as Jordan enjoy close relations with Kuwait.

Turkey and Kuwait have particularly strong bilateral relations, with trade estimated to be worth around $275 million a year. And in recent years Kuwait has chosen Turkey as one of its priority investment countries.

In 2013, Kuwait pledged $4 billion in aid to the newly formed administration in Cairo. Egyptian-Kuwaiti ties have long been close, and both countries are founding members of the Arab League (itself founded in Cairo in 1945).

In January 2016—and in the run-up to the eventual lifting of sanctions on Iran—Kuwait severed all diplomatic ties with Iran, following Saudi Arabia’s move to close its embassy in Tehran. Relations with Iran were already strained—Kuwait has offered support to the Saudi-led coalition currently fighting in Yemen against what are seen as Iran-supported rebels, the Shia Zaydi Houthis who seized control of the Yemeni capital, Sana’a, in 2014.

Perhaps the legacy of 1990 that stands out above all is Kuwait’s first-rate relations with America, for whom the Emirate is a staunch supporter in a region where there are perhaps fewer such dependable friends than there were five years ago.

“THE DEAN OF ARAB DIPLOMACY”

At the heart of Kuwait’s diplomatic efforts is His Highness the Amir Sheikh Sabah Al-Ahmad Al-Jaber Al-Sabah himself, who spent four decades as Foreign Minister (essentially the country’s chief diplomat) before becoming Amir. HH the Amir, who became ruler in 2006, has been dubbed the “Dean of Arab Diplomacy” for his efforts to strengthen Kuwait’s relations with its neighbors. HH the Amir has worked tirelessly, even to restore ties with Baghdad—a gesture that would have been unthinkable only five years ago. A Kuwait-based diplomat described HH the Amir as a “visionary.” His Highness the Amir visited Iraq in 2012, a landmark visit and one that marked the beginning of a new, closer friendship between the two countries, despite widespread discomfort at the idea of a rapprochement.

Kuwaiti-Omani relations are forged on a mutual inclination toward diplomacy, both countries frequently offering to mediate in regional or local disputes, and exhibiting a knack for getting all sides around the negotiating table.

Diplomatic efforts continue unabated. In November 2015, the Amir paid a visit to Moscow, at the request of Russian President Vladimir Putin. The meeting was designed to strengthen bilateral ties in trade, commerce, and the wider economic sphere. The president is said to view Kuwait as central to solving some of the conflicts currently plaguing the Middle East.

It is indeed in the immediate region that Kuwait’s diplomatic efforts are most valuable. In 2015, Kuwait played host to numerous conferences and events, including the Third International Humanitarian Pledging Conference for Syria. Many of the events, such as the Kuwait Oil and Gas Show and Conference (KOGS), reflect Kuwait’s status as an energy giant. In this, too, Kuwait wields considerable influence in energy policy and nudging OPEC to take the best direction for the Middle East as a whole.