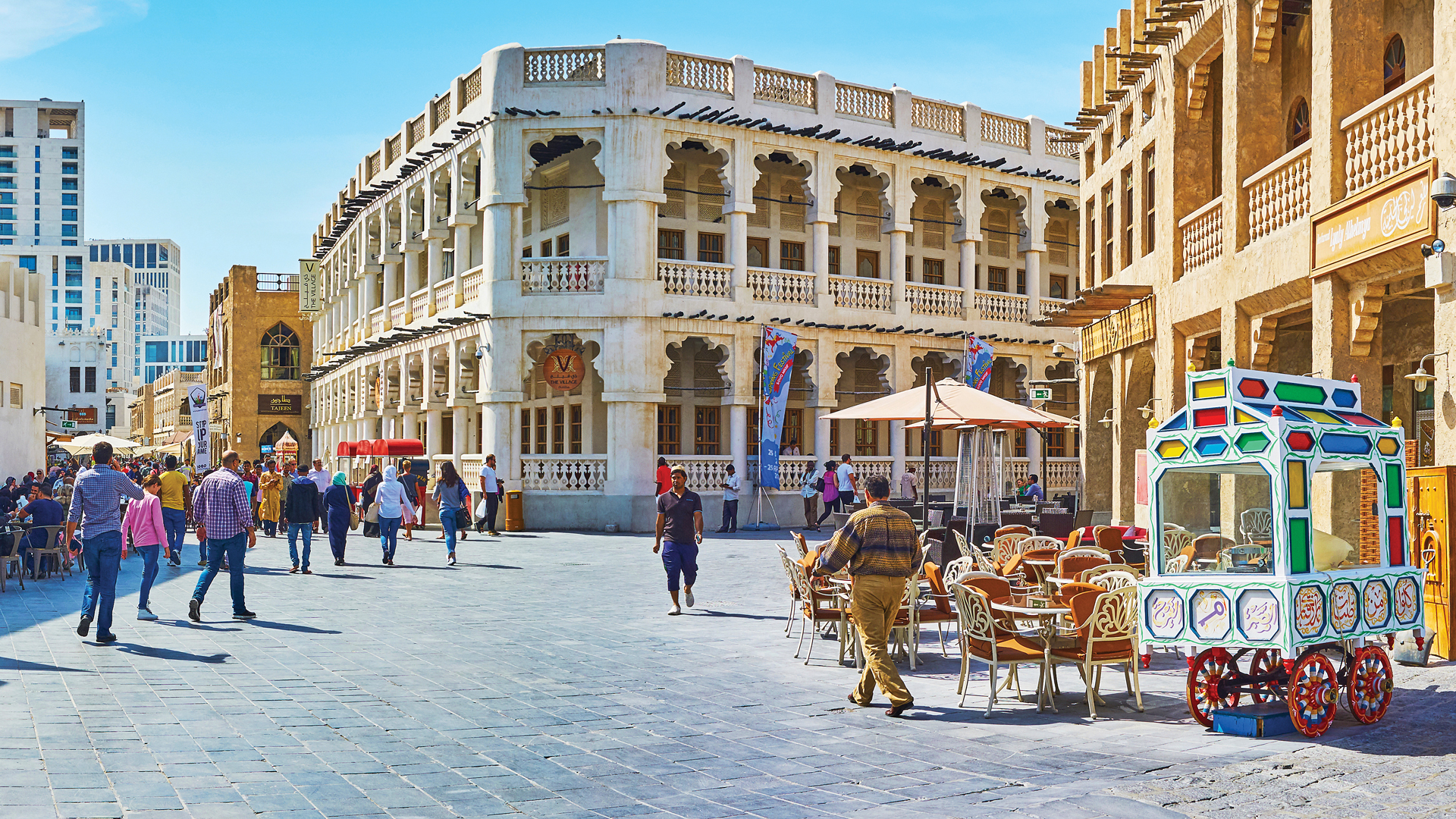 Share on:
Traditionally viewed as a business haven, Qatar is beginning to assert itself as a viable destination for all sorts of travelers.

in the 1960s, it was impossible to predict that Qatar would one day boast the highest GDP per capita in the world and win the bid to host a FIFA world cup. However, after going through a process of transformation between the 1960s and 1980s, Qatar reemerged as an affluent and politically stable country in the northeast of the Arabian Peninsula and pulled off both of these feats, among many other accomplishments.

Regarded as a trade hub in the Gulf region, Qatar is already a familiar name on the itinerary of international businesspeople, and expats in the country outnumber the local population several times over.
The State of Qatar is experienced in hosting and serving visitors, not least thanks to its world-class hospitality and aviation industries. Since 1993, the country’s flag carrier airline, Qatar Airways, has been doing a great job of carrying travelers to and from Doha with its sizable fleet. Meanwhile, the accommodation sector in Qatar experienced a 10% growth in room supply and a drop in room prices in 2017, making Qatar a more affordable place for tourists.
Confident in its infrastructure, Qatar entered the bidding to host the FIFA World Cup in 2022 and emerged victorious. Hosting such an event will be an honor in its own right—especially for a country the size of Qatar—but there will also be added bonuses. Qatar will spend more than USD200 billion to host the 2022 FIFA World Cup, reinforcing the same infrastructure that tourism, in general, draws on. At the same time, chances are that some of the estimated 1-1.3 million football fans who are expected to set foot in Qatar in 2022 will take a liking to the country’s exquisite offerings and return for further visits. Equally important, Qatar will be advertised to billions during the competition, intriguing many to pay the country a visit.
Qatar has made the conscious decision of not only moving away from a largely oil and gas-based economy but also diversifying its tourism and branding the country as a destination for cultural tourism as well as business travelers. To use the Qatar National Tourism Council’s words, “Qatar has proudly taken steps to harness its potential and place itself prominently on the tourism map,” and promote the country “as a leading tourism destination for business facilitation, authentic experiences, and family-focused recreation.”
All things considered, Qatar National Tourism Council seems to be on track as the number of visitors has jumped from 2.32 million arrivals in 2012 to 2.93 million in 2016. Although certain political developments affected Qatar’s tourism sector in 2017, the country managed to compensate by taking measures such as launching an e-visa policy that enables people from all nationalities to obtain their tourist visas online, as well as granting visa-free entry to over 80 nationalities.
With the majority of required elements already in place, all that remains for Qatar is to present to the world its cultural attractions—of which it has no shortage. Souq Waqif, the Museum of Islamic Art, Katara Cultural Village, and Al Zubarah UNESCO World Heritage Site are all worth paying a visit. The country also hosts a number of festivals such as the Qatar International Food Festival (QIFF), Qatar Summer Festival, and Eid celebrations. However, the opening of the National Museum of Qatar in March 2019 will be a game changer. The museum’s galleries and displays will showcase Qatar’s natural history, its prehistoric artefacts, and items pertaining to Qatari tribal warfare and seafaring, among others.