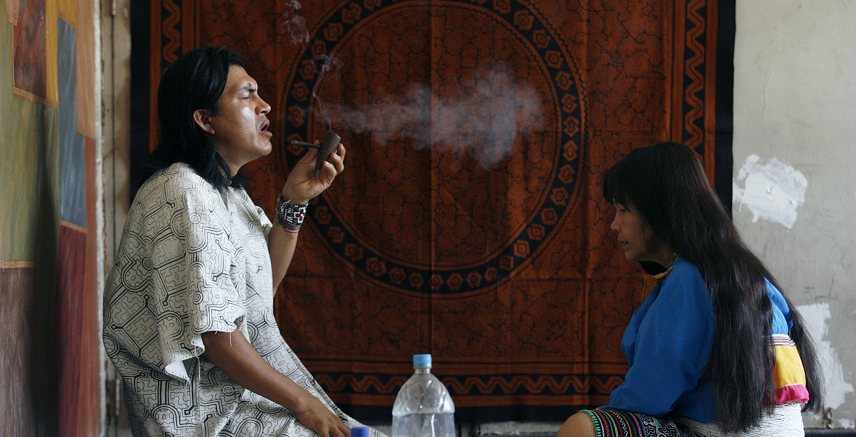 Magic Mushrooms Legal for Medical Use?

Share on:
Psilocybin, or magic mushrooms, have received "Breakthrough Therapy" status from the FDA for potential use in treating depression and mental illness.

As the legalization of Cannabis for medical use spreads ever more quickly around the world, medical authorities are opening the door to the use of other types of mind-affecting drugs for research.

Most of us think of LSD in the context of the euphoric 1969 Woodstock festival. But after decades of a “War on Drugs” which has cost millions of dollars, tens of thousands of lives, and has led to thousands of imprisonments in North American penitentiaries, modern narratives tend to depict illegal drugs as a despicable side of society that should be forcefully controlled, and, if possible, eradicated.

However, it was not always like that. In the 1960s, before former president Nixon banned most recreational drugs and started filling up US prisons with drug offenders, a solid body of scientific research was attempting to demonstrate the possible application of psychotropics in curing mental illnesses such as depression, post-traumatic-stress-disorders, and suicidal tendencies, to name a few.

The body of research published in PIKHAL, a Chemical Love Story, written by Dr. Alexander Shulgin and Ann Shulgin in 1991, delves extensively into the experiments this couple carried out over the decades to explore the potential mental and spiritual benefits of using psychedelic drugs, specifically MDMA, which Dr. Shulgin synthesized himself.

Others focused on LSD, cannabis, mescaline, and ketamine, but the research developed back then was forcibly abandoned when these drugs were outlawed, and moved mostly to the fringe of modern drug scientific research.

Now, recent developments appear to indicate that law enforcement and drug control authorities are starting to open up to the possibility of once again exploring these substances for medical use rather than identifying them simply as criminal offences.

This month, the United States Food and Drug Administration (FDA) issued a Breakthrough Therapy status for a company researching the potential uses of Psilocybin, one of the psychedelic substances present in magic mushrooms, in treatment-resistant depression.

The company, named Compass Pathways, is a UK-based for-profit organization that is now getting ready to start wide-reaching human trials on up to 216 patients in several locations across Europe and North America. The trials are expected to last 12 to 18 months.

The Breakthrough Therapy status is usually given to drugs that show potential for being a substantial improvement over available therapies for serious or life-threatening diseases, and they are given special and fast-tracked supervision by the FDA for review before approval for medical use.

This is a significant advancement for the body of academic research on psychedelic substances, which has stayed on the fringes of medical science for the better part of the last 50 years.

Compass’s test will be the biggest of its kind in modern history. A study developed at the Imperial College London last year revealed that the use of Psilocybin in patients with treatment-resistant depression saw considerable and lasting improvements on their condition. However, this small study covered no more than 19 patients and requires further research for the drug to be considered for wide distribution.

Last year, the FDA gave the same status for a medical study on the use of MDMA for PTSD treatment. Results released this November in the Journal of Psychopharmacology stated that from 26 patients treated with MDMA for PTSD 76% “no longer met the clinical criteria for a PTSD diagnosis.” While the patient sample is small, these indications are extremely promising as the study moves to the next stages of research.

In September Jenssen, the pharmaceutical subsidiary of the Johnson and Johnson group, submitted a new antidepressant nasal spray based on Ketamine for approval to the FDA and EU authorities

Given the fact that opium-based drugs like Methadone, Morphine, or even Heroin have been used for drug addiction treatment and pain relief for quite some time, it seems that the only high-profile mind-affecting substance left to be considered in this psychedelic drug academic renaissance is LSD, also known as acid.

And even in that case there was a breakthrough in 2014. After more than 40 years of suspended medical research on the effects of LSD, the FDA approved a study using controlled dosages of the substance for treating anxiety in terminally ill patients. The study showed consistent positive results with no negative effects on the patients that took part in the study.

The baseline message is this: while most of the world is focusing on the legalization of cannabis for medical use, which has already become a trillion dollar industry, we are witnessing a veritable psychedelic renaissance in the medical/scientific research arena when it comes to these substances. For-profit pharma firms also see considerable potential gains in the development of these markets, particularly in the chronically/terminal ill and depression sub-sectors, which account for dozens of billions of dollars per year.

Yet, recreational use of these substances continues to be outlawed in most places around the world, with historical evidence indicating that prohibition has hardly ever delivered success in fighting addiction. If anything, it seems that approaches like that of Portugal in 2006, when the country depenalized consumption of every drug while combining the policy with educational campaigns, clean-needle programs and other social support initiatives, have had a much more dramatic impact in reducing drug abuse than conventional punitive policies.