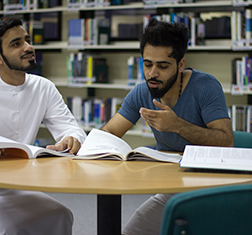 Share on:
The education sector in Dubai is entering a period of rapid expansion, growing by 10% YoY, with new schools outpacing population growth.

The education sector in Dubai is entering a period of rapid expansion, growing by 10% YoY, with new schools outpacing population growth. In 2015 alone, 11 new schools opened, including eight British, two Indian, and one Canadian school. There are already 173 private schools in Dubai, and by 2020, 80 new private schools are expected to have opened across the Emirate. Quality has ostensibly grown with quantity—the percentage of schools rated “good or outstanding” has risen from 33% in 2011 to 51% in 2015. The new schools in 2015 alone have created 23,000 additional places, a 10% rise YoY. In 2017, 21 new schools are scheduled to open, twice the number for the previous two years combined.

Back in 2012 Dubai launched a complete overhaul of its education strategy, introducing new teaching techniques, investing in new schools and universities, and better tailoring the curriculum to suit the economy’s needs. A big focus was made on the needs of Emirati children. But above all, the overhaul sought to break the strong link with central government and open up the sector to private competition and investors. Almost five years on, the numbers seem impressive: 173 private schools offering 17 curricula to pupils of 183 nationalities; 265,299 children enrolled at private schools; 25,125 students at 26 universities and higher education institutions across Dubai. And more than 90% of Dubai’s children attend private schools.

The reason private schools dominate in these figures is the Knowledge and Human Development Authority (KHDA), an organization that is central to the development of education in the Emirate, and has a specific remit to put private schooling at the forefront of the sector. KHDA’s program has been so successful that the organization is today all but synonymous with private education in Dubai. In Dubai, nine out of every 10 children attend private schools. The KHDA works with government partners and private investors to create an education system that is of high quality, and popular. The Authority is responsible for licensing and regulating schools and universities in the Emirate, yet does not play a role in setting the curriculum or recruiting staff. As a result, Dubai’s education sector is one of the most liberally-administrated in the country. In 2015, a report by the World Bank praised the sector as having “put into place a system that is uniquely adapted to the private education landscape” in Dubai. As of 2016, there are 173 private schools in Dubai. Of total pupils in private education, 42% are in primary education, 25% in secondary education, 15% in tertiary, and 18% in kindergarten. British and Indian pupils alone account for 64% of all enrolment in private education. Education for all Emirati children is provided free of charge and is compulsory until the age of 16.

Dubai International Academic City (DIAC) was first developed in 2006 and today occupies an impressive 12 million sqm. More than 12,000 students study at 13 higher education institutes across the DIAC, which was founded as an offshoot of Knowledge Village, from where schools, colleges, and universities could relocate. Today DIAC is home to some leading universities, including the American University in Dubai, the British University in Dubai, Herriot-Watt University, Azad University, and the University of Waterloo.

Many investors and entrepreneurs looking to open schools in Dubai have found franchising to be a relatively low-cost and effective option. Institutions such as the Maple Leaf Nursery, a Canadian brand of kindergarten, has proved highly successful, with seven pre-schools across the UAE, having opened the first in Dubai. Many education franchises have worked very successfully in Dubai, building almost instantly on their established brand and expertise, although there is often a premium if the brand is well known. Even then, it takes an average of four to five years for a new school to reach capacity.

In 2015, GEMS Education in India announced it would open a GEMS Heritage Indian School in the central Dubai district of Al Barsha in April 2016, with April marking the start of the Indian school year. Once completed, the Central Board of Secondary Education curriculum school will accommodate up to 10,000 students, making it one of the largest in the UAE. The school will house a cricket academy, a school of performing arts and music, and a debate academy. Fees are expected to range between AED14,000 and AED24,000 for the full school year.

UK-based educator Fortes Education also announced a new school for Dubai in 2016. Sunmarke School will open in Jumeirah and will offer a British curriculum and International Baccalaureate courses for up to 3,000 pupils. The school announced that annual tuition will range from AED44,900 for the foundation stage to AED70,900 for Year 13.

With such rapid expansion comes an emphasis on quality and here, too, there are noticeable achievements. Importantly, the fee-charging private schools are accountable to parents (more than to the government), who are free to choose whichever school they think offers the best learning environment for their child. This has given the system a remarkably high level of transparency, with schools ranked by performance and parent-child satisfaction, and the government taking a back seat in day-to-day regulation of almost the entire sector. Importantly, the schools manage to offer a range of price levels, so that affordable education remains readily accessible. And because Dubai is home to people from all over the world, the growing range of schools borne of foreign franchises is encouraging a multi-cultural environment to flourish, with most major languages and nationalities in the city catered for. Stiff—and growing—competition means that schools cannot afford to backslide, and good teachers are well paid. Dr Abdulla Al Karam, Director-General of the KHDA, explained: “Our message to the right operator is to look at uniqueness, and that is what Dubai needs at this point, because now parents more than any other time have choices. We keep adding good seats. I think it is time to add unique seats, and that is what the parents are looking for.”