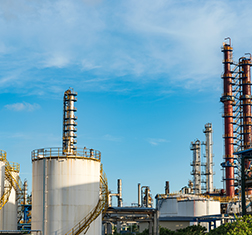 Share on:
Already less dependent on oil exports than its neighbors, heavy investment in renewables has Dubai well positioned to achieve a stable energy future.

Oil revenues brought Dubai out of the desert to become one of the world’s most stunning cities, but the Emirate understands that the nation’s future lies with alternate energy sources. Oil is finite, after all, and recent fluctuations in global oil prices have made readily apparent the need to diversify and develop alternate sources of energy and industrial revenue. Already blessed with deep pockets and a forward-thinking government, Dubai is well positioned to become a leader in the next generation of MENA industry. A series of strategic plans and alternative energy projects are already underway, paving the way for a bright future.

Oil makes up a smaller proportion of Dubai’s revenue than outsiders might expect considering the UAE’s reputation as an oil exporter. While the UAE was the world’s seventh-largest oil producer as of 2016, the share of GDP and revenue coming from oil exports has fallen in recent years with the drop in oil prices. As of 2014, 35% the UAE’s tax revenues and 36.8% of its exports came from the oil industry, and this rate is expected to fall in the future in concert with declining oil prices. While the UAE’s oil revenue proportion might seem high, it is actually already a leader within the GCC in terms of diversifying its economy; as of 2014 it was the only oil-exporting Arab country for which oil wasn’t a main export good, and its economic diversity as measured by the IMF’s economic complexity index was ranked as one of the best in the region. If the UAE as a whole has been making strides in moving away from oil dependence through economic diversity, Dubai stands out as the strongest success case within the UAE. While still heavily involved in the petroleum industry, it is actually a net oil importer, consuming more gas and oil than it produces. The UAE as a whole has set a goal to limit oil’s share of GDP growth to 20% by 2020, and the growth of Dubai’s tourism and services sectors over the last decade has resulted in just 6% of government revenue coming from oil in 2016. A similar proportion is expected in 2016; though revenue overall is expected to decline, Dubai’s government still anticipates oil revenue to remain steady at 6% of revenue.

Renewables are one of the foundational elements of Dubai’s future energy plans. In 2015, Dubai’s government announced the launch of the Dubai Clean Energy Strategy 2050 plan, a sweeping structural investment blueprint that calls for more than USD163 billion in renewables investment by the middle of the century. The plan calls for 7% of Dubai’s power output to come from clean energy by 2020, 25% by 2030, and 75% by 2050. The government’s goals are for 44% of energy to come from renewable sources, 38% from gas, 12% from clean fuels, and 6% from nuclear energy, making Dubai the city with the smallest carbon footprint in the world.
One of the core projects for the Emirate’s energy strategy is the Mohammad Bin Rashid Al Maktoum Solar Park at Al Marmoum. Once completed in 2030, the USD13.6 billion park will be the largest single solar project in the world, with a planned capacity of 5,000MW that will be enough to power 800,000 homes. Construction began in 2012, and the first two phases of the solar park began operational in 2013 and 2016, bringing more than 2,000MW of energy to the grid. The third phase, to be completed in 2030, has begun construction and will bring 800MW to the grid once completed. The original plan for the project called for capacity of 1,000MW once completed, but the rapidly falling cost of solar energy has led to an expansion of the project beyond what any outside observers foresaw. The cost of solar panels has more than halved since the solar park was inaugurated, and energy production from the second phase was the cheapest in the world at only USD0.0584 cents per kWh. With prices expected to continue to drop, the Dubai government is planning to turn the Mohammed bin Rashid Al Maktoum solar park into a hub not just for electricity production, but for renewables innovation. Current plans call for the construction of innovation and research and development centers on the grounds of the solar plant, where some of the renewables sector’s leading minds will use data from the plant to improve energy technology by improving reliability and efficiency. Dubai also anticipates the innovation center becoming a hub for solar education, spreading awareness and linking some of the world’s top renewables researchers.
The aforementioned solar plant is the largest infrastructure project planned for the Clean Energy Strategy, but the Emirate’s green fund has more than USD27 billion earmarked for other green fuels, and work is well underway on developing alternative sources. In 2013, for example, Dubai began the GCC’s largest landfill gas recovery project at the Al Qusais landfill. The largest landfill in Dubai, Al Qusais receives more than 7,000 tons of waste per day, generating significant amounts of methane. Energy firm Green Energy Sustainability Solutions (GESS) installed almost 25km of pipe under the site to collect the pressurized gas, funnel it to a production site, and burn it to power an electric engine. The total amount collected isn’t on the same scale as a solar plant, but GESS CEO Anita Nouri sees the project as an important step in solving Dubai’s long-term environmental and energy problems. “All of the landfill sites in the entire MENA region are emitting gas, which is 60% methane and causing tremendous harm to our environment,” Nouri told TBY. “De-gassing all landfills is a must and using that gas to produce electricity is a natural step.” Nouri believes that there is still considerable educational and incentive work to be done, but the project is already making international waves. Aside from providing clean energy, the landfill gas program is registered under the United Nations’ Clean Development Mechanism, making it eligible for global carbon credits programs. By keeping more than 300,000 tons of greenhouse gasses out of the atmosphere each year, GESS receives carbon credits that can be traded internationally or used to fund additional projects. 2016 saw GESS receive a check for USD96,423 for selling some credits to the Norwegian government to offset its carbon footprint.

While energy production is getting cleaner and more efficient, Dubai’s green energy plan also calls for reductions on the demand side as well. The government is taking steps to dramatically reduce the energy used by the cooling systems that account for two-thirds of all building energy consumption. One new strategy is district cooling, which cools buildings by running water from an centralized location to increase efficiency. HE Ahmad M. Bin Shafar, CEO of Empower, Dubai’s largest cooling firm, believes that the energy-saving benefits of the Emirate’s district cooling system make it a key part of Dubai’s energy initiatives. “District cooling is the future of energy in Dubai,” Shafar told TBY. “It is one of the main pillars of all industrial applications in Dubai now and wherever you go you will find water and electricity derived from district cooling.” As the district cooling sector develops rapidly, one of the key issues facing the sector is the distribution of capital costs. The lack of clear industry guidelines has at times led to increased consumption, but the introduction of meters for individual apartments and the impending arrival of a governmental regulatory framework have the sector ready to attain a new stability. Success in this area also has significant financial implications; IMF figures estimate that the UAE’s energy subsidies cost it USD29 billion annually. With demand expected to continue rising by 9% per year in Dubai, the increased efficiency district cooling brings will be essential to the future of the Emirate.

Dubai’s energy industry has also taken on a more significant role in recent years. The Emirate is using its position as a global hub for trade and logistics to set up industrial zones integrated into its preexisting logistical structures, building a sustainable framework well-positioned to be a major part of the economy for years to come. June 2016 saw Dubai launch its Industrial Strategy 2030 initiative, which identified as its central goal turning the Emirate into a “global platform for knowledge-based, sustainable, and innovative industries.” The plan identified six industrial sectors of particular importance to the future of Dubai: aerospace, maritime, pharmaceuticals, aluminum and fabricated metals, fast moving consumable goods, and machinery. These six industries already have well-established ties with Dubai firms (Emirates Airlines, for example, is a global aviation leader) and their continued development is a natural step for the Emirate. Dubai also has 18 industrial areas, eight of which are located within designated free zones. Government regulation of the free zones has been widely praised, with industry leaders around the world drawn to invest in Dubai thanks to its attractive business environment. Dubai Refreshment CEO Tarek El Sakka summed up the general perception, telling TBY that, “The business environment in general is very positive, and government services are very accessible. The processes are transparent and efficient, and moreover the infrastructure that exists… is very supportive.” GDP from industrial production has ranged from 11% to 14% over the past decade, and the Dubai government is well aware that increasing that percentage is a necessary step to further protect the Emirate from the volatility of oil prices. With the sector projected to create 27,000 jobs and R&D investment expected to rise by USD191 million by 2030, the sector looks well on its way to meeting these challenges.