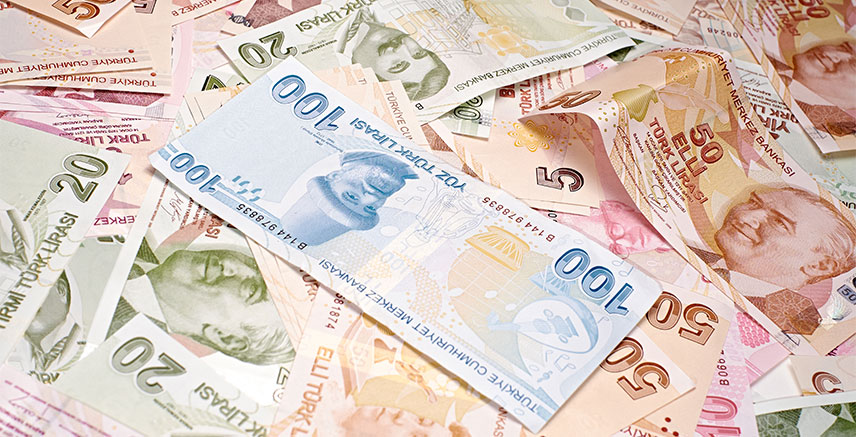 Share on:
Turkey's banking universe is testament to the fruits of rigorous regulation.

Despite regional ructions, Istanbul has become the fastest growing tourism destination in the World, scoring an 11.4% growth rate in 2015 when compared to the international overnight visitors of 2014 according to the MasterCard Global Destinations Cities Index. And not only Turkey’s cultural capital, Istanbul is also its financial center, having scaled similar peaks and survived brutal headwinds over the past 30 years.

Today, Turkey is working to retain its investor grade rating, despite certain agencies such as Standard & Poor’s identifying a larger risk of a “hard economic landing.” Domestically, factors of concern include a low savings rate—in 2012 the savings ratio/GDP troughed at 12.6%, the lowest since the 1980s as opposed to record high private sector credit:GDP ratio of 54% in 2014, anticipated by the EIU to reach 66% by 2018. The IMF anticipates the ratio improving modestly to 14.3% by 2018. Events further afield, too, have challenged Turkey, and its EM peers. As the US Fed’s quantitative easing program petered out in October 2014, fund flows to these markets have come under pressure to invest elsewhere. This is exacerbated by susceptibility to credit risk and other global shocks.

CREDIT WHERE CREDIT’S DUE

Short-term solutions have not been favored, as the government is keen for financial sector growth to not be limited to consumer activity, and, as a result, those banks so inclined have been catering to the massive SME segment to spur industrial activity and real sector growth. By way of an example, in 2014 Burgan Bank—with among the sector’s highest Capital Adequacy Ratios (CAR) of 18.25% as of end-December 2014—introduced its “pay whenever you want” credit line geared squarely at SMEs. The larger banks will dominate this segment, leveraging their scale to compete on price.

In terms of mortgage credit, regulations and banks’ lending tendencies have been helpful in sustaining healthy market development without sparking a risky housing boom, according to Moody’s. Turkey, unlike the Euro zone, has maintained high interest rates to keep mortgage demand in check. Moreover, in Turkey the better-heeled borrowers that banks target finance their home purchases with equity since mortgages are capped at a 75% loan-to-value ratio. For 2014 the sector’s private sector loans/GDP ratio had confirmed faster, yet disciplined growth, at 119.7%, where the respective figures for TRY and Fx loans stood at 147.3% and 84%.

Since Turkey entered the new millennium, its banking sector perhaps more than any other part of the economy reflected a remarkable resilience to the 2000-01 financial crisis. Shortly after a political rift in early 2001, consequent fallout bankrupted 11 banks, costing the state $39.3 billion (26.6% of GDP in 2001). The Borsa Istanbul (then called the IMKB) posted a historic 18.1% slump on February 21st, while as foreign and local confidence alike evaporated, overnight interest rates on loans scaled 7.5% and the lira tanked. Overall unemployment spiked as many firms closed, and, meanwhile, Turkey’s 170,401 bank employees as of 2000 had shrunk to 123,271 by 2002.

Sector reform, with compliance overseen by a sharp-toothed watchdog—the Banking Regulation and Supervision Agency (BDDK), were the only recourse for Turkey’s financial system. A drawn-out process had actually begun following Turkey’s financial crisis of 1994. Indeed, 25 banks had been transferred to the Savings Deposit Insurance Fund (TMSF) between 1994 and 2003. May 2015 saw the most recent such move as the TMSF took the helm at participation bank, Bank Asya. Recent reform curbing bank charges on consumer accounts has dented sector players’ balance sheets. Deloitte identifies the government’s awareness that while macro-prudential measures limiting credit card payments and private consumer loans may impact growth in the first instance, Turkey needs to accept more modest growth until its current account deficit is permanently in check. The most recent BRSA draft law came in August 2015 regulating banking fees and commissions. Accordingly, changes in annual fees and commissions of over 20% now require client consent. Banks are obliged to offer clients a credit card on which no fees are charged, where cards limited to TRY5,000 cannot carry a fee of over TRY25. Finally, regarding fees on consumer and mortgage loans, only the credit allocation fee may be charged, and cannot exceed TRY500. Loan restructuring no longer bears a fee.

Meanwhile, the internal systemic benefits of prudent banking regulation are thus extolled by Murat Dinç, the General Manager of Burgan Bank, who stressed that: “The Basel requirements are already implemented in the local banking system—we are actually in line with European and international regulations and standards. The average capital ratio is actually at 8%, while the minimum ratio stipulated by the Banking Supervision and Regulation Authority (BRSA) for Turkey is 12%.” The institution ranked 16th largest private bank in Turkey as of mid-2014.

THE SECTOR IN NUMBERS

While some metrics have yet to conform to government targets, its Medium Term Program (2015-17) forecasts GDP growth of 4% in 2015 and 5% in 2016-17. And ultimately, interest in and the momentum of Turkey’s financial system has survived. Istanbul is set to become a regional financial hub, with a mini-city in progress to accommodate it on the city’s Asian shore. Meanwhile, for 2014 Turkey’s financial assets to GDP ratio reached 202%, up from just shy of 150% in 2007; room for improvement remains, however, and the IMF anticipates a 2018 print of 247%. According to Deloitte, banking sector lending stood at TRY 1,240 billion as of December 2014, with a loan growth CAGR in USD-terms of 12% between 2007-14 (23% in TRY), forecast at 12% to 2018. Yet deposit growth for the 2007-14 period in USD was slight at 6% (17% in TRY). The dilemma here? Loan demand, notably outpacing deposit growth begs a policy conducive to encouraging the savings ratio. Government curbs on credit as of 2014 had reduced the sector’s Net Interest Margin (NIM) to 3.2% from 4.5% in 2007. The return on loans for the sector overall as of 2Q2015 was 9.1%. The respective figures for private local, state, and participation banks respectively were at 9%, 9.4%, and 9%. Deloitte mentions a forecast decrease to 2.8% by 2018, in step with other transition economies. The latest BRSA data points to banking sector profit for July 2015 of TRY1.72 million (-37% MoM, cum. +6% YoY). State banks (SBs) outperformed private local banks (PLBs) with net earnings down 6% MoM in contrast to the leaden 47% drop for PLBs. Participation banks’ earnings, at TRY60 million, were down 14% MoM. 2Q2015 net income of TRY6.9 billion was down 25% QoQ.

Participation (or Islamic) banking is on the up in Turkey. While these banks’ total assets accounted for 2.44% of the total banking sector in 2005, the ratio had virtually doubled to 5.22% by end-2014. State banks, including Halkbank, have looked to get in on the action by applying for participation banking operation licenses, which will expand the field and spur competition. For the month of July 2015 the net income of participation banks, at TRY60 million, was 32% down YoY.

One of the big four, İşbank, posted a 2Q2015 net income of TRY908 million (+9% YoY). The bank is less bullish about its 2015E Net Interest Margin (NIM), which it feels could register closer to the lower end of its guided band range of 3.7%. 2Q2015 NIM of TRY 2.1 billion was nonetheless up 26% YoY. Asset quality was healthy as the bank is among best in class. The non-performing loan (NPL) ratio rose just 8bps to 1.6. Net income of TRY908 million was 9% up YoY for the period. Stalwart Akbank saw a 2Q15 net income of TRY682 million (-7% QoQ, -24% YoY), in line with the market consensus of TRY660 million. As of June 2015 total assets of TRY 221 billion were 13% up YoY. Garanti posted a 2Q15 net income of TRY1.031 million (+31% QoQ, +27% YoY), exceeding the TRY960 million market consensus. Total assets of TRY235 billion were up 15% YoY. The big four round off with Yapı Kredi Bank, which printed a 2Q2015 net profit of TRY 407.1 million, on a 22% YoY incline, while outperforming the consensus forecast in a Reuters poll of TRY354 million. Finansbank, seated among Turkey’s top-five private banks, saw its growth opportunity following the sector turmoil of 2001. With a majority stake (currently 60%) purchased by National Bank of Greece in 2006, Finansbank’s Chairman of the Executive Board and Group CEO Dr. Ömer A. Aras told TBY that, “We don’t have any plans to grow through M&A activity—our plan is to grow organically by taking opportunities.” Arab Turkish Bank (A&T Bank), established in 1977, was the first institution specialized in trade between Turkey and the MENA region. Chairman Osman Arslan, with extensive senior management experience at Ziraat Bank, explained to TBY that, “Arab Turkish Bank is a partnership between the Libyan Foreign Bank, Libya’s biggest bank, and Ziraat Bank and İş Bankası, which are Turkey’s greatest banks. The majority shareholder is the Libyan Foreign Bank.”

The traditional branch is not yet dead. And yet to weather economic challenges and tap more citizens, the banks are plumbing new revenue channels. A Deloitte report of February 2015 indicates that fundamental structural changes in the Turkish banking sector are in progress. These include a centralization of processes away from brick and mortar banks toward customer convenience, agent banking to increase rural participation and “strategic partnerships with telecommunications and retail sectors.” The latter will foster competition among the Telcos and banks alike going forward. Needless to say, technology uptake fueled by a population currently being taught on classroom tablets as part of Turkey’s broader 2023 Vision will boost financial uptake on the digital platform. And, in turn, ultimately reduced operational expenses incurred by the banks translate into higher profitability.

As Turkey continues to lower its center of gravity, then, to withstand international headwinds, so too, does its leaner financial sector operate within sensible parameters. And meanwhile, local players have adopted a more lateral approach to the client that will increasingly rely on personalized service that meets new preferences for personalized service.