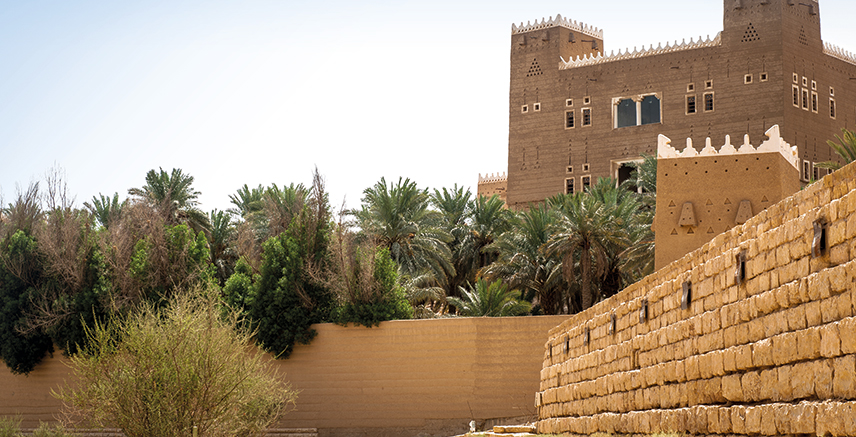 Share on:
The Kingdom has long relied on oil to carry its economy, but the Vision 2030 seeks to overhaul that system. Under the Vision's blueprint, tourism and cultural heritage are set to become new pillars of the economy.

The tourism industry in Saudi Arabia has historically relied almost exclusively on visitors and pilgrims coming to the Kingdom for the Hajj or the Umrah. The Kingdom will always be the “cradle of Islam,” and religious pilgrimages to the sites of the Two Holy Mosques in Mecca and Medina will continue to make up a large share of the number of visitors to the country for the foreseeable future. But changes to the country’s tourism industry in line with the Saudi Vision 2030 are expected to transform the Kingdom into a renowned travel destination not just for the pious.

The vision is the Kingdom’s blueprint to diversifying its economy away from oil and achieving long-term economic and social objectives. A vital aspect of the plan involves broadening and strengthening the tourism sector by reducing and redefining certain visa requirements and restoring and developing cultural and Islamic sites.
According to the World Bank, Saudi Arabia hosted some 18.3 million tourists in 2014, making it the 16th most visited tourist destination in the world. In 2015, the Kingdom made some $200 million in leisure tourism expenditures, according to the World Travel and Tourism Council (WTTC). That number is expected to remain relatively unchanged in 2016, but is projected to rise to over $300 million by 2020 and double to more than $400 million by 2025. Among industries directly linked to tourism, capital investments actually dropped in 2015 to $21.6 billion, down from $24.5 billion in 2014, reports the WTTC. Capital investments however are expected to rise sharply in the coming decade, anticipated to reach $32.7 billion in 2020, and blow up to $49.2 billion by 2025.

The Saudi Commission for Tourism and National Heritage (SCTH) announced earlier this year that tourism numbers are expected to rise to more than 140 million by the end of the decade. A vast majority of those tourists, some 128 million, will be domestic, while the 13.1 million foreign tourists will primarily be made up of visitors from the Gulf and other Arab countries. In line with the rise in tourists, overall tourism spending is expected to increase as well, with domestic tourism spending rising from its current $13.1 billion to $20.7 billion by 2020, and foreign spending nearly doubling, from its current $3.1 billion to $6.1 billion by the end of the decade, according to Gulf Business. The increased amount of tourism will result in an expected 807 million hotel nights for the Kingdom by 2020. Thus, the SCTH also made a call for an additional 48,000 hotel rooms to be added to the country.

In August 2016, Saudi Arabia’s National Transformation Program (NTP), a part of the Vision 2030, approved almost $7 billion for 13 different tourism initiatives around the country that will be carried out by the SCTH, according to a report by Arab News. The initiatives are meant to buttress the efforts of current projects to develop and enhance the Kingdom’s tourism industry and national heritage. The commission’s president, Prince Sultan bin Salman said the NTP is focused on turning tourism and national heritage into a pillar of the post-oil Saudi economy. The NTP is currently supporting a wide number of initiatives, according to the report, with funding going toward 17 handicraft centers, 18 heritage sites, 18 museums, 80 historic sites, and six new UNESCO World Heritage sites. In addition, the Ministry of Finance will also be working to aid development of the sector; according to the report, the ministry will allocate some $800 million over five years for various projects. Furthermore, interest-free loans will be made available to investors seeking to develop various tourism projects. Finally, a marketing council, with involvement from the private sector, will be created that will oversee and create Saudi tourism products and activities, and will develop marketing tools to help the budding sector with exhibitions and conferences. Funding for the council will come from fees paid by clients and hotels.

In July 2016, the Kingdom opened its very first snow park, Snow City, in the capital city of Riyadh, offering Saudis and visitors a frosted, snow-capped escape of 27-degrees Fahrenheit just in time for the most enduring part of summer heat. The 5,000sqm facility was completed at a cost of some $27 million and is able to host 350 every hour. The snow park was built in hopes of attracting not just international tourists but as a means to boost local tourism; typically, Saudis prefer traveling abroad, especially to neighboring Gulf countries whose tourism sectors are seemingly exponentially more developed than the Kingdom’s. Part of the Vision 2030 is boosting internal tourism, and Snow City is one of the first developments to that end. Among the attraction’s handful of amusements, visitors can ride around in the ice bumper cars and snowmobiles, take to one of several ski and snowboard runs, climb and boulder on the climbing wall, and take in all the views on the facility’s panoramic bridge. In August, the New York Times reported that Snow City was attracting an unexpected number of women; while initially, it was expected women would make up only 10% of visitors, so far, more than 75% have been women.

Though the snow is not going to melt anytime soon, if it did it might be okay; the Kingdom has ambitions to become a significant player in the global theme park industry. The country has invested some $133 million in Lebanon-based, child-oriented KidzMondo Theme Park, which is set to open in Riyadh in 1Q2017 before spreading out and opening in the Kingdom’s other major locations. Amusement parks provide the potential for the Kingdom to attract the numbers of tourists it hopes to see in the coming years. According to Al Arabiya, tourism, travel and hospitality are expected to reach peak growth over the next 15 years, with an 11% compound annual growth rate from 2014 until 2030.

The Kingdom has an estimated 1,300 islands along its Red Sea and Persian Gulf coasts. While these islands are used as tourist attractions, many are almost entirely undeveloped. The islands vary in terrain and environment, from sand bars to lush islands verging on the tropical. Most offer fine white sand, crystal clear water, and some of the most phenomenal coral reefs on the planet. On the Red Sea in between Saudi Arabia and Eritrea rest the Kingdom’s Farasan Islands, a group of islands declared a sanctuary. With a lush landscape and relatively moderate climate year round, the group of islands is prime land to be further developed to host the number of tourists expected to visit the Kingdom in the coming decade. A token attraction on the island is the yearly hareed, or parrotfish, festival. During each April and May, locals celebrate the arrival of the fish, which swims up into the shallowest parts of the coastline. Also on the island is Al Qassar Village, an ancient summer resort whose geometric architecture and columns gives it a Roman feel.