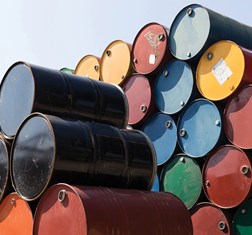 Share on:
Oman is China's fourth-largest source of oil, and China is Oman's top export partner. It only makes sense that Oman is inviting Chinese investors to help achieve its Vision 2020 goals.

At 5.6 billion barrels, Oman has the 21st-largest known crude oil reserves, and its oil and gas sector accounts for almost 50% of GDP, 68-85% of government revenue and 70% of exports. Keeping all that and the shocks in the global oil market in view, the government developed its Vision 2020, with an aim to reduce the economy’s USD73-billion hydrocarbon-derived share of GDP by half. To achieve this, Oman has allocated USD106 billion to develop the tourism, transport, and real estate sectors.

Aware of the challenges ahead, Oman issued its first triple-tranche bond in 2017, raising a total of USD5 billion in five-, 10-, and 30-year notes. In January 2018, it issued its second triple-tranche bond and raised USD6.5 billion. This meant Oman had covered around 83% of the USD7.8 billion deficit projected in its 2018 budget. However, there is only so much the Sultanate can achieve by itself, so it makes sense it is looking to international partners to help achieve its long-term goals. One partnership that stands tall is that with Beijing.

According to Chinese documents, Omanis were the first foreigners to reach Chinese shores, with Sino-Omani relations dating back 2,000 years. Fast forward to May 2018, when both countries marked the 40th anniversary of their diplomatic relations. After establishing official diplomatic relations in 1978, Oman became the first Arab country to export oil to China. Petroleum trade has since been the foundation of Chinese-Omani relations. For perspective, China imports about 77% of Oman’s crude oil and 91% of its condensates, according to Oman’s Ministry of Oil and Gas.

Oman opened its doors to Chinese investment in a major way in 2016 as a step toward transitioning to a knowledge-based economy. In 2017, Oman borrowed USD10 billion to meet its budgetary targets, USD3.55 billion of which was raised through a loan from a group of Chinese financial institutions. In 2018, the two countries also signed an MoU for Beijing’s Belt and Road Initiative (BRI). This bodes extremely well for Oman’s southern port town of Duqm, merely a fishing village until plans were laid out in 2011 to turn it into the Gulf’s next boomtown.

Situated 480km from Muscat, Duqm lies on the Arabian Sea near the gateway to the Persian Gulf, through which almost a fifth of the world’s oil flows. This strategic location is one of the crown jewels of China’s BRI, and in 2017, Oman Wanfang, a consortium of private Chinese companies, committed USD10.7 billion to build an 11-sqkm industrial city in Duqm’s special economic zone (SEZ), dubbed the Sino-Oman industrial city. For perspective, Oman Wanfang’s USD10.7-billion investment is the equivalent of more than 50% of Oman’s entire stock of FDI. The Chinese consortium has promised to develop at least 30% of the project area within five years, including a range of mega-ventures. Proposed plans include 35 projects, including an oil refinery, a methanol plant, an automobile factory, a solar power equipment production facility, a USD200-million tourism zone, and homes for 25,000 people.

According to BMI research forecast, the Sino-Oman industrial city will be a major stimulus for Oman’s construction sector, pushing its growth rate from 2.4% in 2017 to 4.9% in 2019. Given the scale of the project, the forecast doesn’t seem to be a long shot from reality.