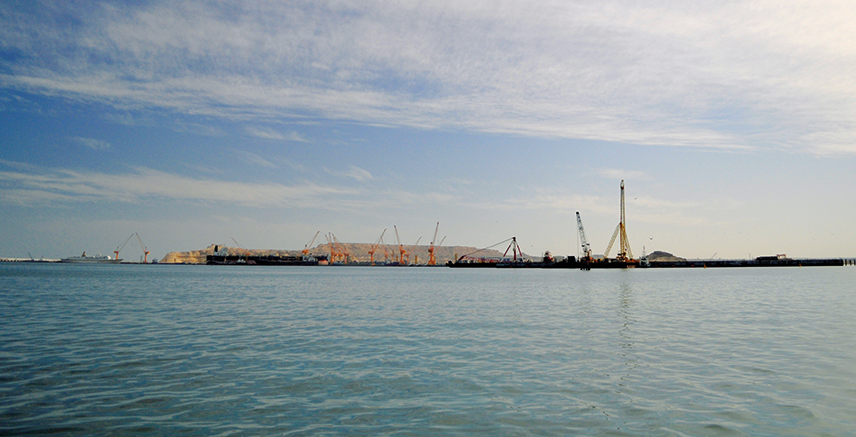 Share on:
The massive amounts of investment pouring into Duqm are set to make the city a major international player when it comes to trade and industry.

The principal endeavor of Oman’s massive investment initiative is the Duqm redevelopment megaproject. As of 1Q2015, the Special Economic Zone of Duqm (SEZD) had received $5.2 billion in investments for the 23 projects underway, 14 in the tendering stage and many others planned for development at later stages. Due to its high priority as the flagship project for economic transition in the Sultanate, the government of Oman is committed to assuring that Duqm developments do not slow down due to a lack of access to financial backing. The mandate for the overall redevelopment initiative at Duqm is to prepare Oman for the post-oil era and with its strategic position, access to state of the art infrastructure, and substantial support from both the public and private sectors, it is on track to do just that.

The Duqm megaproject is nearly unmatched in the level of attention that it has received. Reggy Vermeulen, CEO of the Port of Duqm Company, explained that one of the biggest challenges faced by project developers is managing the often unrealistic expectations generated by receiving such constant press coverage. According to Anwar Kahlan Al Battashi, urban planning manager with the Special Economic Zone Authority at Duqm (SEZAD), the current timeframe for the first phase of the Duqm’s overall development extends from 2015 to 2025. The second phase will run from 2026 to 2035, while the third phase is expected to take place between 2036 and 2045. Vermeulen also noted that it is difficult but necessary to try to bridge the gap between hopes and expectations by making it understood that megaprojects like Duqm will always be subject to a certain degree of macro-level volatility that can not be incorporated into risk mitigation scenarios. For its part, work is continuing on the construction of the Port of Duqm itself, one of the most significant components of the entire development plan.

Of the $161 billion invested in projects planned and under construction in the Sultanate, $76 billion were allocated to developments in construction and transport, $56 billion to oil and gas, $14 billion to power and water, and $11 billion were spent on developing the industrial sector, making Oman the 2nd highest industrial investor in the GCC behind Saudi Arabia. All of these sectors form the core of the vision for redeveloping Duqm into a leading regional port for trading and logistics while cementing its position as a hub for sustainable long-term economic growth.

The main company at Duqm that is already fully operational is the Oman Drydock Company (ODC), a joint venture between the government of Oman and Daewoo Shipbuilding and Marine Engineering (DSME) of South Korea. Equipped with a $1.7 billion state of the art facility that is the second largest of its kind in the MENA region, the dry dock at Duqm features two 410m docks and 2.8km of quays that can support up to 10 simultaneous ship repairs of 600,000 deadweight ton-carrying vessels. Existing capacity has thus far matched demand and the ODC recently surpassed the 300-ship mark. Future plans for expanding operations of the drydock include ship conversions in 2017, shipbuilding in 2021, and continuing financial investments upwards of $50 million.

Owing to its geopolitically strategic location, the undeniable strength of the entire Duqm initiative is the potential for the Port of Duqm to serve as a hub for global logistics. Overseen by the Port of Duqm Company as a joint venture between the government of Oman and Belgian Consortium Antwerp Port, the Port of Duqm is quickly gaining interest as a staging hub for international logistics companies. The first phase of the port includes an 18m-deep inner basin with a 2.25-km commercial quay that can accommodate up to eight vessels, as well as a 1km-long government quay, which will accommodate not only Omani government ships, but potentially those of foreign partners as well. Following the announcement in July of His Majesty Sultan Qaboos bin Said’s Royal Decree 28/2015 establishing the Law on Granting Concession to Develop, Manage, and Operate Duqm Port, the government has helped clear the administrative path needed to facilitate the continued construction of the Port of Duqm. Nearing the launch of the second phase of construction, which will take approximately two years to complete, extensions to the port will result in a basin of 6.5sqkm and an additional 13,500m of commercial quays that will allow for 36 additional berths. Progress on the much-anticipated Duqm Refinery is also on track, with commissioning set for 4Q2018 and operations expected to commence in 4Q2019. The $6.5 billion project, which occupies a space of 900ha, will create up to 25,000 jobs during its construction phase and an additional 1,000 jobs to operate the 230,000bpd facility.

The long-term sustainability of the new Duqm is largely dependent on the capacity to support a desirable living environment for workers. As such, much due attention is being paid to the establishment of the Duqm Frontier Town project, which in its first phase has developed 23ha with 344 residential units, recreational facilities, retail outlets, and the necessary physical infrastructure to support a high-growth community. Moving into its second phase, the project’s planners have identified a need to focus on social infrastructure as an equally important factor for future community growth. That foundation for a sustainable social infrastructure was further solidified in 2015 with the opening of the A’Duqm Police Compound and the graduation of its first class of police officers.

SEZAD plays a central role in steering the project down the correct course of development toward a sustainable portfolio of economic diversification that can serve as the model and foundation for the future of Oman by attracting investors from a variety of sectors. SEZAD received continued interest from foreign investors in 2015, a promising sign that prior efforts to market the many opportunities available at Duqm are paying off.
In addition to the well-established Port of Duqm joint venture, SEZAD helped secure several key commitments from foreign investors in 2015. Plans for a joint venture between Xsite Group (Australia) and Al Jazeera International to develop the Duqm Beach Resort were confirmed in 2015 when SEZAD granted development rights to a 45ha plot of land. With construction set to begin by late 2015 and finish in 2020, the $500 million project will provide 1,000 jobs in a sector that already boasts a 90% Omanization rate. The government signed another landmark deal in 2Q2015 with the Saudi Fund for Development to invest $185 million in Duqm. Around $45 million of this investment will be allocated to further develop the infrastructure of SEZAD, while the remaining $140 million will contribute to the construction of a state of the art fishing port at Duqm. Perhaps the most significant foreign investment development in 2015 came from Iran. In addition to meetings between delegations from SEZAD and Iran’s Chamber of Commerce, Industries, and Mines (ICCIM), which proposed forming joint investment companies through which Iran could invest hundreds of billions of dollars over the next 10 years in infrastructure, minding, and industry at Duqm, the Iranian ambassador to Oman announced that the country plans to invest $4 billion in projects at Duqm beginning in 2016.
The Duqm megaproject is a centerpiece of the Oman Vision 2040, and with progress continuing on existing projects as well as investments being secured for new developments, the level of anticipation is growing right alongside the project’s readiness to operate.