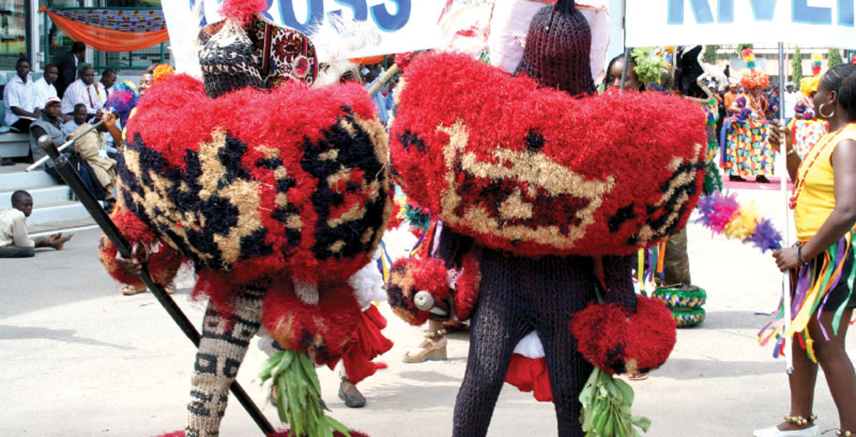 Share on:
The middle class in Nigeria is beginning to make their presence know in global markets, but at home, the challenge is to provide world-class offerings that can compete.

Developing Nigeria’s tourism sector is concurrently a challenging and rewarding undertaking. The country is endowed with vast ecological and cultural resources, some of the most cosmopolitan cities in Africa, and home to an emerging middle class that are embracing consumption and leisure habits that resemble more developed markets. However, before this multi-billion dollar market can be actualized, Nigeria must address its pressing security issues, and the government and private sector must work in conjunction to implement the level of infrastructure that visitors expect—the sort that brings them back for more.

A number of tax incentives are worth closer scrutiny, as they illustrate the role that tourism investment could still play in developing the country’s economic periphery. Such businesses are also a crucial source of foreign currency, especially under current monetary policy. For example, investment related guidelines published by the government state that, “25% of income derived from tourists by hotels in convertible currencies is tax-exempt provided such income is put in a reserve fund to be utilized within 5 years for expansion or the construction of new hotels, conference centers, [and similar utilities] that are useful for tourism development.” The same promotion also advertises a “100% tax holiday for seven years and additional 5% depreciation over and above the initial capital depreciation.”

In addition, the Nigerian Investment Promotion Council (NIPC) has been empowered, and acts as a one-stop shop for clearing investment in the country. The tariff structure in place prioritize local production, which favors labor-intensive sectors such as tourism. The country’s visa policy enables foreign investors to procure an entry visa to Nigeria in a short period of time. For international tourists, visas are available at Nigerian embassies, high commissions and consulates worldwide.

According to the Nigeria Tourism Development Corporation (NTDC), Nigeria’s tourism market has the capacity to generate billions more in revenues. World Travel & Tourism Council (WTTC) data shows that travel and tourism generated close to $7.83 billion in 2014. And while these numbers are encouraging, they belie a fundamental weakness in the sector that can only be addressed through increased development and an improvement in the security situation.

With a population of over 173 million, Nigeria’s per-capita tourism revenue is only $45 per year. On the other side of the continent, Kenya generates $49 per capita, per year. To the north, Morocco generates approximately $217 by the same metric, and almost four times the overall contribution to GDP. These numbers underscore the centrality of awareness, connectivity, and branding to tourism.

For Nigeria, this means building on busy routes between locations like Dubai and South Africa. For its part, Dubai has already done an excellent job of attracting Nigerians to shopping malls with direct flights and promotional campaigns. The onus is now on Nigeria to reciprocate these strategies and get tourists into the country. The new South African airline (SAA) route between Abuja and South Africa will serve as a catalyst for the bilateral trade between Nigerian and his country. As the route becomes more traveled, leisure travelers should start patronizing Nigeria’s tourism and retail centers as well. In general, the African tourism market (an incredibly diverse one) is attracting more mainstream tourists, and many countries are shaking the reputation as inaccessible and exotic. This translates into more high-end hotels and luxury tourism, although the whole spectrum is still available.

In Nigeria’s major cities, businesses are agglomerating around centers of what Anthony Shishler, Fahrenheit Hospitality’s GM calls “home-grown lifestyle” tourism. With a slew of successful high-end business already on the market, companies like Fahrenheit Hospitality are rushing to meet demand. Mr. Shishler explained to TBY that, “there is an enormous spending power in Lagos…people in Lagos are well educated and traveled and want to go somewhere that they can be with like-minded people.” He added that, “brand-driven concepts are gaining popularity in Nigeria.”

Hotels across the economic spectrum still face exceptionally high costs associated with providing guests with 24-hour utilities that the public grid cannot yet provide. In house electricity generation is a fixture for hotels in the country, especially the more expensive on, and costs are ultimately passed on to consumers. Following recent privatization and increased private-sector investment in the power grid, these problems should me mitigated in the medium-term allowing hotels to focus on more hospitality-related investments

Nigerians themselves are the engine of the tourism industry, with domestic tourists bringing in $4 billion in 2014, while the diaspora market netted an additional $3 billion annually. National festivals attract tens-of-thousands of tourists and generate millions of naira in revenue. Nigerians are also flocking outwards, in competition with local offerings. In 2012, Nigerians spent $260 million on medical tourism in India alone. In 2014, spending by Nigerians in the UAE increased by 38%. More specifically, a report by Network International found that Nigerian expenditure in the UAE in the fashion sector was up an astonishing 87% in 1-3Q2015.

The local market is responding with its own offerings. In addition to an ever-growing list of hotels coming online, big-ticket items such as the NGN1.5 billion Dreamworld Africana theme park in Lekki-Ajah are expanding leisure options for Nigerians that would rather not fly thousands of miles for their kicks. With some attractions already open to the public, other facilities will be added soon, including a technology park and shopping mall, a virtual reality center, and a hotel.

Turning to the numbers, the WTTC 2015 Nigeria report found that the direct contribution of travel and tourism to GDP in 2014 was $7.5 billion, or 1.7% of the total. More generous estimates put this number as high as 4%, but with countries such as Kenya and Mexico benefiting to the tune of 12% and 11.9% respectively, the government is under pressure to do more. The good news is that GDP contribution is forecast to rise by 2.4% in 2015, and subsequently by 5.8% per-annum between 2015 and 2025 by the WTTC metric.

The total contribution (including wider effects from investment, the supply chain, and increase in velocity of money) was approximately 2.2 million jobs in 2014, with an incremental rise moving into 2015.

Most of these gains are expected to be in hotels, restaurants where culinary and leisure trends are developing rapidly. TV shows like “Today’s Special with Busola” represent a new breed of lifestyle and entertainment program that explore cuisines from different exotic restaurants, especially restaurants with signature dishes. On any given show, the host Busola Komolafe explores new local and exotic flavors at Nigerian restaurants. The show is replete with exhaustive corporate branding and represents a new reality that rivals the potential for commercialization in developed markets across the world. Closer to the everyday, gastronomic events like the “Eat.Drink.Festival” create a culinary experience of the city’s best food and drink brands.

These developments are key to increasing spending by foreign visitors. As of 2014, domestic tourists accounted for an overwhelming 95.8% of travel and tourism’s contribution to GDP. Moreover, domestic travel spending is expected to grow by 2.7% in 2015, reaching NGN2.5 trillion. Over the subsequent decade, this figure will rise by 5.7% per year, hitting $12 billion in 2025.

So what lies ahead for the tourism sector? One area that holds promise is retail and fashion tourism, which builds on the international draw of Nigeria’s major cities. Moreover, Nigeria’s uncomplicated visa regime, and growing number of connections to other travel hubs in Africa are creating the conditions for local brands in the tourism and retail sector to stand out.

Underscoring the gravity of these trends, a recent survey by a Tanzanian low-cost carrier found that no more than 3% of Africans currently travel. The airline carried out a survey in 2014, which found that 35% of their passengers were first time travelers. A Norton Rose Fulbright memo from 2014 expected sales of 900 new aircraft in the next two decades. Seattle based aviation giant Boeing was even more optimistic. According to their 2014 market outlook, the firm expects the African market to take on 1,080 jets at a market value of $140 billion. With expectations this high, Nigeria is already ahead of the game given the economic importance of the country, the centrality of its transport hubs, and the current trajectory. The onus is now on the private sector to leverage these developments.