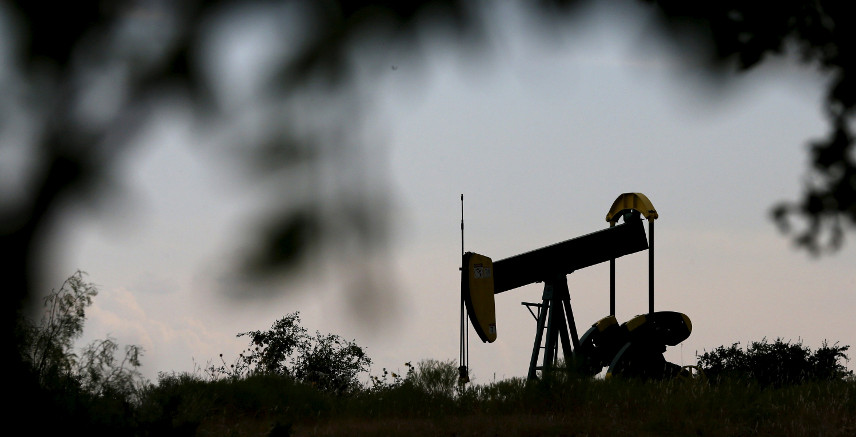 Share on:
Heavy trading on the North American market each Wednesday morning has analysts scratching their heads. What’s behind this midweek surge?

An oil derrick in operation in Texas

Even for industry insiders, oil trading, both in its physical form and in financial markets, is a complex and obscure business. The relatively straightforward processes of exploration, production, refining, and distribution get lost in the mists of price volatility, betting against-the-market (shorting), and a constant bending of the rules of supply and demand.

Over the past few days a story has emerged in the North American oil trading markets that clearly demonstrates this very phenomenon. The quantity of crude in storage is followed closely by traders and analysts alike, and is reflected in the West Texas Intermediate (WTI), the benchmark oil price in the US. This is reported on weekly by the Energy Information Agency (EIA), on Wednesdays at 10:30 in the morning.

In recent weeks, however, following the publication of the EIA report, the price immediately drops and then, after ten minutes, there is a surge in purchasing that pushes the price up again. This rush does not continue into Thursday and Friday, so the price falls yet again in the days that follow.

With crude oil prices far from the heights of USD110/USD120 per barrel in June 2014, the current price stands at a little over USD50, following a small rebound in early 2017. The decimation of oil prices over the past three years is the result of a supply glut which was mostly prompted by the unconventional oil production revolution in the US. New methods of extraction added millions of barrels of daily production to the world market, while consumption in Asian markets grew less than expected.

And when oil is not consumed, it is stored. The EIA reports show the extent to which these stocks rise and fall, and of late, the quantities of oil stored across the US have been increasing. This should push the price down, and conventionally, the publication of the reports on Wednesday is met with downward pressures on the market.

The phenomenon has left many analysts puzzled, contradicting as it does the established market rules. But since market trading is done anonymously, there is no way to confirm who is behind these acquisitions.

This story was first picked up by the Financial Times on Wednesday, with different explanations put forward in specialized media and across debate forums to account for it. As OPEC and Russia agreed on lowering production to help push the prices up, the market has seen an upswing in the WTI price.

Suspicions that OPEC could be buying futures in bulk to further push the price of its main commodity have been expressed, while other explanations concern macro hedge funds attempting to swing the market by dominating trade volumes.

However, the fact that these purchases only take place in the first half hour after the release of the EIA report indicates that this may not be the case. It could be that automated trading programs are influencing the burst, with more conservative investors reversing the effect soon after.

Another possible explanation put forward in a debate forum is that this could be the result of a battle between traders. The American Petroleum Institute, another entity responsible for oversight of the US market, publishes a different report on the quantity of oil in storage on Tuesday afternoons.

The theory goes that some traders might be shorting the commodity on Tuesday expecting a price fall after the EIA report the following morning. Meanwhile others are betting against these same traders by buying against the information in the report. This conflicting movement pushes the investors that shorted the commodity the day before to close their position and cut their losses, further pushing the price up. That could explain why the price tends to fall for the first 10 minutes after the report’s release, following the effect of the previous day bets, while it surges as traders start to buy again.

If so, the effect would not last for long, as soon as Tuesday traders become aware of the strategy. Traders making a profit in times of market instability is nothing new, regardless of the actual price of the commodity in question.

The market performance of oil futures has been sluggish at best over the past few months, with price ranges averaging at no more than USD5, so it is possible that market players might be trying to artificially introduce price swings to increase profitability. With the nature of such trades so obscure though, these theories are impossible to prove.