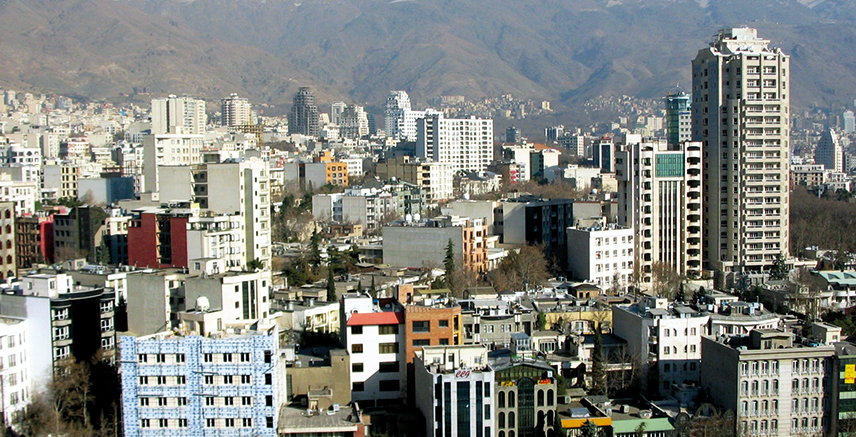 Share on:
The lifting of economic sanctions against Iran has placed the attention of spectators and participants alike on the next moves the country will take.

It is no rare occurrence in the areas of modern-day Iran for the fortunes of the many societies that have called the region home to seemingly change on a dime as if by dramatic intervention. Since the country’s Islamic Revolution of 1979, when the regime of Western-backed Mohammad Reza Shah Pahlavi was replaced with the theocratic government of its current form, the Islamic Republic of Iran has not had a particularly easy time partaking in the increasingly globalized modern economy while retaining a firm position on defining the contours of its own socio-political identity. Harsh economic and diplomatic sanctions put in place between 2012 and 2013 triggered a severe recession that saw the loss of roughly 27.57% of the nation’s economic output, with GDP falling from USD587.209 billion in 2012 to USD425.326 billion in 2014. Despite the crippling burden of the sanctions, Iran’s estimated USD393.7 billion GDP in 2015—down 7.44% YoY from 2014—made it the second-largest economy in the MENA region, trailing only Saudi Arabia, while its 79.1 million-strong population makes it the second-largest country in the region behind Egypt.

Though GDP per capita in Iran, which stands at approximately USD17,365 at international purchasing power parity, has long outpaced the regional average, its country ranking fell in the World Economic Forum’s 2016-2017 Global Competitiveness Report (GCR) to 76th, down two spots from 74th in the 2015-2016 edition of the report. While the direct role played by the state in managing its commanding heights and the central importance of the local hydrocarbon sector is similar to numerous MENA economies, Iran’s differs from many of its regional peers in the level of diversification. Its GDP is supported by services, agriculture, and manufacturing and mining, all accounting for significant portions of the country’s economic output. According to an annual report from the Central Bank of Iran, the services sector contributed 1.5% to GDP growth in the 2013/2014 fiscal year, while manufacturing and mining contributed 1.3% and the oil sector added a further 0.5%, making them the three largest contributors to economic growth.

The 17th-largest country in the world by area, Iran sits atop a wealth of hydrocarbon resources, with the world’s fourth-largest proven crude oil reserves and second-largest natural gas reserves. The state budget, and in turn a sizable portion of overall economic activity, still relies heavily on hydrocarbon revenues. This has exposed the Iranian economy to a great deal of volatility in recent years. In large part due to declining oil prices, the country’s fiscal deficit increased from 1.2% of GDP in 2014 to 2.7% in 2015, while the national current account surplus fell to approximately 0.6% of GDP in 2015 from 3.8% of GDP in 2015. However, these effects of declining oil and gas prices have been somewhat mitigated, as international sanctions limiting access to global markets forced Iran to enact significant structural reforms in response to the downward price pressures of lower oil revenues many years ahead of other oil-exporters in the region. Gross national savings stand at an impressive 30.1% of GDP, while government debt sits at just 17.1% of GDP, putting the country at 22nd and ninth place, respectively, in the GCR. In addition to the buffering effects of economic sanctions, the country’s financial and capital accounts have remained comparatively unresponsive to shocks in the external macroeconomic environment. Its lower exposure to volatility in international capital markets has provided it a serendipitous layer of added protection from developments such as hikes in the US Federal Reserve interest rate, which have had an immediate impact on the performance of many other similarly structured emerging market economies.

The removal of sanctions that came with the signing of the Joint Comprehensive Plan of Action (JCPOA) in July 2016 is projected to boost production and exports of oil, while in theory decreasing the costs of both international financial transactions as well as commercial trade. The lifting of sanctions brought with it an enormous boost in confidence among both local and foreign investors rushing to capitalize on the myriad opportunities made available by the reopening of economic channels with the global marketplace. Another immediate benefit of the JCPOA for the government of Iran will be the renewed access to heretofore frozen foreign-held assets, around USD30 billion of which have already been made available. On top of these windfall assets, the government hopes to improve the operational effectiveness of expenditure activities by instituting large-scale reforms of its subsidy programs, looking in particular to reevaluate its policies on issuing subsidies for key products such as electricity, water, and bread. During the 2007-2008 fiscal year, indirect subsidies reached an estimated USD77.2 billion, the equivalent to approximately 27% of the year’s total GDP. Continued reduction of significant subsidies like those for fuel through adaptive policies, like the government’s new direct cash transfer programs and increased collection and mobilization of national tax revenues, are now key to further narrowing the fiscal deficit and containing mounting stresses on real exchange rates and forex markets as well as on imported inflation.

Not content to wait for market movements to dictate its policy, the leaders of Iran have formulated a comprehensive policy framework centering on market reforms through the sixth development plan for 2016-2021 as well as a 20-year long-term strategic vision. The development agenda is based on the three tenets of reinforcing the resilience of the national economy, achieving an 8% annual GDP growth rate, and supporting domestic innovations in science and technology. The cause for focusing on better leveraging available knowledge-based assets is illustrated by Iran’s standing in the GCR, which ranked the country 48th and 44th for the quality of its math and science education and the local availability of scientists and engineers, respectively, yet put it at just number 89 in the world in terms of its capacity to innovate. The plan also calls for reconfiguring state oil revenues and implementing deep-reaching restructuring in many key nationalized enterprises, including those in the capital markets and financial services sector.

Though Iran has the 19th largest domestic market in the world, the prevalence of foreign ownership was ranked just 137th best in by the GCR, while the business impact of FDI regulations earned Iran 133rd place in the report. The signing of the JCPOA will give Iran access to the global marketplace, help it establish a more competitive national business environment, and fuel in large part an increase in GDP growth, which the IMF’s First Deputy Director expects to reach 4.5% in 2016, before it levels off to an average rate of roughly 4% over the medium term. In addition to a return to the years of higher GDP growth rates, increased oil revenues are expected to shrink the fiscal deficit to approximately 1.8% in 2016 before falling to just 1% in 2017, while driving the current account balance back into the green by 2017.

The benefits of the JCPOA are expected to bring about noticeable immediate improvements to prosperity at the household level, with per capita welfare projected to improve by 3.7% thanks to the growth opportunities made available by the ongoing trend of liberalization and privatization of transport and financial services as well as the increased oil income expected to follow the end of the oil embargo put in place by the EU. That exports measured just 18.7% of GDP in 2015—one of the lowest levels in the world—gives further credence to the optimism among many that the removal of economic sanctions is key to turning around the country’s regressive economic trajectory of late. Though increased production and exports of oil and gas will relieve pressure on the state budget, one of the real keys to sustainable long-term growth in the post-JCPOA era will be bolstering the competitiveness of the country’s non-oil sector. This will also be crucial for new job creation, a linchpin for the future of a society characterized by the youth of its population, more than 60% of which was estimated as recently as 2013 to be under the age of 30.

The 2017/2018 fiscal year’s budget represents a further opportunity for Iran’s leaders to set a unified direction for Iran’s economic course by establishing a strategy to reduce the deficit for the non-oil sectors and maintain the current levels of low inflation. The strategy stands to position the country to better navigate the uncertain macroeconomic environment to which it is now increasingly exposed, particularly in terms of enduring depressed oil prices and increasing debt service costs. One implication of this is the impetus on heads of both the public and private sectors to secure a reliable and diversified mix of capital funding to support the increased public spending needed to drive consolidated efforts to reorient the national economic structure. In the post-sanctions era, the greater involvement of the international business community is expected to enhance productivity, create new jobs, improve the standard of living, and extend investments in entrepreneurial endeavors. A flourishing Iran could represent a guiding force for regional stability and long-term prosperity. Continuing the steps taken thus far to improve the economic and legislative environment are top on the country’s strategic agenda.