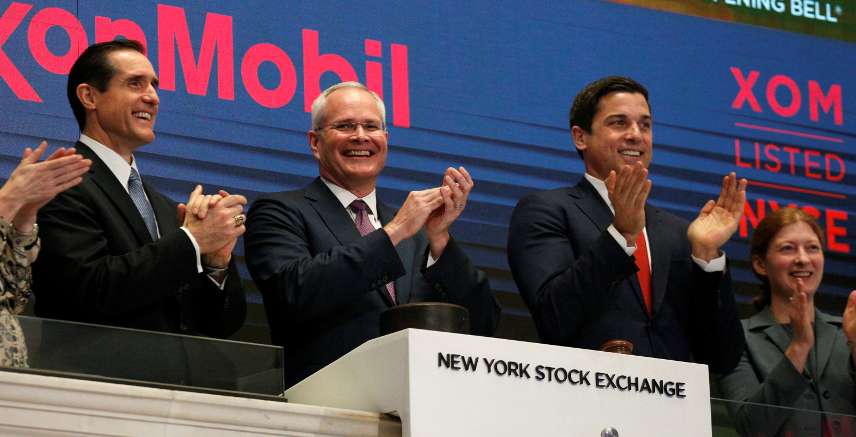 ENI weeks away from gas sale

Share on:
Mozambique could become the third biggest natural gas producer in the world and turn its economy around for the best, as ENI moves to sell off a large portion of its block 4 share.

Over the last seven years, Mozambique has discovered natural gas reserves in the hundreds of trillions of cubic feet (TCF) offshore in the Rovuma basin. East Africa is the new hotspot for oil and gas exploration in Africa and discoveries keep coming.

Block 4 alone holds over 85 TCF. The stakes are immense, particularly in this period of low oil prices. ENI is attempting to capitalize on the successes that have made it the most accomplished oil and gas explorer in the industry in recent years, selling part of its assets with considerable proven reserves to give it the financial edge it needs to move forward with new projects.

The deal is said to involve the sale of 10-15% of block 4 to a financially and technically capable partner, however, some reports in 2016 indicated it could go as far as 25%. ENI operates with a 50% share of the block, with partners China National Petroleum Corporation (CNPC — 20%), Empresa Nacional de Hidrocarbonetos de Mocambique (national oil company ENH, 10%), Kogas (10%), and Galp Energia (10%) holding the rest.

Investment in exploration in oil and gas cliff dived in 2016 to its lowest level in over half a century, following the price slump that cut the value of crude oil by 70% in 2014. This had an impact on the price of natural gas as the two are pegged to each other in many regions throughout the world. The price of the barrel started to rebound slightly in the second half of 2016, which has given much needed breathing space to many cash-strapped oil companies.

So far, ENI has not disclosed who it is negotiating with, so all there is is gossip. However, some evidence exists to suggest the mystery buyer is everyone’s favorite North American monolith Exxon Mobil.
In July 2016, reports emerged from anonymous sources that Rex Tillerson, today better known as the US Secretary of State, acting at the time as Exxon Mobil’s CEO, was in Mozambique’s capital Maputo to discuss the potential purchase of a stake in block 4 with Mozambique President Filipe Nyusi.

Later, in August, reports emerged quoting undisclosed sources stating that the deal had already been signed but wouldn’t be announced for months, on Exxon’s request. Perhaps the time for the announcement is closing in. In 2015, Exxon was awarded three exploration blocks in Mozambican waters, South of the Rovuma basin. It also has a non-operating participation in Statoil’s block 2, in Tanzania, where 22 TCF of natural gas have been found over the past four years.

Participation in ENI’s block 4 would give Exxon access to the gigantic LNG project the Italian company has been debating on in a coordinated move with North American junior Anadarko, operator of neighboring block 1. By all indications, Exxon is the most likely candidate to be the secret buyer. Exxon is also said to be in talks with Anadarko for a stake in block 1.

The real question now is how big a share the company would take, and how much it would be willing to pay for it. In 2013, ENI sold 20% of block 4 to CNPC for USD4.2 billion. However, since the oil price crisis, the value of oil and gas blocks has been somewhat reduced, and it is unlikely Exxon will be willing to pay the same that CNPC did in 2013. Most analysts place the current value of a 20% stake in block 4 closer to USD2 billion.

In late 2016, ENI finally approved the investment plan to develop one of the block’s biggest fields, Coral, which contains 16 TCF of natural gas. The plan has since been approved by almost every partner, with the exception of CNPC. If the Chinese company approves the plan, ENI will move ahead with a floating liquefied natural gas (FNLG) production facility with a processing capacity of over 3.3 million tons of liquefied gas per year.

This billion-dollar investment was under negotiation for years and was facilitated by an October deal with British company BP who agreed to buy all of the FNLG Coral South’s production for 20 years. The sale price per unit of natural gas was not disclosed, but it understood that BP will use the output to ensure that it can fulfill its long-term supply contracts.

Anadarko has been weighing up the benefits of building a USD15 billion LNG export terminal in the mainland to process and export its block 1 gas output. This will be followed by a coordinated and parallel move by ENI to establish an onshore LNG facility for the development of the remaining reserves from block 4. If Exxon moves in on block 1 and 4, those decisions could be sped up as well.

Natural gas exports could completely change Mozambique’s indebted and collapsing economy, but time is of the essence, and low oil and gas prices have only delayed the industry’s development. The issue here is that while Mozambique seems years ahead of its Northern neighbor Tanzania in developing its LNG facilities, the competition is very much global. Mozambique is perfectly positioned to supply the Asian market with a steady flow of natural gas for years to come, but with the Shale gas revolution in the US still pulling down prices and with the global economy decelerating, the odds might not be as favorable.

Australia is finalizing the construction of six new LNG export facilities that should be operational by 2020, and is aiming its exports at the manufacturing powerhouses of East Asia as well. China has been expanding internal natural gas production and has signed a 30-year, USD400 billion natural gas supply agreement with Russia in 2014. This will further reduce global demand.

In contrast to BP’s deal, long-term gas sales agreements are becoming scarce in the global market, and whoever comes first will get the best prices. Fears of a supply glut of natural gas in the coming years could further lower prices and render many projects commercially nonviable. Mozambique could become the third biggest natural gas producer in the world and turn its economy around for the best, but it could also miss this window of opportunity and remain unstable and trapped in poverty. With the possible involvement of major global players like Exxon at a time when the market seems so uncertain, the country stands to gain everything in the coming weeks.