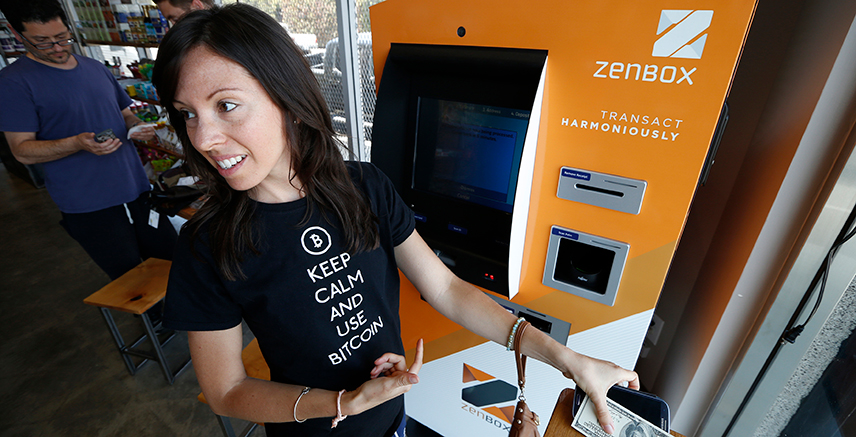 Blockchain tech firm looks to set up in Mauritius

Share on:
As the modern world scrambles to understand, adjust to, and profit from the rise of blockchain and cryptocurrency technologies, we look at how this technology could affect Africa.

These days, technological developments can be challenging to track. There is too much happening, so many concepts and experiments the majority of which never really get off the ground. Some go unnoticed for years until they catch on and lift off, or crash and burn.

For that reason, when a new technology starts grabbing the attention of a wider audience, investors need to be able to understand the novel concept behind it in order to take advantage. That has been the case with digital currencies perhaps more than any other technology in recent years.

Over the past two years, with the rise in value of Bitcoin and Ethereum, and the increasing public understanding of the potential of blockchain technology, the possibility of revolutionizing financial structures through decentralized money transfers is becoming clearer. Institutions around the world have started to build their own knowledge bases on the topic to prepare for what they see as inevitable change.

From Silicon Valley in the US, where “cryptocurrency central” first emerged, we saw analysts predicting that London would become the global hub for blockchain in 2015. That was, of course, before Brexit. In 2016, the Dutch central bank began asking for a blockchain hub to be created to help local banks develop new solutions for their financial system.

DECENT, a leading blockchain content distribution platform, opened a Blockchain Research and Development Hub in Armenia in 2016, as part of a wider effort to position the nation as a leading hub for the technology.

In April of this year, the Global Blockchain Summit took place in the Chinese city of Hangzhou, which is striving to become one of Asia’s main cryptocurrency centers.

Africa, however, has so far been left out of the discussion.

In July 2017, ConsenSys, an Ethereum startup, announced it was involved in negotiations with the government of Mauritius to establish an Ethereum hub on the island nation.

Ethereum is today, after Bitcoin, the second biggest digital currency by market capitalization. One Ether, a single unit of the currency, is valued at USD223 as of today.

Ethereum, has gained traction due to the unique code it uses which allows for the establishment of smart contracts. These are decentralized, automated contracts which automatically disburse payments dependent on the fulfillment of a set of pre-defined obligations by the contracted individual.

It has the potential to revolutionize business administration as we know it.

Mauritius’s Board of Investment, the Bank of Mauritius, and other private and public sector authorities met with ConsenSys representatives to discuss placing the African nation at the forefront of blockchain development.

The firm is considering using the island as a base to penetrate other African and Asian markets.

While it might seem counter-intuitive that a technology that promotes decentralization would need an operating hub, blockchain companies will be looking at the most attractive jurisdictions in which to physically base their operations.

The establishment of a sandbox regulatory license regime, which has been under discussion since 2016, combined with the country’s status as a tax haven, its educated workforce, and its comparatively well-developed infrastructure, has made Mauritius an obvious choice.

According to ConsenSys officials, as a small nation, Mauritius offers the flexibility needed to rapidly adapt to complex technological innovations without excessive restrictions.

What is it for?

What does this technology mean for African people? Blockchain’s decentralized structure has the potential to help overcome a number of issues created by infrastructural development limitations in many African nations.

For one, blockchain-based digital currencies like Bitcoin or Ethereum do not suffer under the influence of a central government’s fiscal policy, nor under political instability. Hence, issues related to accessing stable foreign currency or dealing with hyperinflation can be overcome by using a currency that is globally accepted.

The sole requirement for using the system is access to the internet; not a given, but an easier thing to build than a highway.

The lack of banking infrastructure and access to financial services can also be easily overcome with this technology.

This has been the understanding of a few developers over the last few years, including BitHub Africa, a blockchain accelerator for local start-ups founded in Kenya in 2015; Bitland, a Ghana-based blockchain project dedicated to developing anti-corruption initiatives; or Ekasi-Bucks, a blockchain startup company based in South Africa which is committed to providing financing services for millions of people living in townships.

Across the continent, slowly but surely, these new developments are grabbing investor attention.

Unsurprisingly, one of the most interesting developments in Africa regarding this technology has happened in South Africa. In July 2017, the government engaged the country’s banks to develop a sovereign blockchain, while at the same time selecting local blockchain solutions provider Bankymoon to act as a sandbox venture to experiment with new digital currency regulation.

This story is just beginning, but it could be that the asset-light, decentralized, and open-source nature of this technology could give the African continent a fighting chance in competing for global leverage, given that it makes infrastructural development and political stability less relevant.

Only time will tell, but moves like that of ConsenSys and that of the South African government show that Africa could provide growth opportunities for both investors and developers in the blockchain revolution.