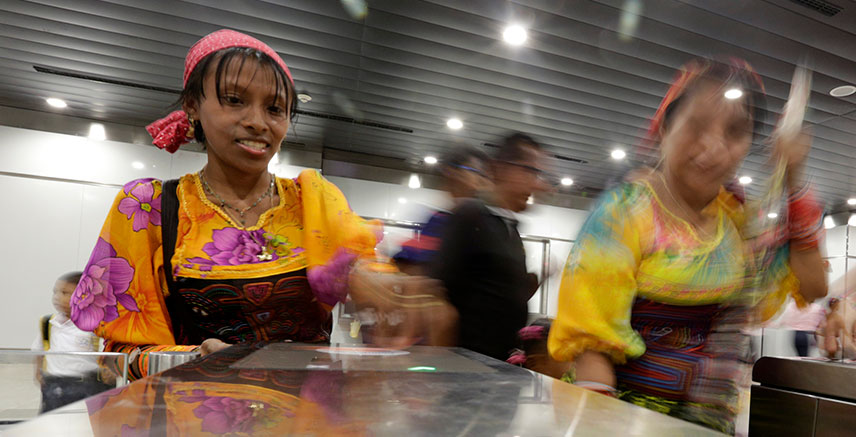 Share on:
The Panama City Metro, which opened its doors in 2014, quickly became a victim of its own success; the metro sees over 280,000 users per day and travel demand has far exceeded the capabilities of the metro.

The Panama City Metro, which opened its doors in 2014, quickly became a victim of its own success; the metro sees over 280,000 users per day and travel demand has far exceeded the capabilities of the metro, resulting in overcrowding, daily traffic jams, problems with door closures, and other issues. In June 2015, the Panamanian authorities awarded the Panama City Metro Line 2 project to a Brazilian-Spanish consortium formed by the companies Odebrecht and Fomento, Contratas y Construcciones (FCC), which had earlier also constructed the 16km-long Line 1 of the Metro at an approximate cost of USD2.1 billion.

When receiving the TBY Award for “the most impactful infrastructure project in the country,” Roberto Roy, Minister of Canal Affairs and Metro of Panama, commented: “If we look at national polls, the Metro is the number-one entity in public satisfaction. We are always above 80%, which gives us a great deal of satisfaction. We are proud to have done something that has truly changed people’s lives for the better in Panama (…) The long-term view for the Metro is in fact a total of seven or eight lines. However, we are talking about a pretty robust network and have done the planning for this through to 2040. The first line was a USD2 billion investment, and that included an 8km tunnel. Line 2 will be longer than the first, at 21km, and will have 16 stations and 21 more trains. We have been increasing ridership for the entire metro and are now at double the expected number of daily passengers. For Line 1, we originally calculated around 140,000 daily passengers; however, we have had days with nearly 300,000 passengers, with the average hovering around 275,000. This has made us place an order for additional cars, and we are buying 70 new cars for Line 1. This way, we can cope with the estimated demand.”

The Panama Metro, with only one line in operation, currently employs 300 people, 98% of whom are Panamanians. The Operations Center has 20 screens that allow staff to monitor incidents in all 13 stations of Line 1. The center controls the operation of all trains, the power supply for trains and stations, electrodynamics equipment, air conditioning, escalators, and over 300 CCTVs to ensure the safety of commuters.

Line 2 of the metro project was sealed at a cost of USD1.8 billion and construction began in mid-2015. After several controversies and delays, works at the end of November 2016 registered an progress of 26%, according to Metro of Panama. However, with fears that two lines will still be insufficient to accommodate growing demand, the government of Panama requested that the government of Japan provide technical cooperation for the project of Line 3, as well as for the management of the interface between the Line 3 project and the fourth bridge over the Panama Canal. The cooperation is based on a USD2.6 billion loan from the Japan International Cooperation Agency (JICA). The financial terms of the loan granted by JICA are based on 20 years, which includes a 14-year amortization, six-year grace period, and three years for disbursement.

Line 3 of the Metro will depart from Albrook Station and will travel through Arraiján and Nuevo Chorrillo, arriving in Ciudad del Futuro, west of the capital. It will travel along a 26.7km route, along which 14 stations will be constructed. This project will employ Japan’s monorail system to carry commuters from the suburbs of Panama City to the city center in 45 minutes, which can take up to three hours by car because of traffic jams. Six-car trains will be able to accommodate up to 20,000 passengers, one way, at peak period in phase 1 by 2020. Phase 2 envisions accommodating a maximum of 31,862 users daily by 2050. The Line 3 project will begin in 2017 and operations are estimated to commence at the end of 2021. The metro expansion, Panama’s largest project since the Canal expansion, will benefit more than 500,000 people and will be the first to use Japanese technology in the Americas.