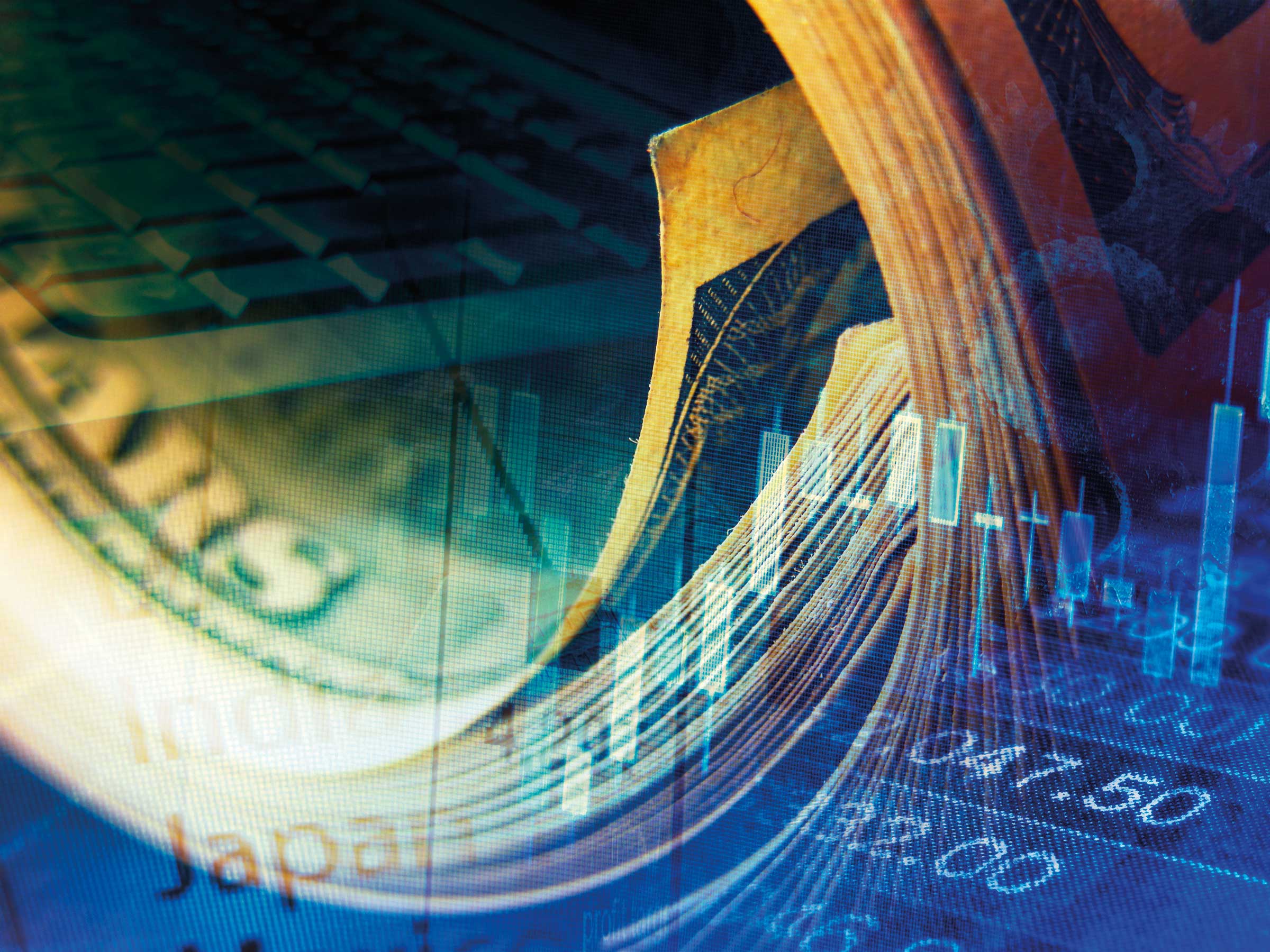 Share on:
Despite declining oil prices reducing government revenues, the performance of Nigeria's banks continues to lead the region and set the country apart as a financial hub of Africa.

The Central Bank of Nigeria’s Financial Stability Report indicated that the net domestic credit of the consolidated banking system to the economy grew by 11.1% during 1H2015 to a total of $107.43 billion. This growth represents a slowdown in net consolidated banking credit compared to the 32.6% increase during 2H2014 and 14.8% increase during 1H2014. The observed credit growth reflects a rise in net claims by both the private sector as well as the Nigerian government. The net credit extended to the federal government during 1H2015 reached $12.6 billion, a 118.45% increase from the $5.7 billion lent during 2H2014 following a 169.44% growth in financial support for the state. At 10.5%, Nigeria’s government debt to GDP ratio was ranked the 7th best in the world according to the 2015-2016 Global Competitiveness Report (GCR). Despite the negative impact of declining oil prices on the state revenues, the federal budget for 2016 will surpass the $22 billion approved in 2015. According to Dr. Abraham Nwankwo, Director General of Nigeria’s Debt Management Office (DMO), the state will largely fund 2016 public expenditures by increasing its borrowing through the debt market, particularly via issuing federal government of Nigeria (FGN) bonds. Consolidated investments in Nigerian treasury bills by the banking system grew 10.4% during 1H2015, and the Central Bank announced plans to auction $4.1 billion in treasury bills during 4Q2015 alone. That increased pressure to finance Nigeria’s deficit spending by borrowing from the banking sector carries the additional cost of constraining credit lending to the private sector, which during 1H2015 increased the risk aversion for consumer credit and largely contributed to the 9.6% decline to $3.86 billion in consumer credit.

YEAR OF THE DOLLAR

The Nigerian banking sector is powered by 24 commercial banks. Following a 2009 audit by the Central Bank that led to a program of government recapitalization as well as mergers and acquisitions, the banking sector regained the ground lost in the wake of the global financial crisis and returned to consolidated profitability in 2010. A series of banking reforms in 2005 has dramatically strengthened the asset base of Nigeria’s banking system. Before the 2005 reforms, even the largest banks in the country were significantly smaller than the five largest banks in South Africa, and there were no Nigerian banks among the 20 largest banks in Africa. As of end-2015, Access Bank, First Bank of Nigeria Holding, Guaranty Trust Bank, Zenith Bank, United Bank of Africa, and Ecobank Transnational were all among the 20 largest banks in Africa, with continually increasing expansion of international branches.

Although 2015 was a tumultuous year for the financial sector, with the equity market down almost 18% through the first 11 months of the year, consolidated assets of publicly listed banks on the Nigerian Stock Exchange grew nearly 10% to $142.6 billion during the same period. Two banks, Ecobank Transnational Incorporated and First Bank Holding Company both surpassed NGN4 trillion ($20 billion) in total assets during 2015. Ecobank Transnational, a pan-African banking conglomerate, had the highest total assets among Nigeria’s banks, growing more than 21% from $19.08 billion at end-2014 to $23.34 billion at end-3Q2015. Ecobank Transnational’s loans and advances on customer deposits, both major contributors to banks’ total assets, increased by 49% and 68.8% respectively through 3Q2015. First Bank Holding Company’s total assets increased during the same period by 3% to $21.59 billion following a 3% increase of nearly half a million dollars in customer deposits, this despite a 6% decline of $602.2 million in loans and advances to customer. Zenith Bank’s total assets under management increased 13% to $19.15 billion, while United Bank of Africa registered an 8% rise to $14.46 billion in total assets. Total assets under management at Access Bank and Guaranty Trust Bank grew by 16% and 10% respectively. Diamond Bank, Fidelity Bank, Skye Bank, Stanbic IBTC Holdings, and Union Bank all surpassed NGN1 trillion ($5.04 billion) in total assets during the first three months of 2015. Diamond Bank’s total assets increased by 5% to 8.57 billion, while Sky Bank’s assets grew by 19% to $6.55 billion and Fidelity Bank increased its assets by 4% to $5.82 billion. Union Bank’s assets under management increased by 11% to $5.46 billion, and Stanbic IBTC Holdings reached NGN1 trillion ($5.04 billion) in total assets following a 4% growth during the first three quarters of 2015. Unity Bank, Sterling Bank, and Wema Bank maintained asset levels below NGN1 trillion ($5.04 billion), with Sterling Bank recording a 6% drop in total assets to $3.98 billion and Wema Bank’s assets declining slightly from $1.77 billion to $1.76 billion. Of the three Tier-II banks, Unity Bank was the sole grower in 2015, increasing its assets 8% to $2.21 billion.

The issuance of new FGN bills is a central part of the government’s monetary approach to help manage the liquidity of the banking sector and contain the growth of inflation, which at 8.1% put the country in 125th position in the world according to the GCR. Headline inflation was 9.20% in 2Q2015, and respondents to the GCR survey listed inflation as the 8th most problematic challenge to conducting business in Nigeria. According to the Central Bank, Nigeria’s broad money supply (M2) declined by 0.61% during 1H2015. This minor contraction of the broad money supply reflects a 16.15% reduction in net foreign assets and a 21.4% drop in net assets. The Central Bank focused its efforts in 2015 on stabilizing the foreign exchange market as well as the inclusion of forex into the market for Nigerian bonds. The country’s credit rating was ranked number 77 in the world by the GCR, and it has received ratings of B+/Stable from S&P, BB-/Negative from Fitch, and Ba3/Stable from Moody’s. Attempts to stave off the continued depreciation of the Nigerian naira have led to a reduction of the government’s external reserves. In a Central Bank report released in 4Q2015, foreign reserves were listed at $30.04 billion, $29.33 billion of which was liquid, while the remaining $719.32 million were blocked funds. Though this is an increase from the $29.34 billion at end-1Q2015, the country’s foreign reserves still remain below 2014 levels.

Despite these shifts in the broad money supply, annualized net domestic credit growth was 27.9% at end-1H2015, within the provisional target of 29.3% for 2015. This increase in aggregate credit was a reflection of a rise in borrowing from the debt market by the federal government, which grew 40.81% as of end-1H2015. The fluctuating liquidity of the consolidated banking system was marked by relatively volatile interest rates in the money market. The average rates for open buy back and inter-bank call during 1H2015 were 10.23% and 9.83% respectively. At a meeting of the Monetary Policy Committee in 2015, the Central Bank agreed to maintain the monetary policy rate at 13%, while attempting to strengthen the effectiveness of monetary policy by setting the cash reserve ratio for private and public sector deposits at 20% and 75% respectively.

A PLACE FOR ALL

The application for full membership in the Islamic Financial Services Board by Nigeria’s Securities and Exchange Commission was approved at the organization’s 26th meeting at Bank Indonesia in April 2015. The Islamic Financial Services Board is an international supervisory organization that establishes best practices and global standards for the Islamic finance sector. The stability and soundness that attract even many non-Muslim customers to Sharia-compliant banking services provide a welcome presence in Nigeria. Although the soundness of Nigeria’s banking sector was ranked number 77 by the GCR, the availability and cost of financial services currently earned the country a rank of 86 and 122 respectively, and its ease of access to loans was ranked just 135th in the world. Increasing the availability of financial services that are more easily accessible by the lower income portion of the population is one more step in the direction of greater transparency and accountability among Nigeria’s institutions that occupies a position at the top of the country’s strategic initiatives in moving toward a post-hydrocarbon economy.