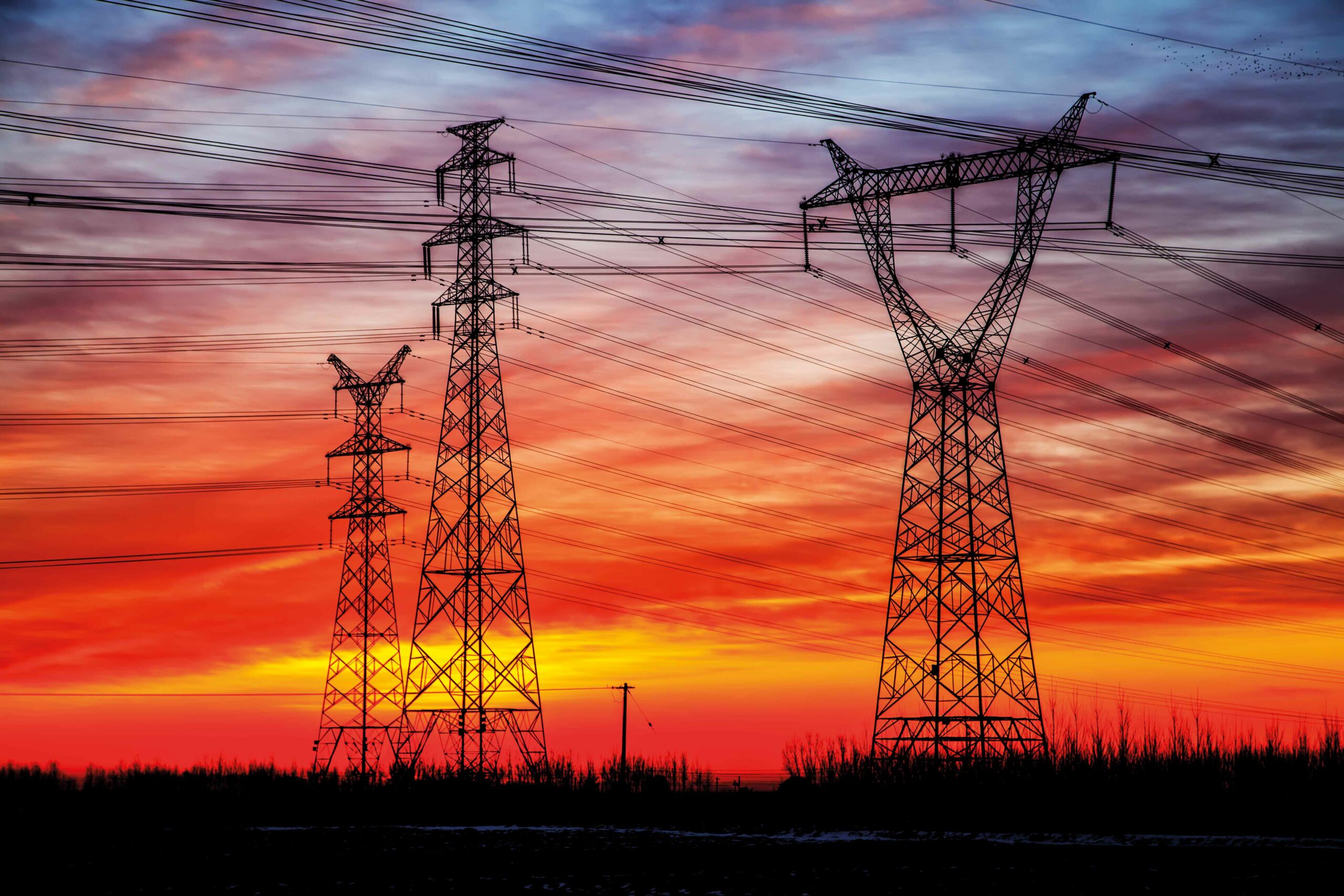 Share on:
Acountry and people famed for its ability to withstand, and even evolve, in the face of hardship, Lebanon’s ability to thrive amidst the myriad of energy challenges it faces is […]

Acountry and people famed for its ability to withstand, and even evolve, in the face of hardship, Lebanon’s ability to thrive amidst the myriad of energy challenges it faces is a boon to its short- and mid-term survival, but a threat to its long-term prosperity and security.

Though great strain has been placed on the country’s physical and social infrastructure by the arrival of at least 1.5 million Syrian refugees—in addition to the 500,000 from Palestine already living mostly off the grid—its energy infrastructure was already in trouble prior to the outbreak of war in Syria. Indeed, many of the problems facing its energy matrix—dependence on diesel generators chief among them—stem from its own civil war period. Now, with speculation of offshore oil and/or gas deposits off the country’s southern coast, expectations are running high that more than one bird can be killed without firing a shot. The problem will lie, at least in part, in its ability to steer these waters clear of Israeli ambitions in the same field. If the last six months are anything to go by, it will not be a seamless slog.

Though an issue dating back years, in March 2017 it came to light that the Israeli government was planning to propose a “maritime areas law“ to extend Israeli sovereignty over disputed waters off the coast of southern Lebanon/northern Israel. Though brazen, this came in response to the Lebanese government’s announcement that it was holding its first-ever public tender for offshore exploration to begin in September 2017, which would include waters in the eastern Mediterranean eyed by Beirut and Tel Aviv in equal measure.
In response to the proposed maritime law, Lebanese Speaker of Parliament Nabih Berri referred to the said disputed waters as the “Shebaa Farms of the sea,“ a reference to a much-contested seven-mile-long and two-mile-wide strip of land along the Lebanese-Syrian border. The land has been occupied by Israel since the Six-Day War, which was administered by Syria between the creation of Israel in 1948 and the latter’s seizure of Shebaa along with the Golan Heights in 1967.

“If [Israel] continues with its expansionist plot through the government and the Knesset,“ Berri told Lebanese journalists, “the spark of war is looming on the horizon.“ He continued, “On our side in Lebanon, we will not be quiet and we will not accept any compromise on our people’s rights to these resources, which have a degree of holiness to us.“

Holy or not, these waters have gained an unprecedented level of importance in recent months. Ever a step ahead of its northern perennially gridlocked neighbor, Israel launched its own offshore bidding process in 2016 that it has yet to conclude, the crucial difference being that these disputed waters were not included this first-time round. While it has not included them in anything but the ‘maritime law,’ the specter of war the latter has raised may have begun to dent its own offshore bidding attempts. As the Financial Times quoted one oil executive in March, “There’s already enough risk in offshore drilling—to get involved in disputed territories between two countries at war?“

Nonetheless, in February and March, the Lebanese government held a second round of pre-qualification for oil and gas exploration and production licenses in five offshore blocks, three of which border Israeli waters. A first round of prequalification had already been held in 2013 with 46 companies qualifying, including Chevron, Total, ExxonMobil, Eni, Petroleiro Brasileiro, and Royal Dutch Shell. Delayed by the 29-month presidential vacuum, President Aoun made this second round an obvious priority in his first six months of office.
According to Wissam Chbat, chairman of the board of the Lebanese Petroleum Administration (LPA), there are now a total of 51 companies prequalified to bid by the September 15 deadline. Of them, they have been divided into two groups: operators and non-operators. The former are considered more experienced, including having completed projects in depths of more than 500m, and have assets in excess of USD10 billion. The latter should have assets of at least USD500 million and a proven record of oil and gas production. According to Chbat, so far 13 firms have qualified as operators, the other 38 as non-operators.

For each of the five designated drilling blocks, the Lebanese government is requiring a minimum of three companies pursue a joint venture; at least one of them must be one of said “operators.“ Bids should all be submitted by September 15, after which they will be assessed by the LPA. After the latter has made its recommendations to the Ministry of Energy and Water, the Council of Ministers should in theory hand down its decisions by November 15. Given the fact that parliamentary elections are slated to be held in March 2018, the government has every incentive to meet these deadlines in as timely a fashion as possible while it has a strong mandate to do so.

Whatever the case, the race is certainly on. Already considerably more developed than Lebanon, Israel has already begun production at the Tamar gas field (not terribly far south of the disputed waters). That said, in February its Energy Ministry was forced to extend its own deadline for applications to explore a set of 24 offshore energy blocks by two months. Not only are there worries about political squabbles with Cypriots and Lebanese, security concerns about offshore facilities have also led to increases in spending on maritime security, including the purchase of four German-made corvettes slated for delivery in 2019 at a cost of USD460 million. This, in addition to potential changes in Israel’s tax code, means that Tel Aviv’s effort to attract offshore exploration investment will be far from a walk in the park.

To be sure, tensions over offshore fields in the Eastern Mediterranean did not erupt ex nihilo, but have been a constant in talks between Lebanon, Israel, Cyprus, and Turkey for well over a decade. A 2007 agreement on the maritime boundary between Cyprus and Lebanon mandated that the three-way boundary between Lebanon, Cyprus, and Israel could only be determined by trilateral negotiations, a diplomatic impossibility given the state of Lebanese-Israeli relations. In December 2010, Israel and Cyprus signed a separate deal delimiting their maritime borders in a manner that, at least as interpreted by Israel, allowed it to claim the disputed 860sqkm. These separate and seemingly overlapping agreements led various Lebanese officials to claim that Israel was stealing Lebanese gas.

Whatever the case, Lebanon would do well to expedite the bidding process as quickly as possible. Though it is developing important wind and solar projects, the country currently imports all its oil and gas. If the Aoun government can follow up on its string of recent initiatives, this might not always be the case. Though estimates vary, in 2014, then-Energy Minister and current Minister of Foreign Affairs Gebran Bassil claimed that Lebanon potentially had offshore reserves of at least 96 trillion cubic feet of gas and 850 million barrels of oil. This would put it well within striking distance of Israeli reserves, whose prize Leviathan field was discovered in 2010 and is expected to be operational by 2019. The second-largest discovery in the history of the Mediterranean, Leviathan has made more than Israelis lick their lips in anticipation of greater finds.

Offshore discoveries are not the only energy resources on the new government’s drawing board. In February 2017, the Ministry of Energy and Water invited tenders for solar PV projects exceeding 1MW. As part of a larger effort to install 180MW of large-scale PV capacity, the ministry is offering 20-year power purchase agreements (PPA) in which providers will sell their energy back to the Électricité du Liban (EDL) grid. Prices are not to exceed USD0.10 per kWh. Given that Lebanon currently only has 22MW of PV installed in the whole country, this would represent a roughly 800% increase on its current stock (for the record: 1MW is enough to power around 1,000 homes, while 45MW can power a city of 80,000 people).

Nonetheless, despite its measly stocks, roughly half of all PV infrastructure was installed in the past three years; one such powerful example is the Beirut River Solar Snake (BRSS), a 1-MW PV installation over and above the (rather narrow) Beirut River, a waterway better known in the local and international imagination for its behemoth stockpiles of refuse during the trash crisis of 2015. However meager initiatives such as BRSS are much more than a step in the right direction.

Interestingly, the renewables project was also launched by Bassil, son-in-law of President Aoun, when he was still Minister of Energy and Water. As such, the resolution of the 29-month political deadlock has had more than one positive knock-off effect for the Lebanese energy sector; apart from a renewed effort to finally get significant offshore projects off the ground, the elevation of Bassil, and his father-in-law, is doing much to bring the former’s environmental visions to fruition. In any case, the ministry is expected to announce the winning bids by year’s end.

Together, the PV tenders are part of a broader initiative recently passed by the Lebanese parliament called “The National Renewable Energy Action Plan for the Republic of Lebanon 2016-2020.“ Its goal is to cover 12% of Lebanon’s electricity demand with renewables by 2020, 4.2% of which will come from concentrated solar power and PV. As it stands, renewables only account for around 4% of Lebanon’s electricity supply.