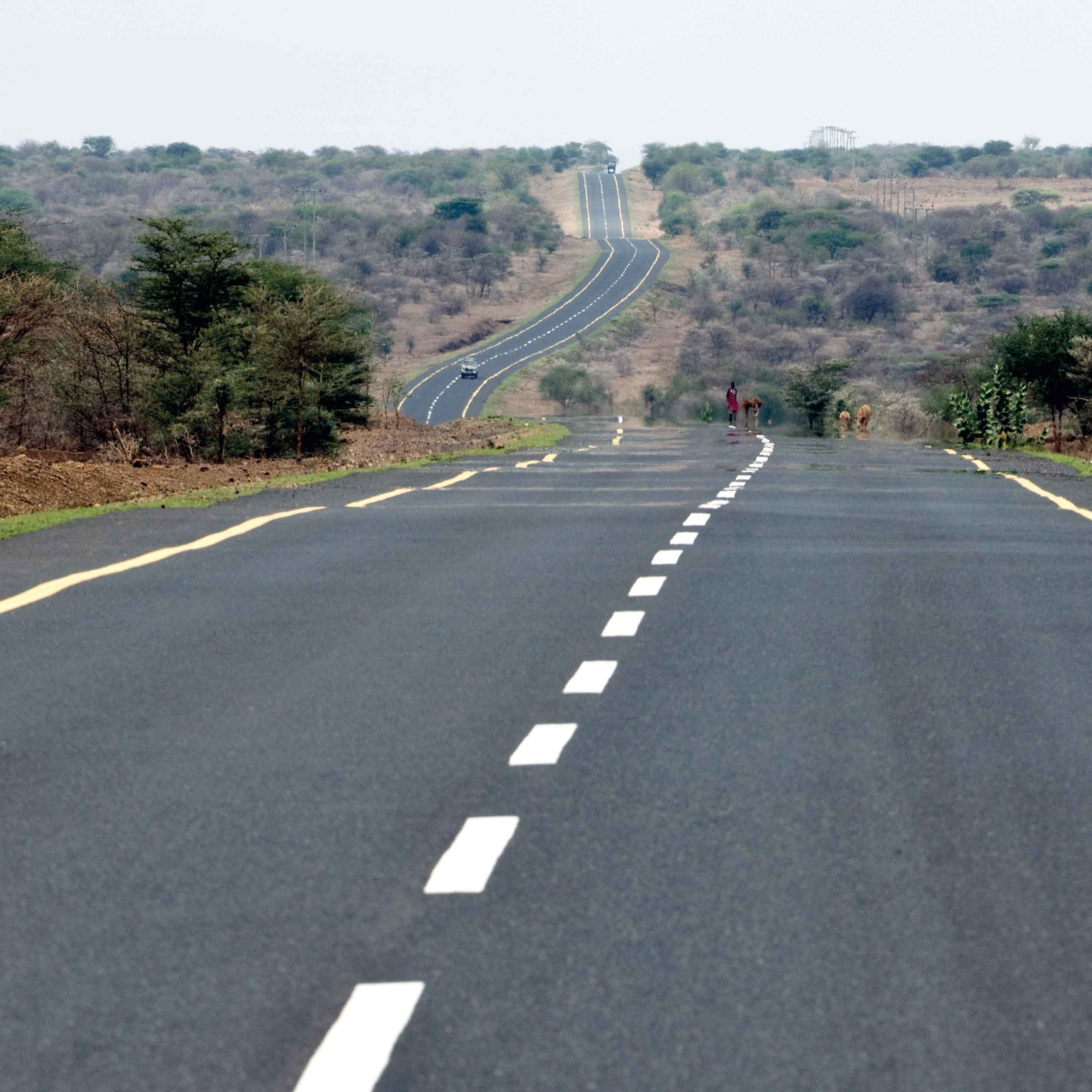 Moving With the Times

Share on:
Growth of the transport sector is crucial to overall economic development in Tanzania.

Tanzania’s transport sector overhaul can best be appreciated within the context of overall economic advancement. It is worth noting, too, that urban Tanzania, home to its industrial, financial, and intellectual armory, generates around 50% of GDP, making transportation all the more vital. Besides the National Vision 2025 launched in 1999, related plans are also embodied in the Implementation Strategy of the Transport Policy of 2011-2025, and the Transport Sector Investment Programme (TSIP), among others. As the Hon. Prof. Makame Mbarawa MP, Minister of Works, Transport and Communication explained, “In 2016, the government decided it wanted to build a network of state-of-the-art infrastructure for Tanzania to become a middle-income country by 2025.” And while assistance has been forthcoming from the World Bank and African Development Bank (AfDB), there is also a role reserved for private sector endeavor.

Among the government’s transport targets are: the bitumen standard paving of all trunk roads linking regional capitals by 2018; a reduction of urban congestion; the boosting of rail freight; a rationalization of port facilities and reduced tariffs, travel, and delivery times; and, on the wing, and the enhancement of flagship Julius Nyerere International Airport (JNIA) passenger and cargo capacities to transform it into a regional hub by 2020. The government has also given attention to attracting private-sector involvement by making transport-related PPP deals appealing.
For 2016/17 the infrastructure budget of TZS5.47 trillion amounts to 25.4% of the total budget, excluding project-related public debt service. The nation’s transport sector grew 55% in value-terms between 2009 and 2014, from USD1.3 billion to USD2.1 billion. This was borne out in passenger and, in particular, road freight performance. And more recent numbers of the Tanzanian National Bureau of Statistics (NBS) show sector acceleration of a robust 30.6% in 2Q2016 to TZS743 billion YoY, from TZS569 billion.

The long and winding road

Road transport tops all other modes in Tanzania, carrying over 90% of passengers and 75% of total freight. Today the road network comprises 86,472km, broken down into 12,786km of trunk roads, 21,105km of regional roads, and 52,581km of district, urban, and feeder roads, according to Tanzania Invest. The national road network of about 33,891km is overseen by the Ministry of Works, Transport and Communication through the Tanzania National Roads Agency (TANROADS). And meanwhile, the Prime Minister’s Office Regional Administration and Local Government (PMO-RALG) is responsible for the remainder, namely urban, district, and feeder roads of roughly 53,460km in length.

In December 2015, the AfDB signed off on a USD364.4 million loan for the Transport Sector Support Programme, comprising 88% of total project cost, with the government paying the remainder, to overhaul and upgrade around 500km of roads. That scheme enhanced trade between Tanzania, Malawi, and Mozambique along the Mtwara corridor, as well as Zambia and the Democratic Republic of Congo through the Tunduma/Nakonde border and Kasanga Port. And in 2016/17, TZS2.18 trillion in total was set aside for Tanzania’s roads.

Private-sector participation is invaluable in terms of the experience and quality standards it can bring to a project, and the state has made provisions for its effective role accordingly. Notably, the Ports Act of 2004 enabled the private sector to collaborate with the Tanzania Port Authority (TPA). Returning, however, to roads, the government has introduced the semi-autonomous executive agency under the Ministry of Works, TANROADS, to manage the national road network. This, too, changed the game from state to free market activity, wherein contractors enter a bidding process for civil works. Thus far, the bulk of road investment has been directed to trunk road rehabilitation, with around 5,000km rehabilitated and the majority of bigger projects set for completion by end-2017.

Tanzania’s private vehicle fleet is anticipated to rise more than four-fold between 2010 and 2030, from 120,000 to 515,000 cars. A core element of the government’s long-term plan, therefore, involves getting the public about efficiently. The favored urban plan for Dar es Salaam is a mass rapid transport bus system requiring specialized infrastructure to curb urban congestion. The Dar es Salaam Rapid Transit Agency (DART) oversees implementation of the BRT program and operation. The six-phase system commenced operations on May 10, 2016. Construction of the initial phase had been realized by Strabag International GmbH in December of 2015 at a cost of EUR134 million.

Tanzania’s rail passengers rose 77% as of 2Q2016, from 335,000 in 2015. Anticipating this demand, fundamental changes to the national rail network began back in 2013, when upgrading to international standard gauges began harmonization with networks across central and southern Africa. Of note is the USD330 million standardization project between the national rail operators of Tanzania, Zambia, and the Democratic Republic of the Congo, respectively TAZARA, Zambia Railways, and Societe Nationale des Chemins de Fer Du Congo. Railway transport follows roads in terms of significance, and is a vital component of long-distance freight delivery. Tanzania’s railway lines extend over 3,676km, operated by two railway systems, Tanzania Railways Corporation (TRC) and Tanzania-Zambia Railways (TAZARA). The 1,860km TAZARA line comprises 975km in Tanzania itself and 885km in Zambia. The mainline is the central corridor linking the port of Dar es Salaam to the east, and the central and western regions of the country, and ends in the west at Kigoma on Lake Tanganyika. A new network in the pipeline, suitable for greater cargo volumes to Rwanda, Burundi, Uganda, and the DRC, will service domestic needs, reducing transit times and giving the road network a run for its money. The scheme features a USD6.7 billion, 2,561km standard gauge railway (SGR) linking the Dar es Salaam port to Rwanda and Burundi. Furthermore, two additional lines will connect Dar es Salaam to the coal, iron ore, and soda ash mining regions in Northern and Southern Tanzania with a price ticket of USD6.6 billion.

Airports in Tanzania not only link the country to the rest of the world, but also have traditionally overcome limitations in other modes of transport to logistically service industrial projects in more remote parts of the country. The 2014 World Airport Summit identified an acceleration in tourism, as well as mining and broader economic momentum, as factors in Tanzania’s air transport advance. There are 368 airports in total, 58 of which are on the mainland and are overseen by the Tanzania Airports Authority (TAA). Most, however, are private airstrips owned by mining enterprises or tour operators. The total number of air passengers in Tanzania skyrocketed 62% over five years to 3.5 million in 2015, from 2.1 million in 2010, while its cargo handling capacity climbed 7% for the period, from 23,453 tons to 25,165 tons. More recent sector data indicates that, in 2016, Tanzania ranked eighth among the top-10 African Air Travel Destinations with a 3% share of international air arrivals to the continent. It trailed South Africa with 13%, Egypt with 9%, Morocco (8%), Mauritius (5%), Kenya (4%), Algeria (4%), Tunisia (4%), Tanzania (3%), Ethiopia (3%), and Nigeria (2%), while all other African countries claimed 45%. In fact, international bookings to East African countries to end-December were up 17.3% YoY.

Dar es Salaam’s JNIA is the jewel in the crown, servicing over 70% of Tanzania’s air passengers, who in 2015 numbered 2.5 million. JNIA also accounts for 80% of the country’s cargo capacity, which is expected to increase to 80,000 tons per year, starting May 2016, after the construction of a new cargo facility. JNIA’s expansion, at a cost of USD110 million, was won by Dutch contractor BAM International, which had completed the initial USD143 million phase. The latest phase features a third terminal over an area of 60,000sqm capable of lifting total annual capacity to six million passengers. Upon its completion, Terminal 2 will exclusively service domestic flights. This development puts the nation in good stead to leverage economic growth and the diversified commerce foreseen by the government once the transport matrix matures. As of 2016, 21 airlines operate at JNIA, among which are international giants like British Airways and Qatar Airways. And meanwhile, with safaris being the lifeblood of adventure tourism, The Kilimanjaro International Airport (KIA), serving Tanzania’s northern territory, ranks second with 780,800 passengers in 2015.

With an Indian Ocean coastline of around 800km and access to Lake Victoria, Lake Nyasa, and Lake Tanganyika, waterways are a significant contributor to trade. Both sea and inland waterways ports are managed and operated by the Tanzania Ports Authority (TPA). The TPA’s principal Indian Ocean ports are Dar es Salaam, Mtwara, and Tanga, followed by lesser seaports that handle coastal traffic, and which include Lindi, Kilwa Masoko, Mafia Island, Bagamoyo, Pangani, and Kwale. Tanzania’s primary port facility, Dar es Salaam Port, with an annual capacity of 10.1 tons, serves landlocked Malawi, Zambia, Democratic Republic of Congo, Rwanda, Burundi, and Uganda. Confirming the importance of compatibility across the transport spectrum, those countries are linked to the port via two railway systems, namely the TRL-1.0 meter gauge and TAZARA-1.067 cape gauge, as well as by road. Dar es Salaam port is witnessing vital improvements merited by its handling of 95% of the country’s exports and imports. The National Vision 2025 earmarks a volume increase to 28 million tons by 2020. To facilitate this, berths one through seven are being overhauled at cost of approximately USD596 million, while additional berths 13 and 14 are set to enter operation in 2017. Yet the action is located 60km north of Dar es Salaam in the form of the proposed USD10 billion Bagamoyo port, to be built by China Merchants Holding International. Likely to open for business in 2017, it will boast an annual container processing capacity of 20 million units.

TPA also has authority over Tanzania’s lake ports, with approximately 20 ports on Lake Victoria, including Bukoba, Kemondo Bay, Musoma, and Nansio. And among notable lake ports on Lake Tanganyika are Kigoma and Kasanga. Lake Nyasa is served by four key ports, at Itungi, Mbamba Bay, Liuli, and Manda. These ports facilitate commerce between Burundi, the Eastern Democratic Republic of the Congo, and Zambia.
Tanzania’s transportation matrix overhaul underpins its Vision 2025 goal of attaining middle-income status. Resulting improvements are supportive of both commercial diversity and growth.