Share on:
With one of the largest economies in the region, robust growth is spurring development across every area of transport in the Dominican Republic.

As the Dominican Republic develops into one of the economic powerhouses of the Caribbean, it has taken great strides to ensure that its transportation sector has the support it needs to thrive. While FDI in the transport industry fell between 2015 and 2016 from USD81.4 million to USD48.8 million, 2016 figures were still nearly twice as large as both 2013 (USD25 million) and 2014 (USD26.9 million). According to its central bank, the transportation and communication industry employs nearly 319,000 Dominicans, employment figures that are behind only agriculture, manufacturing, and wholesale and retail trade. Additionally, the Central Bank’s most recently reported statistics show that the transportation and storage sector contributed nearly 8% to the country’s GDP. With strong growth forecasts for the DR’s major industries, transport is likely to enjoy sizable growth in the coming years.

With more than 500km of pristine beaches and sun swept sea, the Dominican Republic attracts nearly 6 million tourists a year, the vast majority of which travel through one of the DR’s 8 international airports. According to the Central Bank of the Dominican Republic, through November of 2016, more than 5.89 million people traveled to the country by air, up nearly 9.4% from the same time last year. With strong growth expected in coming years, the DR’s airport infrastructure has had to adapt, and a number of large airports spread across the country now provide extensive and high quality services. In Santo Domingo, Las Americas International Airport and La Isabela Airport handle much of the traffic, with the former handling a large amount of the international visitors and the latter hosting domestic flights to Haiti. The country’s major airport is the Punta Cana International Airport, and this high-volume location handles much of the international tourist traffic moving in and out of the country. Similarly, Puerto Plata International Airport, La Romana International Airport and El Catey International Airport in Samaná host a great deal of the tourist traffic moving through their respective regions of the country. Much of the growth in air transport in the near and medium term is likely to come on the back of the tourist industry, and hopes are high that private industry and local and national government can develop and execute on ambitious plans for the sector.

Private firms have long been interested in developing the Dominican Republic into a regional air transport hub, but, historically, a lack of support from the government has kept the sector from developing to its full potential. In an exclusive interview with TBY, Omar Chahin, President of Air Century, explained the DR’s current position, noting, “the country truly has the potential to become a regional hub for the Caribbean. We are in an unbeatable position from a geographic point of view.” According to Chahin, many new firms are operating in the air transport space, offering more flights to more places than ever before. However, Chahin emphasized that government support is key in developing a sustainable sector. “None of these plans will be successful if we don’t succeed in making the authorities aware of the need to incentivize the aviation industry,” said Chahin. “It is about the Dominican government showing more commitment towards the sector and local companies.” Chahin and other industry leaders believe hub status can only come on the back of renewed governmental support, and they are confident that they can illustrate to officials the wisdom of and necessity of supporting the industry.

With a national port system composed of 12 major ports, the shipping lanes of the Dominican Republic are among the busiest in the entire region. According to the government, upward of 90% of all international shipping is done by sea, and of the 12 ports in operation, six are administered by the Dominican Port Authority, five are managed under concession, and one is private. These 12 ports—the Rio Haina, Santo Domingo, Boca Chica, Multimodal Caucedo, San Pedro de Macoris, Puerto Plata, Samana, Azua, Barahona, Manzanillo, Roman, and Pedernales—are the key shipping centers in the DR and they handle the bulk of all cargo moving in and out of the country. With a robust shipping infrastructure in place, including a truly world-class facility in Caucedo, the industry is poised for strong growth in coming years.

The true crown jewel of the Dominican port infrastructure, however, is Multimodal Caucedo, also known as DP World Caucedo. Only 25km from Santo Domingo, DP World Caucedo has 922m of berth space, 622m of which are composed of the main berth, while the remaining 300 are taken up by the breakwater berth. The entire container yard stretches across an immense 80ha and includes a super post-panamax crane, five post-panamax cranes, two mobile harbor cranes, and 23 RTGs. The port also includes an extensive free trade zone area, serving to draw a wider variety of activity to the complex and stimulate further growth. The port already hosts some of the world’s largest shipping lines, including Maersk, CMA CGM, APL, and Hapag-Lloyd.

As competition heats up and business expands, industry leaders are expecting firms to consolidate. In an exclusive interview with TBY, Jhonatan Báez, General Manager of Tropical Shipping, discussed the direction he foresees the industry moving in in the near term. “There will be more alliances and mergers between shipping lines and more cooperation in terms of companies taking advantage of economies of scale that the new generation vessels will offer,” said Báez. “In the Dominican Republic, the new logistics centers will help transform Dominican ports from being mere ports to becoming logistics parks. In turn, those parks will attract more shipping lines.” Báez is not the only operator predicting consolidation in the industry. Karsten Windeler, Chairman of the Board of Directors for Maritima Dominicana, recently told TBY that he believes further mergers are in order. “More large shipping companies are going to start consolidating, a trend that has already begun over the last two years. Many global carriers are now working closely together or are buying other companies in order to reduce internal costs of their operations and survive the economic crisis.” With strong growth in export-oriented industries like agriculture and manufacturing and expansion across the logistics sector, the industry is likely to see increased cooperation and more strategic alliances. As the firms leverage synergies by combining operations, the shipping and ports sector promises to continue generating impressive growth.

With the road infrastructure largely based on the economic importance of a given region and area, some parts of the country find themselves well served while others lack adequate service. The core arteries of movement through the Dominican Republic are the DR-1 to 5 highways, though plans are in place to dramatically expand other highways and auxiliary road systems like the Ciabo-Sur Highway and the Vial del Este Circuit, among others. According to the country’s 2030 National Development Strategy, the Dominican Republic is planning road expansion or rejuvenation projects in 105 underserved areas across 27 provinces.

According to The World Bank’s International LPI Index, which ranks countries based on six dimensions of international trade performance, the Dominican Republic ranked 91st out of 160 countries in 2016. With an overall LPI score 2.63, the Dominican Republic scored 2.39 in customs, 2.29 in infrastructure, 2.67 in international shipments, 2.86 in logistics competence, 2.63 in tracking and tracing and 3.06 in timeliness. Additionally, many of the logistics related indicators measured by the Global Competitiveness Index have improved in recent years; the DR’s global ranking in quality of overall infrastructure, quality of port infrastructure and quality of air transport infrastructure each increased, up from 100th, 51st and 54th, respectively, in 2015 to 92nd, 46th, and 50th in 2016. As the government continues to invest in large infrastructure projects, strengthening the transportation backbone of the country, it is highly likely that these rankings will rise further in the near and medium term.

Operators in the logistics sector are confident that the recent expansion of the Panama Canal will positively impact the Dominican Republic. As much of the cargo being shipped through the canal is ferried on huge vessels, which only a handful of Caribbean ports are capable of handling, analysts expect the logistics park at DP World Caucedo to account for a larger and larger share of regional trade movements. There have already been some early indications that the logistics infrastructure is expanding at the port.

The number of operators interested in obtaining logistics permits has also been increasing, as increased economic activity in manufacturing and other sectors has stimulated growth across the shipping industry. According to Salvador Figueroa Sánchez, President of ASOLOGIC, Dominican Association of Logistics Centers and Operators, Multimodal Caucedo Logistics Free Zone has been the only port to receive official status as a Customs Warehouse Logistics System, but more ports have been applying for similar status. “Since it is becoming important for maritime agencies to operate their own logistics centers, there are many different players applying for this type of license,” said Sanchez in an exclusive interview with TBY. Additionally, and perhaps somewhat ironically, pricing pressures in the shipping industry, which have had a negative impact on maritime shippers the world over in recent years, have stimulated activity in the logistics space. “The low shipping rates caused by the increasing frequency of shipping has been positive for the logistics industries, because it reduces the cost of the logistical process, reduces the time for the distribution of cargo and increases the connectivity,” said Sánchez. If shipping prices remain low, it is likely that Dominican logistics firms will continue enjoying robust levels of growth in the near term. 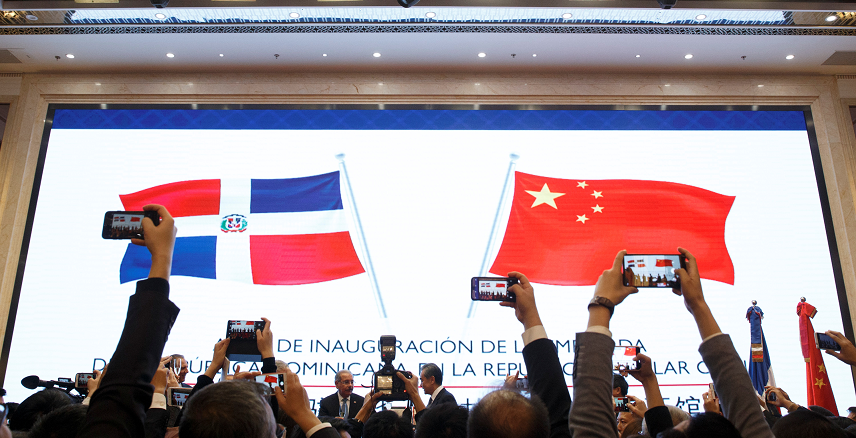 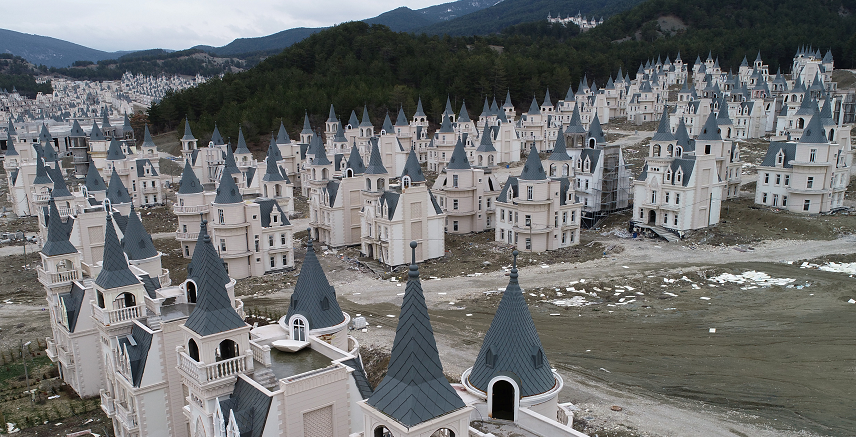