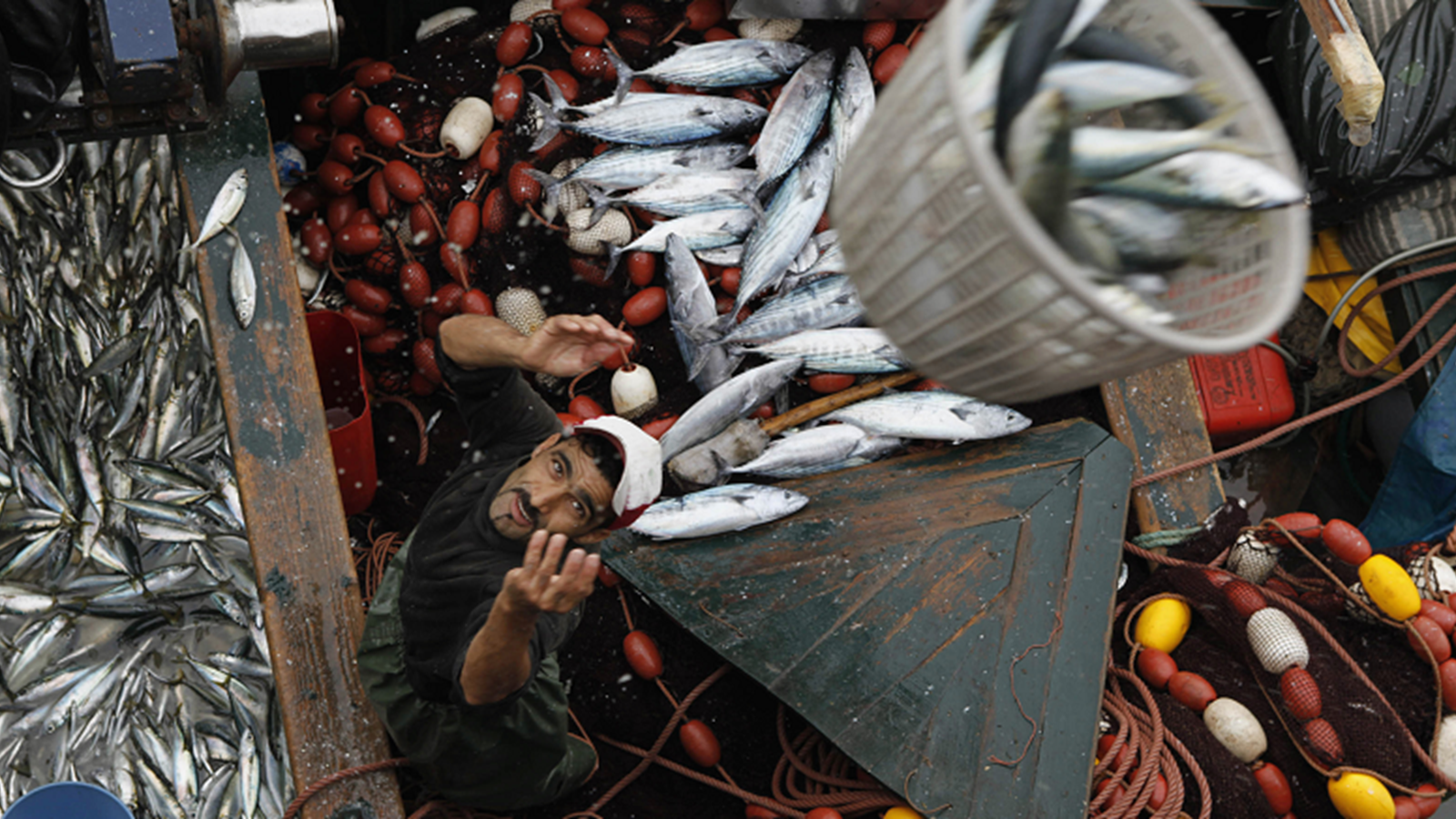 Share on:
With an old tradition of fisheries, Morocco is progressing—slowly but surely—toward achieving its set production targets for 2020.

Given Morocco’s long coastlines and the abundance of bonitos, sardines, and tuna in the country’s territorial waters, there is no wonder that aquaculture has become a way of life in the North African country.

With an annual catch of over 1.3 million tons by high-seas and coastal fishermen, Morocco is currently Africa’s leading seafood exporter.

Over 60 species of fish are caught by the Moroccan fishing vessels and roughly half of the country’s production makes its way to European and African markets each year, fetching over USD752 million in 2018.

The fishing industry is a major source of foreign exchange for the Moroccan economy, accounting for some 2-3% of GDP.

The yield has been particularly high this year. According to the National Fisheries Office (ONP), the country’s fishers have caught over 386,000 tons of fish and shellfish between January and April, which marks a 15% increase from 2018.

The Kingdom has been investing in the aquaculture sector in recent years and has set the target of 1.6 million tons for 2020, with the government trying to eliminate bottlenecks such as a lack of storage and processing infrastructure, a shortage of fishing fleets, and the low capacity of harbors.

In the past, rich fishing grounds off the coast of Morocco were either left untouched or fished by Spanish boats, which would acquire the right to operate in Moroccan waters in exchange for a compensation fee.

In 2019 and after a period of conflict between Morocco and its northern European neighbors, a new four-year fishing deal was finalized with the EU, allowing vessels from eleven EU members, including Spain, to operate in Morocco’s fishing grounds in exchange for just over EUR52 million per year.

A large portion of the compensation fee is—quite wisely—earmarked for the renovation and development of the Kingdom’s local fisheries infrastructure, which includes the coastal and high-seas fishing fleet stationed in ports across the Mediterranean coast in the north and the Atlantic coast in the west.

Though there are fishing ports near Tan Tan, Foum el-Oued near Laayoune in the disputed Western Sahara territory, and Mohammedia near Casablanca, among other places, the government has launched an ambitious project to build new fishing ports and marinas—including the one that became operational in 2018 in Tangier.

Inaugurated by King Mohammed VI, the new fishing port costed nearly MAD1.2 billion and came complete with essentials such as an ice factory, industrial cold stores, shipyards, and a fish market where artisanal and offshore fishermen can sell their catch of the day.

It is hoped that the new port will give new momentum to fisheries much in the same way that the inauguration of the ports at Tan Tan and Laayoune kept the industry alive back in the 1980s.

However, the addition of new ports and fish markets are of little use without the presence of a fish processing industry to create exportable food products with added value.

In the bad old days, when Morocco did not have much in the way of processing facilities, Morocco’s fishing vessels had to unload their catch in the Spanish island of Las Palmas. Currently, however, a large portion of the catches, especially in the case of pelagic species, go through some form of processing such as freezing, canning, or fishmeal treatment.

Since the launching of the National Agency for Aquaculture Development in 2011, which also has the support of the UN’s Food and Agriculture Organization (FAO), both the upstream and downstream segments of the aquaculture industry have experienced growth, which makes the goal of 1.6 million tons for 2020 more achievable than ever.

A Window on Tomorrow

The Times They Are A-Changin’

The Place to Invest