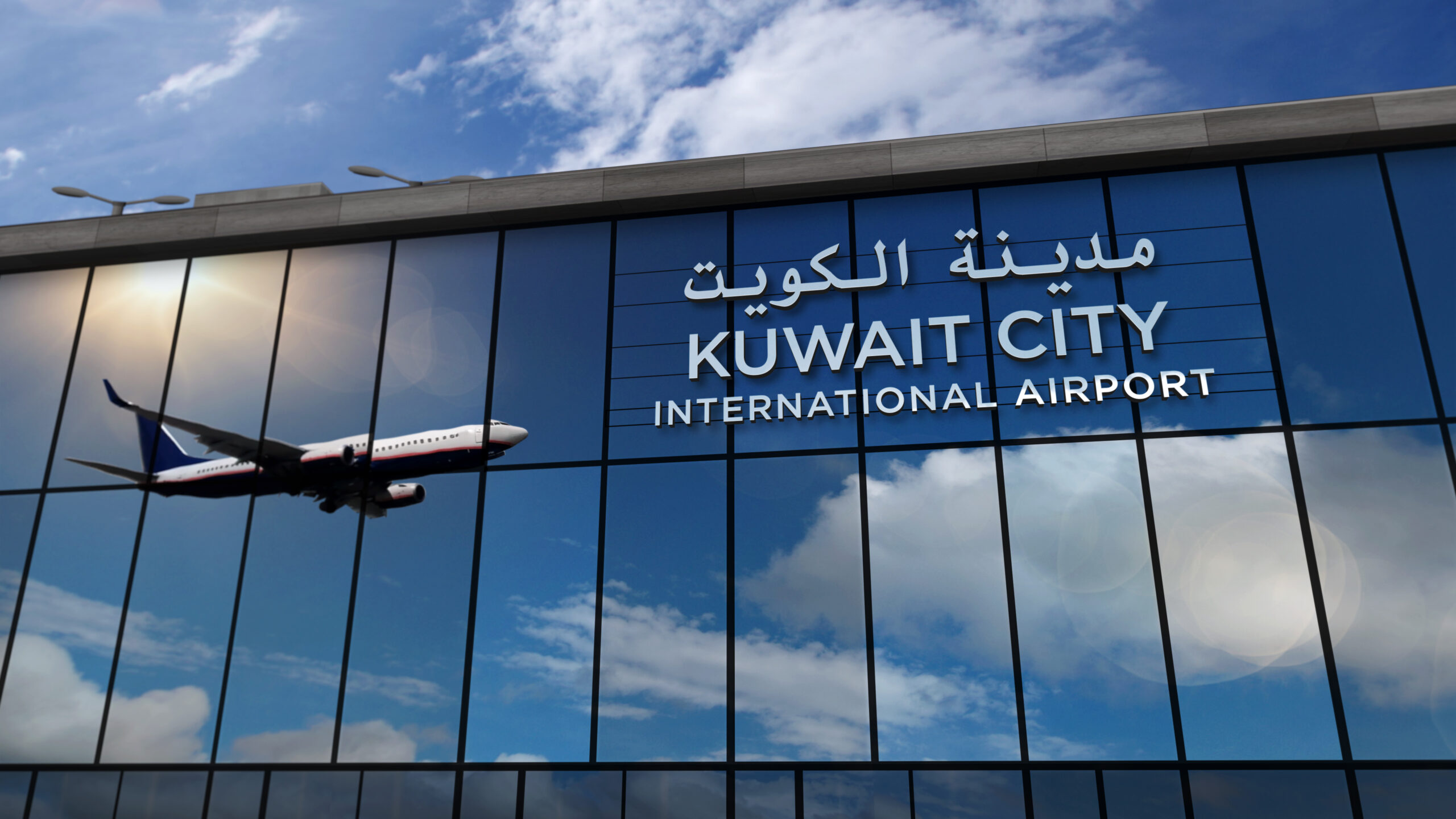 Share on:
As part of broader development plans, Kuwait is rapidly expanding its international airport to handle an increasing number of visitors.

Despite gradual expansion and renovations in recent decades, Kuwait International Airport has yet to keep pace with the increasing number of passengers transiting through the nation’s main travel hub. After the latest redesign, the airport was expanded to handle 3 million passengers per year but air traffic, mostly from business travelers, increased 10% annually between 2006 and 2016, a year in which Kuwait welcomed more than 13 million passengers.

Such growth is projected to continue through 2027, when Kuwaiti air traffic is expected to exceed 23 million passengers per year, and state officials are planning accordingly. Massive new airport terminals are being added to accommodate future visitors as part of the Kuwait 2035 development plan, which was introduced in 2017 with aims to transform the country into a regional financial and commercial hub for the northern Gulf. The ambitious undertaking has led to the construction of two additional terminals to help Kuwait compete with other Gulf transit hubs, increasing regional competition for lucrative flight connections between European and Southeast Asian markets.

The first terminal, known as T4, opened in December 2018 with a price tag of USD173.2 million less than two years after construction began on the project. A remarkable engineering and architectural achievement, T4 was inaugurated by Kuwait’s Amir Sheikh Sabah Al-Ahmad Al-Jaber Al-Sabah shortly before its first flight departed for the Bahraini capital of Manama.
Operated by South Korea’s Incheon International Airport Company, T4 comprises of 14 new gates designed to handle 4.5 million passengers per year and will primarily serve Kuwait Airways. The new building was constructed with an adjacent parking facility for about 2,500 cars, and the combined structures occupy an area of 55,000sqm. Government officials expect the new terminal to generate USD60 million annually and provide 2,000 jobs.

Yet T4 is only the initial phase of Kuwait’s airport expansion. To meet future demand, the construction of much larger terminal, known as T2, broke ground in May 2017. The USD4.3 billion expansion includes a 708,000sqm terminal, a third runway and extension of the airport’s two existing runways, as well as additional facilities to handle increased passenger volumes. T2 has a trefoil plan, comprising of three symmetrical wings shaped like the Mitsubishi logo that will serve as departure gates. The terminal design was created through collaboration between Gulf Consult and the UK-based Foster+Partners, as well as specialist sub-consultants from the UK’s Arup, NACO of the Netherlands, and Parsons Brinckerhoff, which is based in Kuwait and England.

With a 1.2km façade, the ultra-modern terminal is already being praised as an “architectural masterpiece” by Kuwait’s Miniter of Public Works Hussam Al-Roumi. The Turkey-based Limak Holding is overseeing the project with the Kuwaiti construction firm, Kharafi National, and has signed credit agreements with the National Bank of Kuwait and Kuwait Finance House to finance construction. Once completed, T2 will handle a capacity of 13 million passengers per year, allowing it to better handle current air traffic flows in the airport, and future additions will eventually accommodate more than 25 million passengers per year.
The multi-stage expansion will allow for a more comfortable user experience that will enhance Kuwait’s image as an international transit hub, in line with Kuwait 2035 goals. Yet the high stakes behind one of the state’s signature projects has prompted officials to put pressure on Limak Holding, asking for construction to be expedited so T2 can open two years ahead of schedule in 2020. As of 2018, T2 construction was reported to be just over one-third complete, so while opening day might be further away than some government officials might hope for, the project’s grandiose vision is already gaining international attention.

T2 aims to be the world’s first terminal to attain LEED gold sustainability certification, a global green building award recognizing architecture designed in line with environmentally friendly standards. The terminal’s roof will host 66,000 photovoltaic solar panels that are expected to generate 10% of the building’s electricity needs. The solar panels will be mounted on to a dramatic 25m-high roof canopy, which will feature glazed openings allowing daylight to pour into the vast terminal floor below. Upon completion, T2 will not only aim to impress international air passengers but will also aim to serve as an awe-inspiring entrance gate for the New Kuwait.