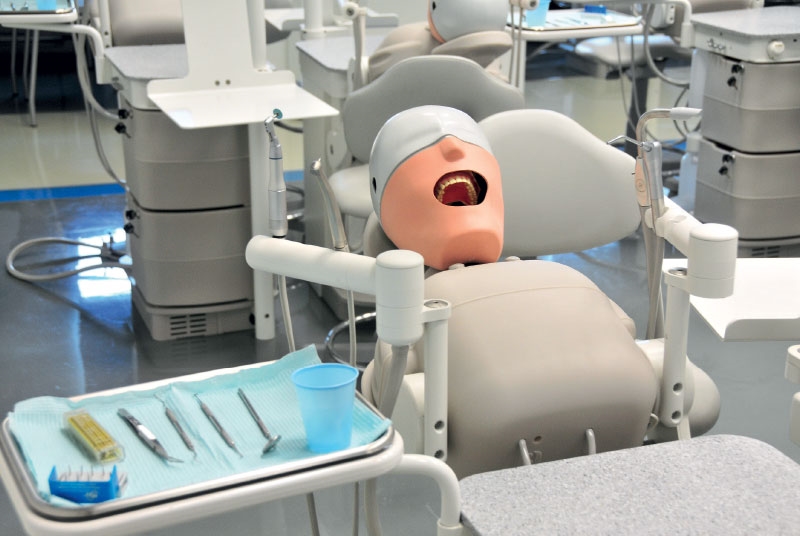 Share on:
As Mexico's health system approaches its 10th anniversary, developments in medical tourism, the expanded use of generic drugs, and the rapid growth of internationally recognized hospitals are setting the pace for the sector.

Of particular interest is US-Latino health tourism—the problem of high deductibles and high out-of-pocket expenses, even with the passing of the US Affordable Care Act, has lead to a novel form of border travel between the US and Mexico, whereby tens of thousands of US residents will often take day trips south of the border to see their doctors. The majority of these patients are legal Mexican immigrants with permanent residence or US citizenship who can travel freely across the border. A 2009 study by the University of California, Los Angeles (UCLA) found that nearly half a million Mexican immigrants living in California receive medical, dental, or prescription services every year in Mexico. Luis Guillermo Irigoyen, the CEO of SEDNA Hospital, tells TBY that “In the past, we have seen a trend in medical tourism of becoming regional. Everyone here is targeting patients from the US, and being next door, Mexico has a good opportunity to source business. Mexicans are like Americans in terms of the way they live, and we have strong economic ties.”

There are also many new and interesting arrangements that have grown up around the differing markets in Mexico and the US. Tijuana in particular is a popular and affordable destination for quality medical care. One example that has caught the attention of the media in both countries is SIMNSA, a cross-border health plan based in Mexico, but also licensed in California and overseen by the state’s own health authorities. According to USA TODAY SIMNSA offers health insurance to employees of American companies in San Diego and other US border counties. Even patients not on the SIMNSA plan can walk in to the clinic and pay out-of-pocket. Other cities have also decided to specialize in certain treatments. Cancún for example, besides being a tourist hotspot, is specifically known for its weight-loss surgery. US patients paying more than $25,000 at home can pay as little as $6,000 in Mexico.

MARCH OF THE GENERICS

Other aspects of the health sectors are also key drivers of growth. Mexico’s pharmaceutical industry generated revenues of around $11 billion in 2013, making it the 11th largest pharmaceuticals market in the world. In Latin America, Mexico comes in second only after Brazil, which leads the region with $16 billion in annual revenues. In Mexico, the pharma sector has been traditionally stable with large profit margins, but it is currently undergoing a rapid transformation. The changes cut across a number of areas including product development, competition, distribution, and regulation. The adoption of generic medicines has revolutionized the health care industry. Today, industry watchdogs report that more than 60% of all units sold in Mexico are generic. In the private market, they have grown exponentially, mainly fueled by domestic demand, but also reacting to the market from consumers in countries with more expensive health-care systems. The US, again, is an obvious example.

As always, there are concerns about quality, although fears about the effectiveness of generic drugs are mainly misplaced. While new regulation has helped eliminate products that did not fulfill regulatory therapeutic efficiency, there are patients and doctors who are still wary of these products, which has allowed patented medicines to extend their life cycles. Nevertheless, generics will continue to drastically change the way the pharma companies do business. Mercedes Juan, Mexico’s Secretary of Health, tells TBY that: “One of the key steps we took was the signing of a commercial purchase agreement for state authorities, proving before the eyes of consumers the quality of these medications. We then distributed them through the social security system.” The public sector represents approximately 50% of the total generic pharmaceuticals sold in Mexico. Companies that had been reluctant to sell to public health providers are now working through distributors and actively seeking public contracts.

A SECTOR IN RUDE HEALTH

Successive Mexican governments have focused on the goal of providing affordable healthcare for all citizens. Seguro Popular, is the ambitious, nationwide government run and financed program designed to deliver on this goal. The aim of Seguro Popular is to ensure that even the poorest Mexican citizens have access to all available treatments, from the whole range of preventative healthcare services such as vaccinations and diabetes screening, to treatment for chronic and catastrophic illnesses. Obesity has become a massive issue in Mexico in recent years. Dr. Raúl Morin, the Medical Director at Medix, tells TBY that, “We were the first medical company to commercialize drugs to fight obesity, a health disorder that, in the 1950s and 1960s, was simply considered an aesthetic issue. In other words, we have been an increasingly committed company with regards to obesity in Mexican society, and innovation, research, and development have driven our development in the industry, in which we have become a leading player.”

Mexican hospitals are also gaining international recognition. According to Forbes magazine, Mexico’s private health care facilities have made huge improvements in the past decade. Several of them are now ranked among the best health care providers in the Americas. Concerns such as the Angeles Group, Star Medica, and Christus Muguerza have been consolidating hospitals, expanding their programs developing specialties and generally raising medical standards in Mexico. ABC Hospital in Mexico City is still considered by many to be the top medical facility in the country. Edmundo Mesta Casavantes, the CEO of Hospital Angeles Valle Oriente, describes his experiences in the sector in the following way: “This hospital will also play a role in the improvement of the economy by creating new jobs and developing human capital. We intend to be the leader in the private sector of medicine in the urban area of Monterrey and we aspire to be the best hospital of Grupo Ángeles has outside of Mexico City.”

Mexico in general has excellent physicians, experienced staff, cutting edge research, modern hospitals, and many cultural parallels with the US, Latin America and Europe. Moreover, patients traveling from abroad to Mexico to undergo inexpensive medical services have reported high levels of customer satisfaction. According to a 2012 report by McKinsey & Company, the medical tourism industry was valued at almost $100 billion in 2012; whereas it was worth $60 billion in 2006. Mexico is at the cutting edge of advances in both the delivery and development of health services worldwide. It’s no wonder investors and consumers are voting with their feet and choosing Mexico as their health care destination of choice.