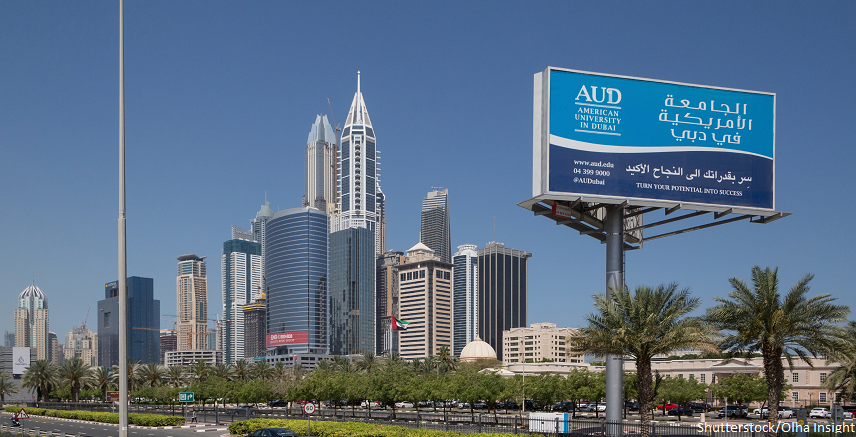 Share on:
Turkey and the UAE have become academic hubs for the Middle East.

There was a time that anybody from the Middle East keen on pursuing higher education—in the Western sense of the word—inevitably had to travel to Europe or the US.

As one of the earliest groups of West-bound students on record, seven Iranians were dispatched to Britain in the early 19th century to study medicine, English language, engineering, and—rather extravagantly—art.

Around the same time—in the 1830s—the first group of Ottoman students went to France in pursuit of a European-style education.

But the practice of traveling to the West to receive an education has undergone many changes since then.

Students from the Middle East and North Africa (MENA) form one of the largest demographics of international students in the West to this day.

In recent years, however, the Middle East has taken major steps to assert itself as a legitimate center of learning.

New universities and colleges have been founded in the GCC region, Iran, and Turkey to meet the region’s demands.

Long-established universities from Europe and North America have been setting up overseas branches in the UAE and Qatar.

At the same time, Turkey, with the oldest Western-style academic tradition in the MENA region, is making much headway in establishing itself as an academic hub in the region. Relatively high academic standards and a large number of full-funded scholarships offered both by the state and various universities are attracting students from all over the world.

According to Mehmet Ali Bolat, head of Turkey’s Federation of International Student Associations, the number of foreign students in Turkey has skyrocketed from 10,000 back in 2004 to over 120,000 in 2018.

It would seem that Middle Easterners now have more options than ever to choose from. Although some people from this part of the world will continue to study abroad for one reason or another, it will not be due to lack of a options in their home countries.

In addition to Turkey, the UAE has become an academic hub in its own right.

The UAE encourages international universities to set up campuses in the country’s free zones. Dubai International Academic City (DIAC) and Dubai Knowledge Village are but two parts of the city of Dubai dedicated to the hosting of foreign campuses and research centers.

A long list of Western colleges and universities have launched international branches in the cosmopolitan city of Dubai in recent years, offering both undergraduate and postgraduate programs.

Still other academic centers of good repute such as Carnegie Mellon University, University College London, University of Calgary, and Cornell University have established their overseas campuses in the region.

Some critics have accused transnational universities in the Gulf region of commodifying knowledge and scholarship. They point out that running overseas branches is a departure from tradition in the world of academia, and the fact that the only overseas campuses of most universities are located in affluent GCC countries is raising many questions.

British universities seem to have the upper hand in the market as the brand of the UK is popular in the GCC due to historical reasons. British institutes of higher education such as the Cass Business School, Heriot-Watt University, Middlesex University, and University of Manchester—either explicitly or implicitly—promise a British degree to their students upon graduation, in which case their operations must be in line with quality assurance protocols in place in the UK.

A 2014 review of British universities with transnational branches in the UAE by the Quality Assurance Agency for Higher Education (QAA) concluded that the programs offered in transnational campuses of British universities are “the same as those in the UK in all important respects,” and with the exception of a few cases no standards fell short of UK standards.
It seems that for the time being the Middle East’s academic trends will continue.