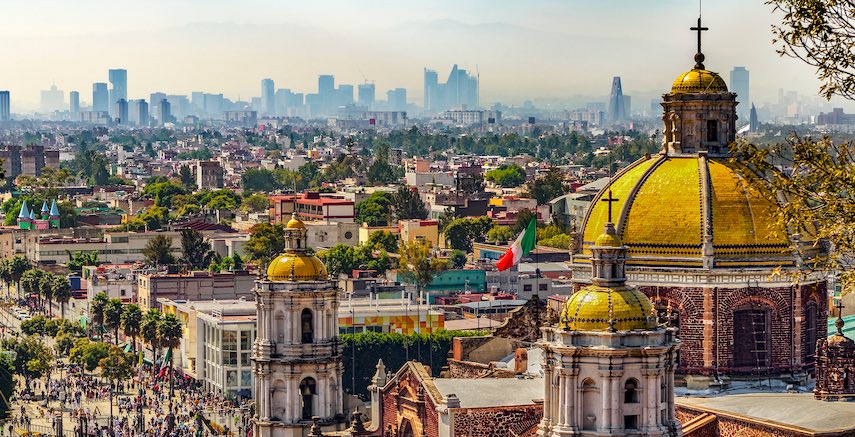 Share on:
Home to more than 22 million people, Mexico City is one of the most important cultural, financial, and educational centers in the world.

Basilica of Our Lady of Guadalupe in Mexico City. Shutterstock / WitR

Megacities are the engines of economic growth. Apart from often being the epicenters of a country’s cultural and historical identity, they are the bedrocks of political power and centers of development and innovation. And Mexico City (CDMX) is no exception.

Located in the Valley of Mexico at an altitude of 2,240m, CDMX is the capital of Mexico and a megacity that is home to 22 million people.

CDMX is estimated to be the 10th-largest city in the world by 2030 and in order to accommodate a growing population and its increased demand for energy, jobs, and transport, the local and federal governments are setting up a long list of plans to meet the needs of the city’s present and future inhabitants.

For instance, the government is joining forces with the private sector to boost the local economy and increase access to education, health, fresh water, housing, and the internet.At a recently held presentation of the Investment and Employment Committee, Claudia Sheinbaum Pardo, the Mayor of Mexico City, highlighted the importance of boosting job creation, generating sustainable economic development, and reducing inequalities among the population.

“The best contribution we can make as a city to our country and to support the model set forth by the president of the republic is to make the city’s economy flourish in a different way, where there is growth, but also justice; where there is development, but also equality,” she said.

Pardo also shed light on the projects being jointly developed by the government and the private sector, namely 12 urban corridors, more than 13,600 posts of the Center for Command, Control, Computing, Communications and Citizen Contact of Mexico City (C5), water sanitation projects, and the Vallejo Innovation project.

The latter will promote innovation and sustainability in the industrial zone of Vallejo, situated north of Mexico City, where actions will be developed in the areas of sustainability, tourism, services, and SMEs.

At the presentation, the Mayor was accompanied by Arturo Herrera, the Secretary of Finance and Public Credit, who said that since Mexico City’s economy sets the tone for the rest of the country, it is essential to support it with investments in services and job creation.

The Secretary of Administration and Finance, Luz Elena Gonzalez Escobar, shared Herrera’s views and added that the current administration is working with the private and public sectors to generate equal opportunities for all inhabitants of Mexico City.

To that end, the government has made significant efforts to diversify CDMX’s public transport system and expand access to mass transit. Escobar underlined that since 2018, public investment in the city has reached more than MXN82 billion, marking a 40% increase over the last two years.

Part of this investment is the 2019 Strategic Mobility Plan, which recognizes the need for safe streets and the protection of its vulnerable users through adequate infrastructure, education, and urban designs. Notably, the plan favors non-motorized transport policies, walkability, a stronger bike network, and better integration of public transport.While the government’s performance of late has been nothing short of impressive, there is definitely room for more investment. After all, CDMX contributes close to 17% of the national GDP.

This is where the Economic Council of Mexico City comes into the equation. In 1H2020, while leading the First Regular Session of the Economic, Social, and Environmental Council of Mexico City (CESA), Mayor Claudia Sheinbaum Pardo approved seven key projects in areas such as education, mobility, industry, and tourism with a total investment of MXN82 billion over a 10-year period and a direct investment of MXN40 billion in 2020 alone.

The main highlight of the session, however, was when Mayor Pardo stated that the number-one goal of these initiatives is to achieve inclusive development and social justice for everyone. Only by advancing the social and economic needs of all its inhabitants can Mexico City emerge on the global stage as one of the best cities to live and work.