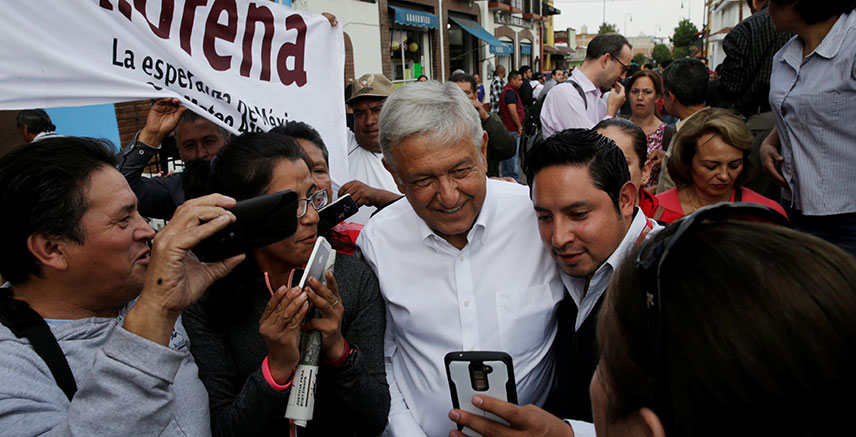 Share on:
The Mexican peso returned to pre-Trump levels on Monday, making a surprise comeback after having lost about 17% of its value between early November and his inauguration in January.

The Mexican peso returned to pre-Trump levels on Monday, making a surprise comeback after having lost about 17% of its value between early November and his inauguration in January.

The new US president’s protectionist stand during the campaign drove investors away from Mexico, fearing that his rhetoric could lead to the US leaving the North American Free Trade Agreement (NAFTA).

But besides threatening the automotive industry with a 20-35% tariff on cars imported from Mexico (unless the companies invested in the US) nothing has happened and NAFTA renegotiations are set to start in the second half of the year.

As a result, the peso has begun recovering steadily as investors rule out the end of this free trade agreement, which in the past two decades has multiplied trade between the US, Canada, and Mexico by 300%.

In 2016, trade among the three countries totaled at around USD1 trillion dollars. More than two decades ago, when NAFTA was first signed, commerce among the three “amigos” rounded out at USD346 billion.

In addition, a regional election seems to have given the peso the last push it needed.

Last Sunday the populist leftist party Morena failed to win the governorship in the State of Mexico, the most populous and richest federal entity.

Investors reacted immediately, allowing the peso to gain 1.5% against the dollar.

Led by the politician Andrés Manuel Lopez Obrador, commonly known as AMLO, Morena has garnered strong support from Mexicans disappointed with President Enrique Peña Nieto, who is widely unpopular according to the most recent polls.

last Sunday, three state elections were held in the country, but the one in the State of Mexico was the most important by far.

The outcome of this election is generally thought to be indicative of the likely results in next year’s presidential election.

The PRI has been the only party to govern this state in the past 80 years, so a Morena win would have represented a broad shift in national sentiment.

Though the leftist party failed to assault this PRI bastion, the result was tight with the ruling party gaining a slim victory of just 2%.

The mounting corruption cases and passive position taken by the Peña Nieto administration in the face of an aggressive Trump government are some of the factors that have undermined the ruling party.

As a result, support for AMLO and his party has been growing exponentially since he created Morena in 2014. Support for the PRI has waned dramatically. This year it received 30% fewer votes than in 2011.

Though it is clear that Morena has ample support and could represent a legitimate challenge to the PRI, the fact that they did not win the State of Mexico was good news for investors.