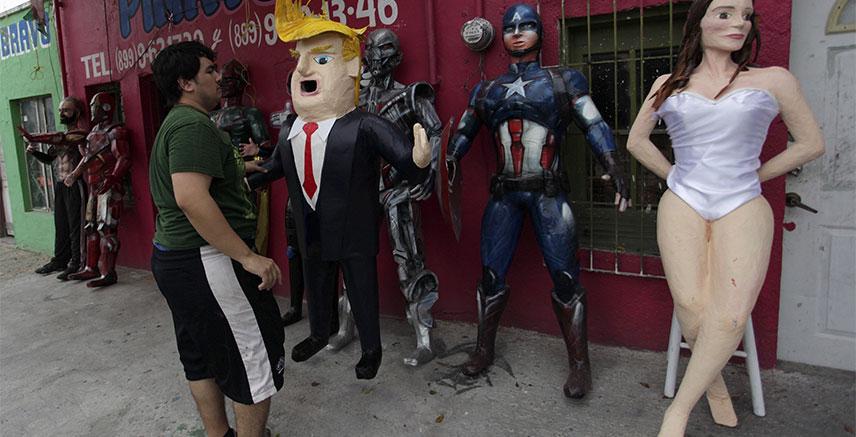 Share on:
Is the Mexican economy getting used to the idea of Trump?

When President Trump won the US election in November, many heralded the end of the Mexican economy after the new leader of the free world had vented all his anger against the country, which he had deemed as the origin of all American maladies. During the whole campaign, Trump had vowed to take action against firms investing in Mexico and promised that he was going to shake up NAFTA.

From election day to his inauguration, a two-month period, the dollar soared about 17% against the peso. On the other hand, the IPC, the main index of the Mexican Stock Exchange (BMV), fell 10% in the next five days after the American people went to the polls and supported the candidacy of the Republican. Investors were afraid of taking part in the Mexican economy back then, but the situation has changed dramatically in just half a year.

The peso has gained 17% against the greenback, while the IPC is registering record-high levels, surpassing in late March the 49,000 points band for the very first time in its history.

There are two main factors that are driving this turning point in investors’ sentiment. Firstly, the BMV is influenced by the events on Wall Street, and in the northern neighbor the S&P 500 is experiencing an extremely bullish environment since Trump took office.

The new president promises to lower taxes for the middle classes and companies, which would boost US firms’ profits, as consumers would have more money to spend while big enterprises could use a larger percentage of their income to increase their dividend yields or develop new investment plans instead of giving it to the IRS.
Many Mexican companies such as Bimbo or America Movil have a strong footprint in the US and, consequently, their assets have gained 20% and 7%, respectively, since January. Furthermore, around 75% of Mexico’s foreign trade takes place with the US, hence if the economy in the north goes well, the south will follow suit.

Furthermore, Trump has vowed to unleash a USD1 trillion investment in infrastructure, which rallied construction stocks. And again, there are important Mexican construction firms such as Cemex or raw material producers like Industrias Peñoles or Grupo Mexico, which have experienced a slight growth in their prices.
Moreover, investors are also beginning to cast doubt on whether Trump will really fulfill these promises and wonder what degree his claims are to be believed. As a result, the Wall Street rally has recently begun to slow down, while the Mexican peso has started to recover.

Whereas during the campaign the peso had danced to Trump’s rhythm, losing its value when the Republican was advancing in the polls, investors in the Mexican currency are not scared anymore by the President’s attacks, as they have taken for granted that he will not put an end to NAFTA, as promised, although there will be a renegotiation between both nations instead.

As a matter of fact, the Trump administration just drafted a proposal circulating in Congress that implies that the Republican government will seek only minor changes to NAFTA, the Wall Street Journal reports.

These steps have brought some certainty to the battered Mexican economy, and so Mexican investors are repatriating part of their capital they had sent to the US to protect their wealth from an unstable scenario. As for March 12, SAT—the Mexican ISR—reported that its citizens have brought USD50 million since the beginning of the year, as part of a program to promote locals to invest in the country instead of overseas.