Share on:
Can tourism in Zambia be discussed without due acknowledgement of the terrain’s first true visitor, David Livingstone? While tourism authorities have since built attractions and infrastructure that have all but […]

Can tourism in Zambia be discussed without due acknowledgement of the terrain’s first true visitor, David Livingstone? While tourism authorities have since built attractions and infrastructure that have all but eliminated the risk of death by dysentery, visitors today can see a Zambia much like the one Livingstone saw in the 19th century. The sector has long existed in the country, but remains underdeveloped compared to most of its eight neighbors, which include countries with more developed infrastructure and annual base of visitors, such as Tanzania and Zimbabwe.

The country’s authorities are aware of the relative shortcomings of Zambia’s tourism sector compared to the region, but have been working diligently in bringing up the sector. While the Ministry of Tourism maintains a strong focus on attracting the proper and necessary investment for the sector, it has been exerting an increasing amount of effort on three key pursuits: targeting certain visitors, preserving the environment, and preparing a local workforce to take care of it all.

In terms of visitors, Zambia broke the 1 million mark in 2016. According to the World Travel and Tourism Council, international tourist arrivals are projected to increase steadily, albeit slowly, over the next decade, with estimates for 2017 standing at 1.13 million tourists, and 2027 at over 2 million. Though numbers are increasing, visitors may not be coming for safaris and rafting adventures; the WTTC reports that approximately 58% of the tourism sector’s contribution to GDP for 2016 was accounted for by business travellers.

While the industry’s contribution to GDP is growing, there is still considerable space to increase, in comparison to Zambia’s regional neighbors. WTTC data shows that the sector’s total contribution to GDP in 2016 was ZMK5.2 billion, making up 7% of GDP; the contribution is expected to increase by 4.4% in 2017 to ZMK15.9 billion, without increasing its percentage of GDP. This places the country well below the global average of tourism’s total contribution to GDP of 10.2%, including the Sub-Saharan average of 7.1%, as well as neighboring Malawi’s 7.2%. Though the numbers are low, they indeed are improving, and, if nothing else, are prompting the government to increase the sector’s share three-or-so points, to a comfortable and regionally shared 10%. Zambia is already preparing the foundation.

Following the lead of neighboring countries, and a global trend in easing visa regimes for leisure visitors, the government recently relaxed visa requirements for a score of countries, dropping the price of a 90-day, single-entry visa to USD50 upon arrival. While the industry is still heavily lobbying the government to further reduce prices, or, following the trail of Botswana, Namibia, and the Seychelles, to omit visa fees entirely for tourists from the US and the EU, the country has already been raking in the benefits. Since the reforms have been implemented, alongside the introduction of e-visas, tourist arrivals have increased by 20%. Though lower than UNWTO research that suggests such measures can boost arrivals by 25%, the country is making moves in the right direction.

This momentum comes in light of the WTTC naming Zambia 36th out of 185 countries in terms of long-term growth in tourism. The country still has much work to do, even compared to underperforming neighbors. The country ranks 135 on the same scale in terms of the industry’s contribution to GDP for 2017. More promising, however, is the organization’s ranking for Zambian tourism growth, which places the country at 94.

Without a coastline, the country must rely on its more earthen attractions to appeal to tourists. Fortunately, its borders have left it territorially gifted, most legendarily with the widest waterfall in the world. Moreover, the country has a great diversity of landscapes. In the very southwest of the country lie the fringes of the Kalahari Desert, while the northeast features lush highlands, where, amid the rolling green hills above the clouds, hikers may come across a dazzle of zebras traversing a hillside. The majority of the country is made of wet and dry grassland, providing an ideal setting for safaris or general outdoor experiences.

The country sees its adventure tourism as the niche with the most potential within the country. However, surrounded by countries with similar landscapes, wildlife, and climates, Zambia has the unique task of differentiating itself and avoid turning into a run-of-the-mill African safari destination. Part of this differentiation includes promoting and further developing infrastructure for two of the country’s natural wonders, Victoria Falls and Kalambo Falls, the world’s widest waterfall and the second-tallest waterfall in Africa, respectively. The Batoka Gorge, located just below Victoria Falls, is a world-renowned rafting destination taking rafters through a labyrinth of 23 rapids situated between towering black cliffs on either side. As one of the country’s most popular destinations, the falls have a range of other attractions that include rappelling, body boarding, and bungee jumping.

Both capitalizing on and preserving the richness and diversity of its wildlife, Zambia has more than 22.4 million ha of land designated as national parks or game management areas. The Kafue, Kasanka, Lower Zambezi, Musi-o-Tunya, and South Luangwa national parks are the most frequented by tourists, but the country’s 15 other national parks are ripe for investment aimed at sustainable and adventure tourism investment. Moreover, the country has five major rivers, four major lakes, and more than 20 waterfalls scattered throughout the country. South Luangwa National Park has one of the highest concentrations of wildlife in the world and offers visitors game treks lasting from one to eight days featuring bush camps.

Only 40% of Zambia’s population lives in urban areas, with the rest in rural areas and accounting for the country’s mix of 73 languages and range of cultural heritage and events. Several distinct festivals are held annually by the nation’s various peoples. Perhaps the most popular is the Kuomboka Ceremony, a tradition of the Lozi of Western Zambia; held each year in either March or April to mark the movement of people from floodplains to higher grounds.

Harnessing its cultural heritage, Zambia also has a score of museums. The Moto-Moto Museum in Mbala has a collection of prehistoric artifacts from Northern Zambia, including evidence of the first use of fire by man. Other museums include the Lusaka National Museum, a cultural history museum with exhibits in archaeology, ethnography, and art, and the Livingstone Museum, a visit to which no trip to Zambia could be considered complete without.

In order to increase tourism arrivals, infrastructure improvement throughout the country is a necessity; however, there exist plentiful means of travel into and within Zambia. The country’s main airport is Kenneth Kuanda International Airport in Lusaka, and it is quickly becoming a regional hub. While the only intercontinental flight is to Dubai, offered by Emirates, the airport has direct flights to Johannesburg, Harare, Addis Ababa, Dar es Salaam, and Luanda. Proflight Zambia is the country’s primary airline, with a fleet of 17 operating scheduled and charter flights to 11 destinations. Train is another method of arriving in the country. The TAZAR Railway can carry passengers from Dar es Salaam from neighboring Tanzania to Kapiri Mposhi, about 200km north of Lusaka. The train takes about 38 hours, breaks down regularly, and costs between USD40-55.

Once inside Zambia, transportation within the country is relatively simple, though that should not necessarily suggest comfort or affordability. The country has five airports with regularly scheduled commercial flights, with another 17 dotted throughout. Despite the infrastructure, flights can be expensive, potentially USD150 one way, and infrequent; charter flights are an option, and, with enough people, can offer a competitive alternative to commercial flights. Luxury coaches are prevalent in the country and offer a more timely, and safe, means of transportation. Though these buses frequently depart and arrive on time, the road conditions in the country are very poor, and in some areas may be washed out entirely.

For the time being, the aspect of Zambia that will continue to attract potential tourists is that the sector, though present, is still marginally less developed than the country’s neighbors, leaving its spectacular geographical and wilderness environments uncommercialized, offering visitors some of the most natural cultural and wildlife experiences they can get in Africa. 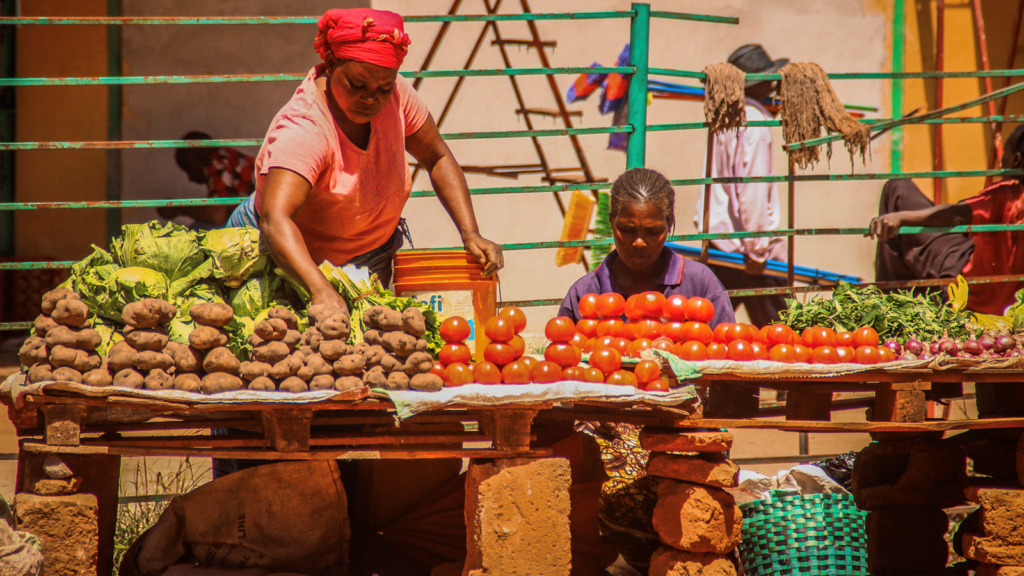 What Is Needed to Build a Basket