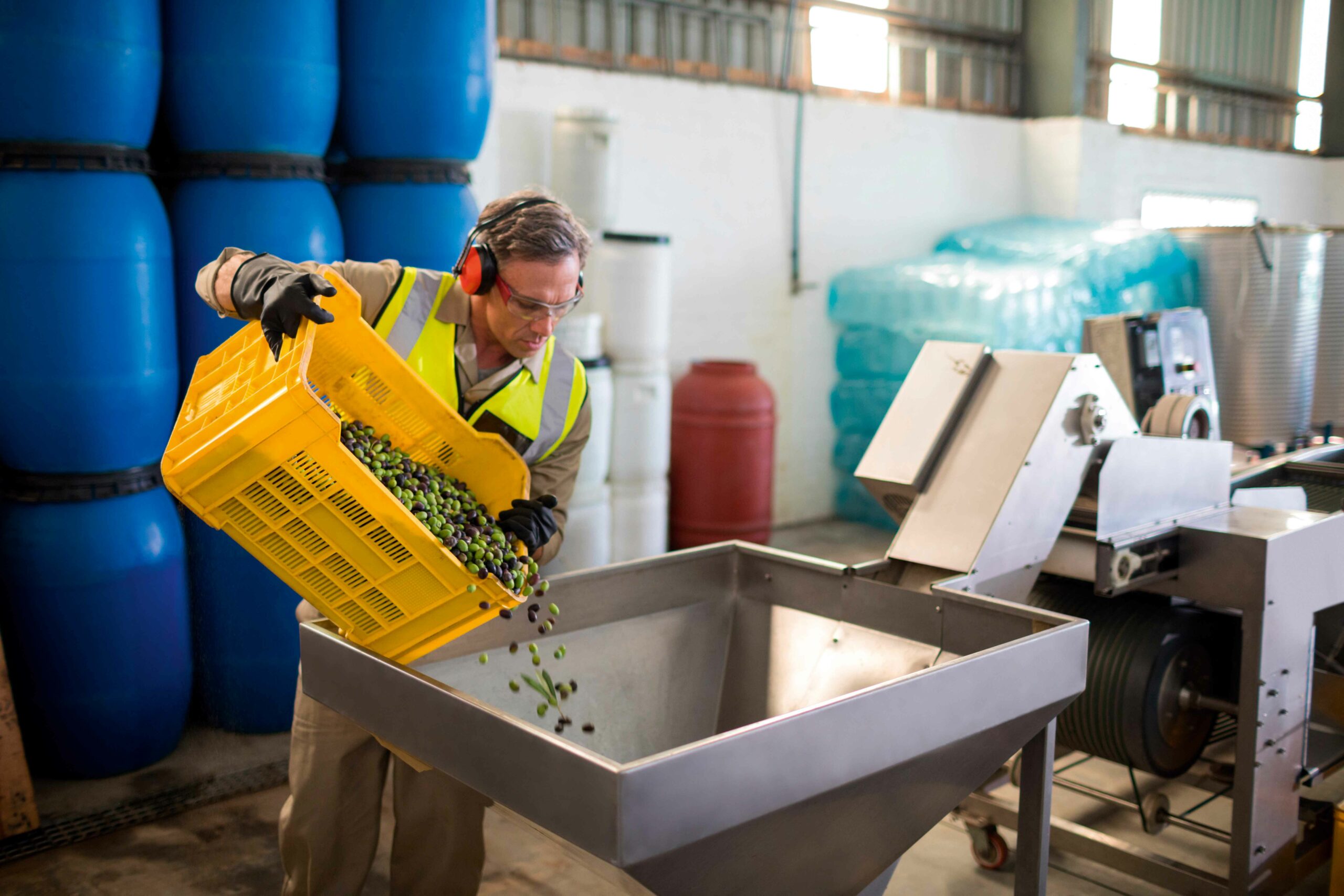 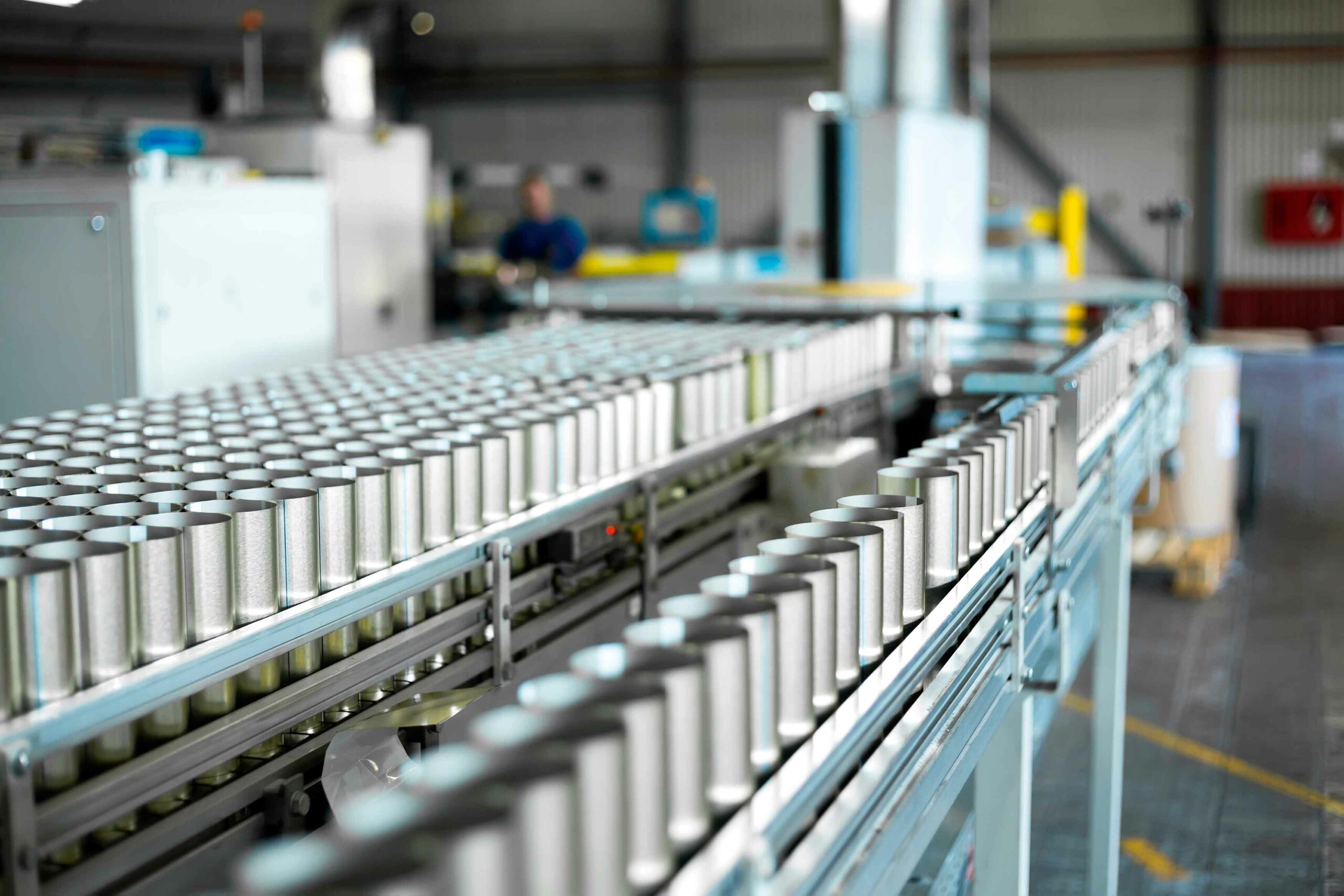 As Lebanon begins to more fully recover from macroeconomic headwinds, stakeholders and industry observers are hopeful that the country's industrial sector will offer a way forward.

With a population of over 5.8 million and a GDP approaching USD52 billion, Lebanon is a dynamic economy with a diverse business profile. In 2016, Lebanon’s GDP grew by roughly 1.8%, and low oil prices and improved security played an important role, boosting consumer confidence and consumption. The World Bank forecasts that the Lebanese economy will continue to improve in the near term, with GDP growing 2.5% in 2017 and maintaining that same pace into the medium term.

Lebanon’s industrial sector is a key source of growth and employment, accounting for nearly 7.5% of GDP and employing upward of 150,000 people, approximately a quarter of the nation’s available workforce. According to the Lebanese government, the industrial sector is second only to the public sector in terms of overall employment. Industry in Lebanon is composed of over 15 different sub-sectors, ranging in size and overall contribution. According to the most recently available data from the government, the food & beverage sub-sector represented more than a quarter of the nation’s industrial output while metal & metal products contributed around 12%, non-metallic mineral products accounted for 11.7%, electrical machinery and apparatus sat at 11.7%, and electrical machinery was 11%. Lebanon’s major industrial exports included those from the chemical sub-sector (26%), prepared foodstuffs (24.6%), and base metals (19.7%).

Lebanon’s small size and relatively limited domestic consumption base makes it highly reliant on regional and global trade for economic activity. According to the most recently available statistics from the Ministry of Economy and Trade, Lebanon’s exports totaled nearly USD3 billion, and industrial exports accounted for almost all of that total. Additionally, Lebanon imported roughly USD270 million worth of industrial machinery. The country’s FDI inflows have hovered at around USD3 billion in recent years. Between 2015 and 2016, FDI jumped by 9%, and observers expect a similar jump in 2017. The country’s major trade partners were predominantly regional in nature, with Syria, Turkey, Iraq, and Saudi Arabia accounting for a large portion of total trade, representing 17.8%, 16.4%, 6.4%, and 6.2%, respectively. Bangladesh is also a major trade partner for Lebanon’s industrial output, accounting for 7.2% of the country’s industrial exports.

According to the Food and Agricultural Organization of the United Nations (FAO), the agriculture industry accounts for nearly 8% of the country’s workforce and 5% of GDP. Additionally, around 25% of the active population is in some way involved, either on a part-time or full-time basis, in the agricultural sector. In the most rural sections of the country, which very often have the lowest average socioeconomic status and most narrow economic base, agriculture and its related activities can account for nearly 80% of local GDP. The influx of Syrian refugees in recent years has, however, put particular pressure on this industry. The relative demand for unskilled labor in the agricultural sector and the massive influx of poor Syrians willing to work for very low wages has displaced some Lebanese agricultural workers, creating tensions and hostility between the two communities.

The war in Syria has also disrupted important regional trade routes and markets, forcing Lebanese agriculturists to develop new markets. Well known for high-quality and coveted agricultural products, Lebanon has been able to find ready markets for some of its best-known products. Lebanese olives, tomatoes, apples, grapes, citrus fruits, and potatoes have made their way to new markets across the world, creating new opportunities and allowing Lebanese agriculture to form new economic ties The eurozone in particular has welcomed Lebanese agro-exports, accounting for nearly 10% of exports in 2016.

Food and beverages production represents another key aspect of Lebanese industrial production, and the country’s expertise ranges across a wide variety of sub-sectors. As a regional competitor to many advanced economies, Lebanese food and beverage producers are constantly upgrading their industrial componentry. In an interview with TBY, Marc Waked, General Manager of Liban Lait, explained the lengths his firm goes to ensure that it remains competitive, including a comprehensive automatization program that required an investment of more than USD1 million. In order to compete, food and beverage firms across Lebanon have been turning more and more to technology. “Technologically, we have to be up to date because of the level of automation,” said Waked. As the agricultural industry in Lebanon continues to expand, automation will ensure that producers are able to compete with regional and global competitors across a number of different categories.

The chemical industry in Lebanon is one of the most extensive and diverse industries of its kind in the region. The industry’s products vary from detergents, plastics, and rubber to cosmetics, oil, and varnishes. According to Lebanon’s investment authority, the industry is valued at almost LBP500 billion (USD332 million). Nearly 370 factories currently operate in the sector, accounting for nearly 9% of the country’s industrial infrastructure. The majority of chemical manufacturers, nearly 80%, have some kind of involvement in plastics, while 29% have investments in perfume manufacturing and 26% are active in paint production. Almost 15% of the country’s industrial exports were chemical products, and Lebanon is particularly active in inorganic chemicalsand fertilizers. Other major areas of chemical exports were essential oils, resinoids, and cosmetics.

The chemical industry has benefited from government efforts targeted at boosting the sector, and industrialists in Lebanon are hopeful that regulation, bureaucracy, and image can be managed in such a way that growth and dynamism are supported. In an exclusive interview with TBY, Sam Bechaalani, Chairman and President of Librex Group, described some of the problems currently facing Lebanese industry. “Unfortunately, we are facing many challenges in relation to bureaucracy and the country’s image,” said Bechaalani. “We look forward to seeing an effective change from our new president. We do hope that the current administration will not be similar to the previous one.”

Leaders in private industry are hopeful that Lebanon’s recently elected president, Michel Aoun, will be able to stimulate a renaissance of sorts for the Lebanese economy. Many private industry leaders are aware that the country has a ways to go in terms improving its reputation, and they are optimistic that the government’s reforms will catalyze long-lasting change. Lebanon’s highly skilled and educated population makes it a natural leader in the chemicals industry, with strong export potential. With the right steps, Lebanon is poised to become a regional mover and shaker in the industry.

While technology manufacturing is still a relatively small percentage of the country’s industrial activity, accounting for around 2% of manufactured exports, the sector has been growing recently and is rife with potential. In 2016, hardware sales eclipsed USD263 million, and the area is forest to grow by a CAGR of 8.3% between 2016-2019. Industry analysts expect that medical devices are likely to be a key aspect of Lebanon’s manufacturing base in the future, and the Lebanese medical device market is expected to reach almost USD340 million by 2019. The country’s high density of doctors and the relatively advanced state of its specialized manufacturing make Lebanon’s potential in this area enviable. When the government’s financial support—support that comes mostly in the form of sector-specific corporate tax reductions—and administrative support is taken into account, the industry’s growth potential becomes even greater. Moving forward, firms must capitalize on the government’s generous incentives and the country’s rich pool of domestic talent.

Though recent years have been challenging, Lebanon’s construction industry has been picking up speed and the materials industry has been benefitting enormously. Between 2015 and 2016, developments in Lebanon’s Baabda, Aley, and Kesrouan Governorates expanded by 50, 60, and 30%, respectively. Between Mount Lebanon and Beirut, nearly 200 residential developments are under construction. Additionally, Lebanon is seen as the staging ground for reconstruction projects in neighboring Syria, and as the civil war stabilizes, demand is forecast to explode. This influx in construction has translated into a boon for the materials industry, and industry leaders are confident that coming months and years will precipitate a major expansion in their industry. Pre-cast concrete is considered particularly promising. In an exclusive interview with TBY, Michel Zovighian, Chairman & CEO of Sehnaoui Plant, discussed the opportunities in the market. “If we want to do things on a large scale and we want to do it fast, we need the precast industry,” said Zovighian. “If Syria wants to bring in millions of people to reconstructed areas, it will need a strong pre-cast concrete industry. For this reason we believe pre-cast is the future.” Other core construction materials like steel and re-bar are also expected to see a spike in demand, and the construction materials industry is working to ensure that it is ready and able when the time comes.