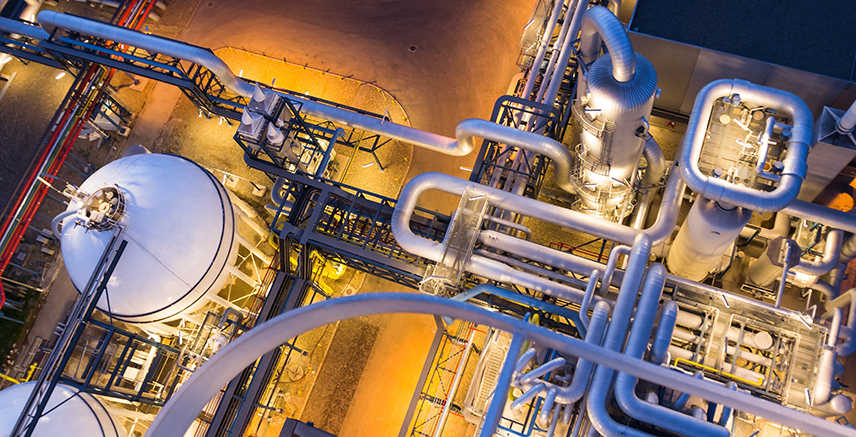 Share on:
With Lebanon's macroeconomic and geopolitical troubles continuing in 2015, the country's industrial sector managed to make the best of a challenging situation.

The industrial sector in Lebanon accounts for roughly 7.5% of GDP and employs around 140,000 people, which is the equivalent of approximately 25% of the local workforce. Industry is in fact the second-largest employer in the country, behind only the public sector. Manufacturing in Lebanon is comprised of more than 15 sub-sectors, which vary greatly in terms of the their contribution to employment and GDP. The food and beverage segment accounts for the largest share of industrial output at 26% of 2015 industry totals, followed by metal and metal products at 12%, other non-metallic mineral products at 11.7%, and electrical machinery and apparatuses at 11%. Some of Lebanon’s most important industrial exports include chemical products, which accounted for 26% of all industrial exports in 2015, prepared foodstuffs at 24.6%, and base metals and articles of base metal at 19.7%. Volatility in global markets for precious metals evaporated nearly 75% of the book value of Lebanon’s jewelry exports, dropping revenues from jewelry exports from USD1.7 billion in 2012 to just USD434 million in 2015.

Merchandise trade, which immediately following the end of the Lebanese civil war represented the equivalent of 96.3% of the country’s GDP, stood at 47.6% of GDP in 2015, down slightly from 56.2% in 2014. One of the many factors contributing to last year’s drop-off in trade, which during 2015 measured roughly 22% of the total level of Lebanon’s GDP, was heightened concern over ongoing security risks stemming from regional conflict, which among other consequences has led to an increase in the cost of land transport. Lebanon’s primary export partners include Syria, which at 15.3% still stands as the largest single importer of Lebanese products despite the ongoing Syrian civil war. Turkey accounts for 11.9% of Lebanese exports, followed by Saudi Arabia at 8.3%, Egypt at 7.4%, Iraq at 5.7%, and Bangladesh at 5.1%. The close connection between economic growth and exports—and thus the industrial sector by extension—underlines the potential to expand upon efforts to develop an ever-more specialized production portfolio in Lebanon, increasing the competitiveness of its industry by achieving sector-specific improvements to innovation and productivity. The largest importers of Lebanese industrial goods and services in 2015 include Syria at 17.8% of total industrial exports from Lebanon in 2015, followed by Turkey at 16.4%, Bangladesh at 7.2%, Iraq at 6.4%, and Saudi Arabia at 6.2%. Of the many commodity exports that drive Lebanon’s economic performance, fruits and vegetables represent 22.5% of total commodity exports, while chemicals account for 20.1%, followed by prepared foodstuffs at 19%, base metals at 15.2%, and wood pulp and paper at 6%.

Two of the most productive staples of industry in Lebanon are its agricultural and agro-industrial sectors. Lebanese agriculture is often associated with its highly sought after produce, particularly olives, tomatoes, citrus fruits, grapes, apples, vegetables, and potatoes. Thanks in large part to the country’s internationally renowned culinary traditions and the availability of skilled labor at relatively low-cost to producers, Lebanon’s agro-industrial sector is a significant contributor to the country’s economy, with the most recent figures showing that in 2011 the agro-industry accounted for approximately 26.3% of total industrial output and generated roughly 2.2% of the country’s GDP, while the estimated workforce of 20,607 individuals engaging in agro-industrial activities represents around 25% of all industrial sector employment.

The value of Lebanon’s pharmaceutical market in 2015 was estimated at roughly USD1.63 billion in 2015, with current projections set at an expected CAGR of 6.2% through 2020, ultimately driving up the value of the country’s pharmaceutical industry to nearly USD2.20 billion. At 3.15% of GDP in 2015, the pharmaceutical industry’s contribution to national output in Lebanon was the largest among all countries in the entire MENA region. The country’s pharmaceutical sector is currently comprised of 11 manufacturing facilities and 164 importers. From 2012 through 2015, exports of pharmaceutical products demonstrated a CAGR of 17.68%, reaching USD55.3 million in 2015. The top destinations abroad for Lebanese pharmaceutical products are primarily Arab countries, specifically Iraq, which accounted for 18% of pharmaceutical exports in 2015, Saudi Arabia at 17%, and Jordan at 11%. There are a number of underlying factors supporting the strong performance of the sector in Lebanon, including a continually restocked pool of qualified local labor made possible by the country’s world-class education system, specifically in the all-important fields of math and science, as well as quickly growing regional markets and a well-developed healthcare system.

Lebanon’s chemical industry stands out as one of the country’s most diversified sectors. The roughly 110 different items produced and exported by the sector include basic chemicals, rubber, cosmetics, soaps and detergents, refined oil derivatives, paints and varnishes, and plastic, with the latter forming at least some part of the operations of around 80% of all companies operating in the country’s chemical sector, while 29% of chemical firms had activities in the perfume segment and 26% produced paint products. As of the beginning of 2016, there were 379 factories operating in this sector, accounting for just over 9% of all industrial firms in Lebanon. Sales of locally produced chemical products abroad accounted for 14% of all Lebanese industrial exports in 2015, making the segment the third most important in terms of the number of industrial products that it imported last year. Around 2% of total Lebanese exports in 2015 were accounted for by inorganic chemicals, while fertilizers accounted for an additional 3% of total exports. In 2015, Lebanon’s chemical exports in 2015 were made up mainly of resinoids, essential oils, and cosmetics and toilet preparations, which together accounted for 27% of chemical product exports last year. This sub-sector of Lebanese industry is another of the many local beneficiaries of the country’s affinity for producing highly skilled chemists at the undergraduate, graduate, and post-graduate levels.

Printing is still a relatively small activity in Lebanon, accounting for only around 7.5% of total industrial output in 2013 when the latest data for the sector was published. As of the start of 2014, the printing sector provided employment for 3,693 individuals, accounting for 5.2% of the overall industrial workforce. The sub-sector is made up mostly of SMEs, with 45.5% of printing companies employing five to nine workers, and 86.3% of printing companies employing fewer than 35 employees. The sector’s activities are mostly geared toward consumer markets, through products like periodicals and books, and industrial customers who demand printed materials for packaging and distribution. As of the start of 2016, Lebanon is as a net exporter of printed products, with exports of printing output accounting for 3% of total exports in 2015.

The limited size of Lebanon both in terms of its territory and its market largely shape the profile of its economic models. With less than 5 million people living in Lebanon, competing with other economies of similar structural composition but larger populations along the lines of scale will never provide a sustainable way forward. Instead, the country’s leaders of government and private industry have all recognized that the development of the human resources needed to transition fully to a knowledge-based economy is tantamount for the long-term prosperity for its many economic sectors, industry not least among them. Increasing value-added activities is a key point of the national agenda, and the preliminary results of the initiative can be seen among many other places in its trade statistics; the value per ton of exported goods in 2014 was around USD1,122, more than 35% less than the USD1,522 per ton of goods exported in 2015. While overall the volume exports may have declined by 13.2% during 2015, the decline in the value of those exports remaining at just 10.9% is evidence of the successful transition by Lebanon’s economic actors toward creating more value, rather than just creating more.