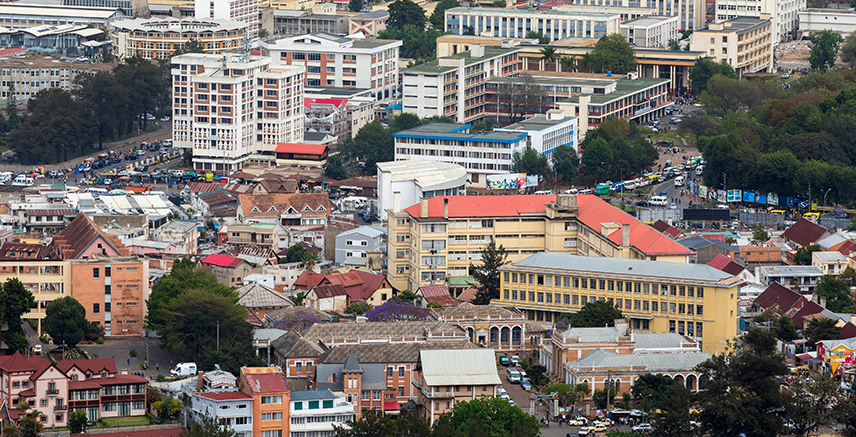 Share on:
Madagascar is emerging from political unrest and chronic social and economic malaise by embracing closer regional integration.

Madagascar, the 4th largest island in the world, lies off the coast of Mozambique and is roughly the same size as France, the nation that colonized it for over 65 years until independence in 1960. The similarities, however, stop there.

France today is one of the powerhouses of Europe, with a GDP per capita of USD36,800. But Madagascar, despite its natural resources, remains one of the world’s poorest nations with a per capita GDP of USD400.

Home to some of the most bio-diverse ecosystems on the planet, and hosting substantial caches of minerals, its people remain subject to hunger and poverty.

Over time the state has been working to address some of its most damaging social problems, and was successful in reaching its Millennium Development Goals commitments in the 2000s.

However, a political crisis in 2009, which lasted until 2014, put an end to any serious progress. Now seemingly recovered from its political hurdles, Madagascar is making strides toward a unprecedented era of stability and relative prosperity, despite the fundamental challenges facing its population.

These issues are numerous, as outlined by World Bank reports. Nine in every 10 people are poor, and six of those leave in extreme poverty, while chronic malnutrition affects one in every two children under the age of five.

Out of 188 countries, the nation’s Human Development Index in 2016 was 30th from the bottom.

However, in 2016, the country’s GDP witnessed growth of around 4.1%, a considerable improvement on the 2.6% average seen over the past five years.

This could bode well for overcoming some of the economic stagnation it has experienced in the past. Access to credit remains problematic, there are limited educational opportunities among its workforce, and a chronic lack of infrastructure restricts development to the capital city Antananarivo.

Yet despite its deposits, Madagascar’s remoteness, technical difficulties with oil extraction, and uncertain regulatory frameworks have kept investors at bay, a considerable deterrent for a nation so desperately in need of overseas capital.

It is within this context that we finally see signs of Madagascar making overtures to the international community to bring development to its shores. Two weeks ago it joined a group of 19 countries that have agreed to establish a cross-continent free trade zone.

If successfully implemented, the East African Community (EAC), the Southern African Development Community (SADC), and the Common Market for Eastern and Southern Africa (COMESA) could join forces to create the continent’s biggest free trade zone, encompassing a combined GDP of USD1.3. trillion and more than half of the African population.

This agreement has the potential to considerably potentiate trade across the continent, and particularly for Madagascar, to open doors to markets the country has, so far, largely remained isolated from.

Yet another development might result in more significant short-term gains for Madagascar than this enormous FTA.

In June of this year it became a full member of the African Export-Import (AFREXIMBANK). The organization has made a name for itself in recent years as a proactive investor in markets avoided by risk-conscious European and North American investors.

The lack of expertise in African markets among Western and Asian investors is not in evidence at this African institution; its knowledge and understanding of the continent’s economies has made it more willing to invest in projects foreign investors would find too risky.

This could open considerable opportunities for Madagascar, as membership gives it automatic access to trade finance facilities, project finance services, trade information and advisory services, support in the development of a local content policy, and assistance in developing and implementing industrial parks and special economic zones.

The country has, for so long, been unable to access credit for infrastructural development. In tandem with the continued support of supranational partners like the World Bank, which has committed USD1.3 billion in development aid for the 2017-2020 period, these opportunities could form part of a broader development strategy with the potential to transform the lives of 25 million Malagasy people.