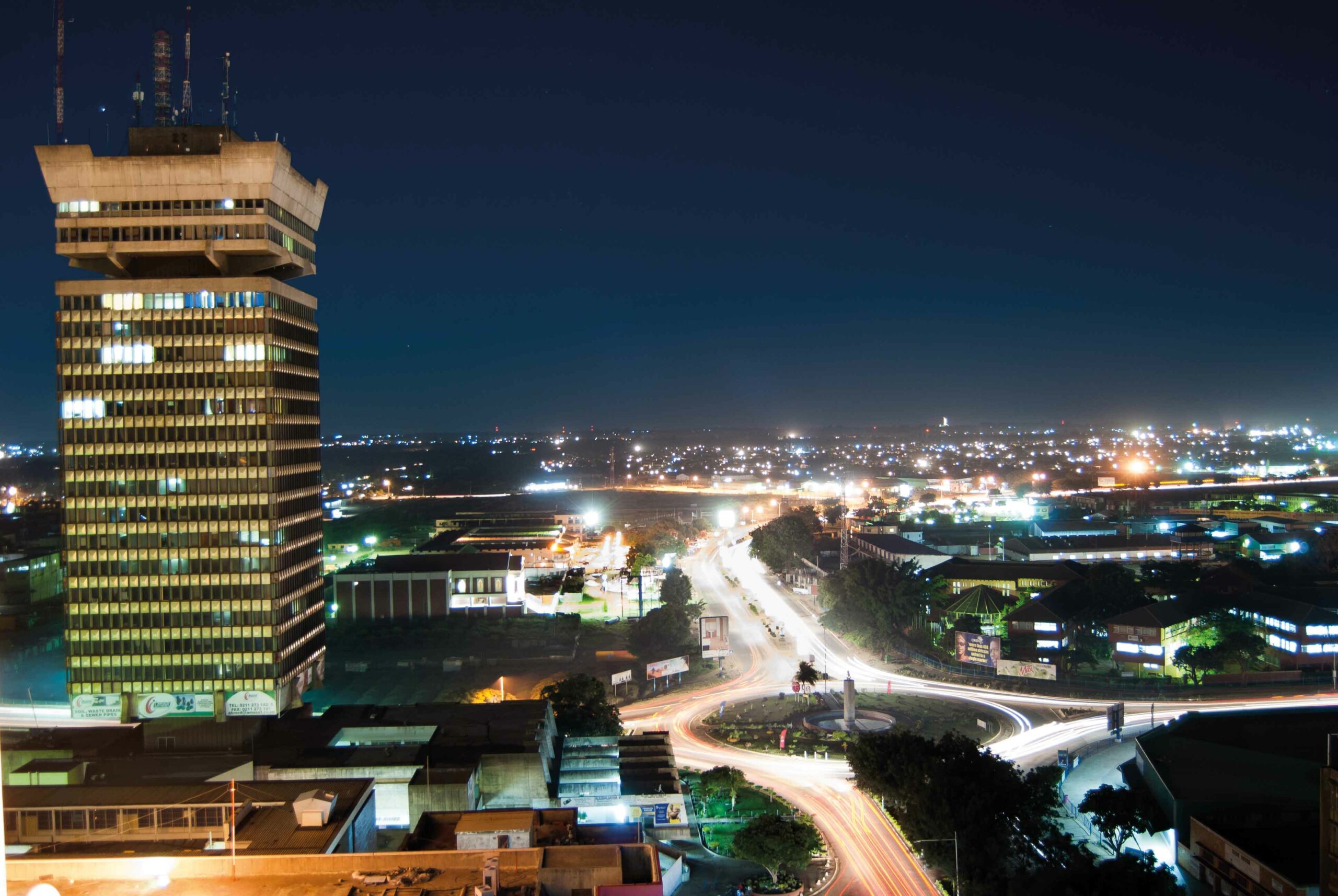 Share on:
The financial sector reforms that commenced in 1992 were meant to instill competition that in turn expanded the availability of credit necessary for broader economic growth. Yet this is still […]

The financial sector reforms that commenced in 1992 were meant to instill competition that in turn expanded the availability of credit necessary for broader economic growth. Yet this is still not fully realized in today’s system of 18 commercial banks, which remains highly concentrated and dominated by a few. Two years later, the government set forth the Financial Sector Development Program, geared squarely at building up financial sector infrastructure to shoulder the weight of economic diversification and sustainable growth. A key element of this era in economic policy was the lifting of administrative controls on credit allocation and the setting of interest and exchange rates. In step with this, regulation came to the fore to establish universal practice and transparency in the sector. Meanwhile, appraising the sector in an interview, Charles Mudiwa, the Chief Executive of Stanbic, noted, “One of the biggest competitive advantages of Zambia from a banking and customer perspective, in terms of liability and capital movement (namely its lack of), is exchange controls for convertible currency, which means that capital flow is somewhat easier than many other markets, including South Africa.“

Needless to say, the economy is a crucial determinant of financial sector activity, and not least of banks’ risk appetite. It will be useful, then, to consider recent developments on this front to better grasp the trajectory of the banking sector. On October 26, 2016 the government officially launched its “Zambia Plus“ economic recovery program. Its five pillars were together meant to restore GDP growth from current levels of around 3% to the 7% considered key to fuel development and curb poverty. A significant external partner in its implementation is the IMF. The projected outcome ranges from increased budgetary allocation to social services, to tighter regulation of spending decisions and improved economic stability through greater access to credit; the latter theoretically enabled by a reduction in high lending rates and lower inflation.
Recent IMF macro data on Zambia indicates that despite the kwacha suffering continued fluctuation against its major trading currencies, it rallied YoY in 9M2016. Indeed, between January and end-November 2016, it appreciated by 10.4% against the USD, 13.2% against the euro, and 2.1% against the South African rand. And meanwhile, in another “plus“ for the banking sector, having peaked at 22.9% in February 2016, annual inflation fell each subsequent month, printing at a more manageable 8.8% in November 2016. The IMF projects more sunshine, too, anticipating 2017 GDP growth of 4%, up 1pp YoY. Inflation, too, is set to moderate change to 9% in 2017 owing to base effects. Zambia’s GDP performance had slid in recent years due in large part to low global copper prices (copper accounts for 10% of GDP). In January 2016, copper prices were at USD4,471 per metric ton, 54.7% down on their February 2011 peak. Yet, since February 2016, prices had recovered to USD4,726 per metric ton by October 2016 and more so in November 2016 as commodities rallied on speculative buying post US elections, and as Chinese manufacturing appeared robust. Yet remaining below 2015 levels, despite higher production, the USD value of copper exports in 3Q2016 was 10.4% down YoY. This has all reflected in the lending tendencies of Zambia’s banks.

Zambia’s SMEs account for 70% of GDP and virtually 90% of employment. It is clear, then, how their systematic funding could contribute to the overall economy. Leonard Mwanza is the CEO of the Bankers Association of Zambia. He told TBY that, “In 2016 economic activity was flat, (which) translated into the banking sector having flat loan books emanating issues of constrained liquidity.“ This had stemmed from the strict monetary policies mentioned earlier in tackling inflation. And while the goal was reached, “the cost of new deposits skyrocketed, sometimes as high as 35%, over the course of 2016, particularly in the first half (…), which led to subdued lending to SMEs.“ The current average lending rates are at a vertigo-inducing 29.4%. The government is working on an Entrepreneurial Fund for the SME contingent of the private sector, enabling long-term credit guarantees at workable terms. Additionally, in October 2016, the African Development Bank (AfDB) approved a USD50 million credit line to the Development Bank of Zambia (DBZ) dedicated to SMEs. A month later, the Industrial Development Corporation (IDC) of South Africa signed a USD20 million credit line with DBZ dedicated to SMEs. Time will tell how sustainable this proves to be for the productive sectors.

Sector data reveals that in Africa overall, less than 20% of households have access to formal financial services, which reflects heavily, too, on the business arena, massively denting economic growth. There have been encouraging periods. Between 2006 and 2011, the share of loans in total assets, notably to the private sector, rose to 43% from 36%. Conversely, for the same period, declining yield rates on government securities, being less attractive, resulted in banks’ share of liquid assets declining to 35% from 42%, as divesture from said securities turned to loans.

More recently, on February 22, 2017 the Bank of Zambia (BoZ) cut the policy rate from 15.5% to 14%, the statutory reserve ratio from 18% to 15.5%, and the overnight lending facility rate from 1,000 basis points to 600 above the policy rate. It was able to do so thanks to the notable decline in annual inflation and the principal motive was to boost slack economic performance by making credit more available to the productive sectors of the economy. Yet as Armando Massimiliano Sirolla, the CEO of AB Bank Zambia, put it in a TBY interview, “Unfortunately, there is no silver bullet to ease access to financing.“ Financial inclusion, he stressed, demands comprehensive commitment from “the government, the Bank of Zambia, the big players in the financial sector market, the investors, and donors,“ which is still not the case in Zambia. It seems that certain players view NPLs “as an excuse (even though) the actual rate of NPLs among microfinance companies is somewhere below 5%.“ AB Bank Zambia stresses the fact that each month it adds, “2-3,000 unbanked people to the formal financial industry.“ By BoZ data, the top sectors receiving credit on a one-year scale have been agriculture, forestry, fishing and hunting, mining and quarrying, and manufacturing. For January 2017, total loans and advances to all sectors stood at USD833 million. Among this total, the above three sectors respectively received USD245 million, USD132.4 million, and USD106.6 million. Incidentally, the government views agriculture as a key sector for economic growth once standardized. Efforts to this end may be seen in our capital markets chapter. Unfortunately, it remains a problematic sector for the banks, where during the 2005-2014 period roughly 47% of total loans to the sector from large banks were doubtful or in default, making it the worst offender. By contrast the energy sector, essentially state-owned, had just 3% of its credit portfolio deemed nonperforming.

From the field, TBY discovered active interest in supporting this potentially fertile sector, especially since only around 20% of Zambia’s arable land is currently under use. Armando Massimiliano Sirolla explained how with Zambia’s banks competing for the same 5% of the market, his bank deals with smaller loans, “providing credit of between ZMK3,000 and ZMK50,000 (micro-product), or between ZMK51,000 and ZMK3 million (SME product).“

Its agribusiness product launched in 2015 and implemented a year later had assisted around 1,017 farmers by year-end, “with average loans of about ZMK20,000.“ Microfinance clients comprised 50-60% of the portfolio with 40-50% of SMEs. He noted that with the cost of borrowing in Zambia being as prohibitively high as 30%, small depositors are the sole source of liquidity. Meanwhile, Leonard Haynes, the CEO of First National Bank Zambia, told TBY that the bank is, “currently the fifth or sixth-largest bank by assets (and added that) a large portion of our balance sheet is in agriculture, some in dollars, backed by agricultural exports.“ This includes commercial farmers, “who require financing of highly specialized equipment, sometimes costing around USD500,000.“

Technology adoption, key to an alternative to bricks-and-mortar branches banking in many EMs, remains embryonic; just 3% of mobile users went online in 2016. Estimates put active mobile money users at around 417,000. Focused on remedying this demographic, AB Bank’s Sirolla revealed its ambition of ensuring “that the 6-8 million mobile users in the country know how to bank via mobile.“ The simple economic means to participate in the financial sector aside, education is key to advancing participation. Leonard Mwanza, CEO of the Bankers Association of Zambia, revealed the organization’s efforts on this front, which in 2016 included organizing World Savings Day to promote saving. “In 2017, we are planning Financial Literacy Week, working with a number of stakeholders (including) the Bank of Zambia, the Insurance Association of Zambia, the Pension and Insurance Authority, and the Securities and Exchange Commission.“ This year the theme is “know and plan your finances to lead a better life.“ A nationwide educational campaign is also in the pipeline. Stanbic, meanwhile, has for two years, “run an annual energy conference with the Minister of Energy to bring thought leadership on that side,“ a scheme it incidentally replicates for the nation’s vital mining industry.
Overall, Zambia’s banking sector is faced with a classic chicken-and-egg scenario, in that while reforms have been forthcoming, a vulnerable local economy overly dependent on mining and compounded by externalities has prevented banks from cost-effectively supporting the economic diversification needed to boost economic performance. Specifically, as the IMF underlines, the provision of credit to the private sector has remained somewhat of a hostage to sectoral credit concentration and risk.