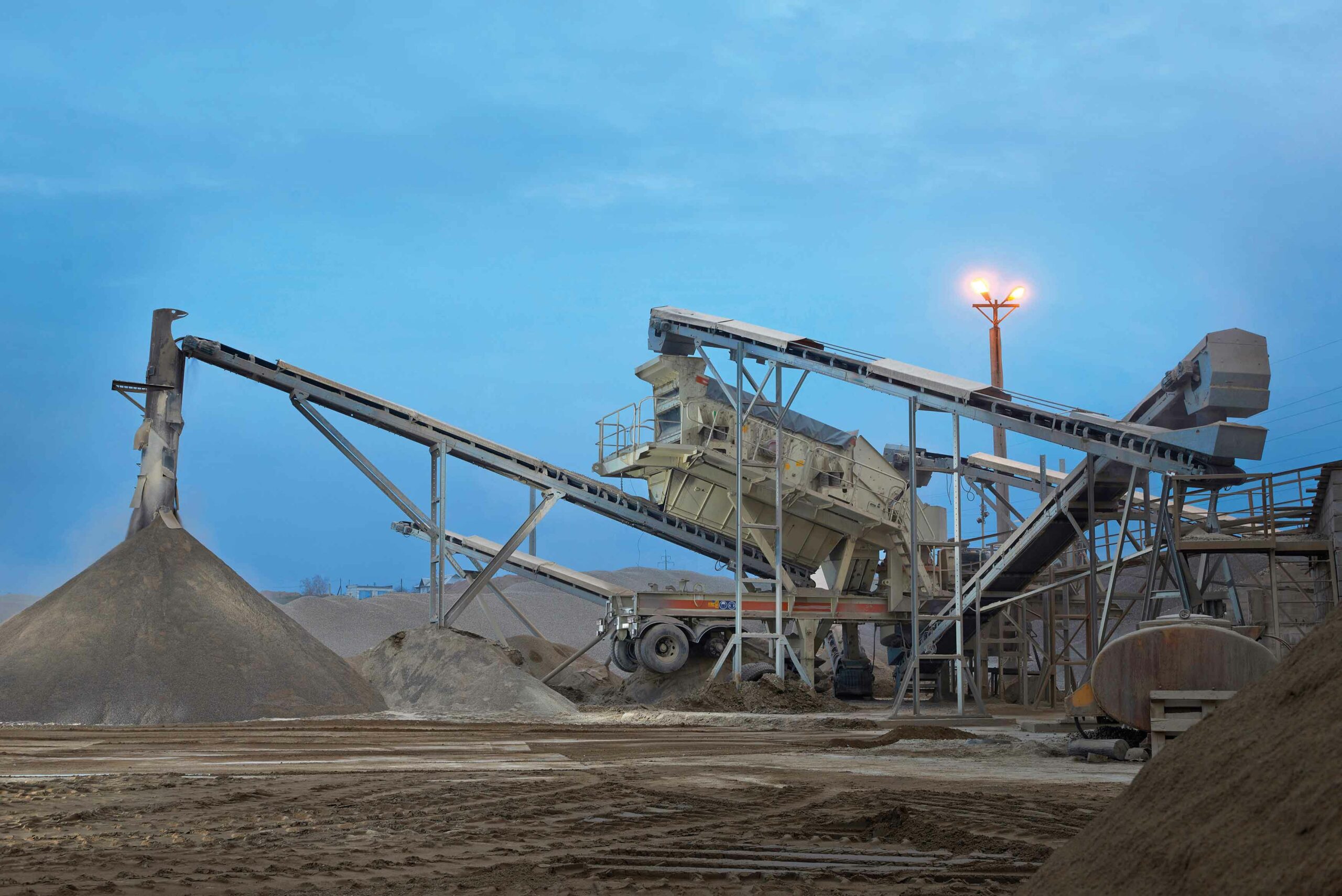 Looking To The Future

Share on:
Fiscal issues and inadequate infrastructure have hampered growth, but there is still a sense of optimism about Zambia's industrial sector.

Zambia had one of the word’s fastest-growing economies in the first decade of the 21st century, but the nation’s rise to economic prominence has hit a series of snags in recent years. Real GDP growth averaged 6.7% thanks to mineral outputs and a strong kwacha, but this all started to shift in 2014 when declining copper demand set off a series of cascading effects, slowing the economy and turning the kwacha into Africa’s worst performing currency in 2015. Today, the country’s industrial sector is facing a number of issues, including human capital shortages and problems with power generation due to water management issues. Still, the government’s move toward an open market economy and the relative political stability in the country have it positioned as one of Africa’s highest-potential markets.

Although agriculture remains Zambia’s dominant industry, industrial production accounted for just under 30% of Zambia’s GDP in 2016, according to the CIA World Factbook. However, this overstates the significance of the nation’s industrial sector. Mining remains the largest share of industry, and construction accounts for half of all non-mining industry GDP. Electricity and gas, which produces a further 10% of all non-mining industry output, contracted slightly due to power issues, but manufacturing remained more or less stable. After posting average quarterly growth rates of 6.7% in 2014 and 5.5% in 2015, Zambia’s manufacturing industry saw growth stagnate in 2016, growing just 1.1% in the first quarter of the year. As of 2016, manufacturing itself accounted for roughly 11% of Zambia’s GDP, with agro processing, textile, and leather the nation’s primary outputs. Despite its problems, Zambia’s economy is one of the more stable and promising in Sub-Saharan Africa, and its industrial sector is no different. Robust privatization programs have created significant opportunities, and foreign investors have taken notice: foreign direct investment in the manufacturing sector was more than USD1.2 billion in 2009.

GOVERNMENT ACTIVITIES TO BOOST THE SECTOR

Zambia’s standing as one of the more promising destinations for foreign investment in Sub-Saharan Africa comes thanks to its stable political situation and a bevy of government programs implemented to boost the manufacturing sector. The Zambian government has recently established Multi-Facility Economic Zones (MFEZs), special industrial zones for export and domestic facilities that feature well-designed infrastructure and economic incentives to attract investors. With a minimum investment of USD500,000, firms receive exemptions from taxes on dividends for five years, as well as 0% corporate tax for five years (increasing over time to 75% of profits by the 10th year) and no import duties on the import of raw materials. In return, firms are responsible for building facilities and coordinating telecommunications and other infrastructure improvements. Viewed as combining the trade benefits of free trade zones and the structural economies of scale that come with industrial parks, the Zambian government sees MFEZs as one of the keys to increasing the nation’s competitiveness in the manufacturing sector. The first legislation establishing MFEZs was passed in 2006, and gave the Zambian Development Agency the power to control and administer these zones. Since then, six sites have been designated as MFEZs: Chambishi, Lusaka East, Lusaka South, Lumwana, Ndola, and Roma, with the latter two officially industrial parks.

The development of the Chambishi MFEZ is a good example of how Zambia anticipates these sites becoming hubs for foreign collaboration and eventually generating spillover effects for the surrounding community. After China expressed a desire to establish five trade economic zones on the African continent, Zambia was chosen as the first of these sites thanks to its political stability and willingness to develop MFEZs in collaboration with foreign investors. The Zambia-China Cooperation Zone (ZCCZ) was inaugurated by Presidents Hu Jintao and Levy Mwanawasa in February 2007, with the goal of further developing the relationship between the two countries that have seen bilateral trade grow from USD108 million in 2000 to USD2.85 billion in 2010. Work on the Chambishi MFEZ began in 2009 and was conducted by China Non Ferrous Metal Mining Company Limited (CNMC). The project ran into early delays, with numerous construction difficulties leading to the project not being fully operational for more than five years after breaking ground. As of 2016, more than 48 firms had operations worth USD1.3 billion in the Chambishi MFEZ, creating over 8,200 jobs. Most of this came from mining, leading to lingering concerns that the project is too focused on mineral extraction at the cost of neglecting value-added processing, but the Zambian government is confident that additional infrastructure improvements will lead to the development of the site’s manufacturing sector. One key issue that remains to be resolved in transportation; although the site is accessible by both road and train, both need to be modernized and improved in order to handle the loads needed for significant industry.

Other sites have shown similar potential. The Lumwana MFEZ is a 1,300sqkm site with long-term plans of USD1.2 billion in investment and 13,000 jobs created. The Lumwana Property Development Company expects manufacturing of explosives and agroprocessing to be two of this site’s key industries. The Lusaka East and South MFEzs have the benefit of being located near Lusaka International Airport and are currently in the midst of a five-phase construction plan that is expected to eventually produce high-tech industry, R&D, and light manufacturing. Lusaka South MFEZ had attained USD785 million of investment as of mid-2016, with additional interest from more than 150 investors being reviewed. 14 companies had already agreed to lease spaces at the site, with these signings worth more than USD330 million.

One of the biggest barriers to Zambia’s manufacturing industry is the country’s unreliable power supply. Zambia has long been plagued by power shortages that have thrown its economy into turmoil, and 2016 was no different. Electricity production dropped to 75% of the previous year’s level in the first six months of 2016 as a result of insufficient hydroelectric generation at the country’s largest reservoirs. These hydro-reservoirs, which produce over 90% of Zambia’s electricity, had already seen issues after low rainfall levels in 2014 and 2015, but increased water usage in 2015 further stressed the system and led to inadequate water levels. Zambia’s government launched a policy of eight-hour rolling power blackouts in July 2015 to lessen demand, but the problem has persisted.

It goes without saying that Zambia’s continued issues in this regard are crippling its economy as a whole and its industrial sector in particular. Expensive emergency electricity imports have been one of the major forces behind the government’s fiscal pressures, as a USD100 million subsidy was needed to keep the price of electricity constant in the face of the shortages. As a result, Zambia’s arrears have surged to ZMK10 billion, equal to about 20% of spending, and the nation’s credit rating has taken a hit, reducing investor confidence and the economic growth opportunities that come with foreign investment. The outlook for electricity supply is more positive in 2017 as the government plans to reduce its debt, remove some of the inefficiencies that have plagued the sector, and put the state energy company through a thorough review.

Even amidst these challenges, there is a sense of growing optimism around the sector. Atlas Copoco Zambia Country Manager Patrick Chanda expressed the general feeling when he told TBY that, “we are encouraged by the way things are going: In the last 10 or 15 years there have been vast improvements in terms of skill developments, which… has brought in some well-needed balance.” Perhaps more than anything else, it is this optimism that will be essential as Zambia’s industrial sector tries to make the leap to being an established high-value part of the nation’s economy.