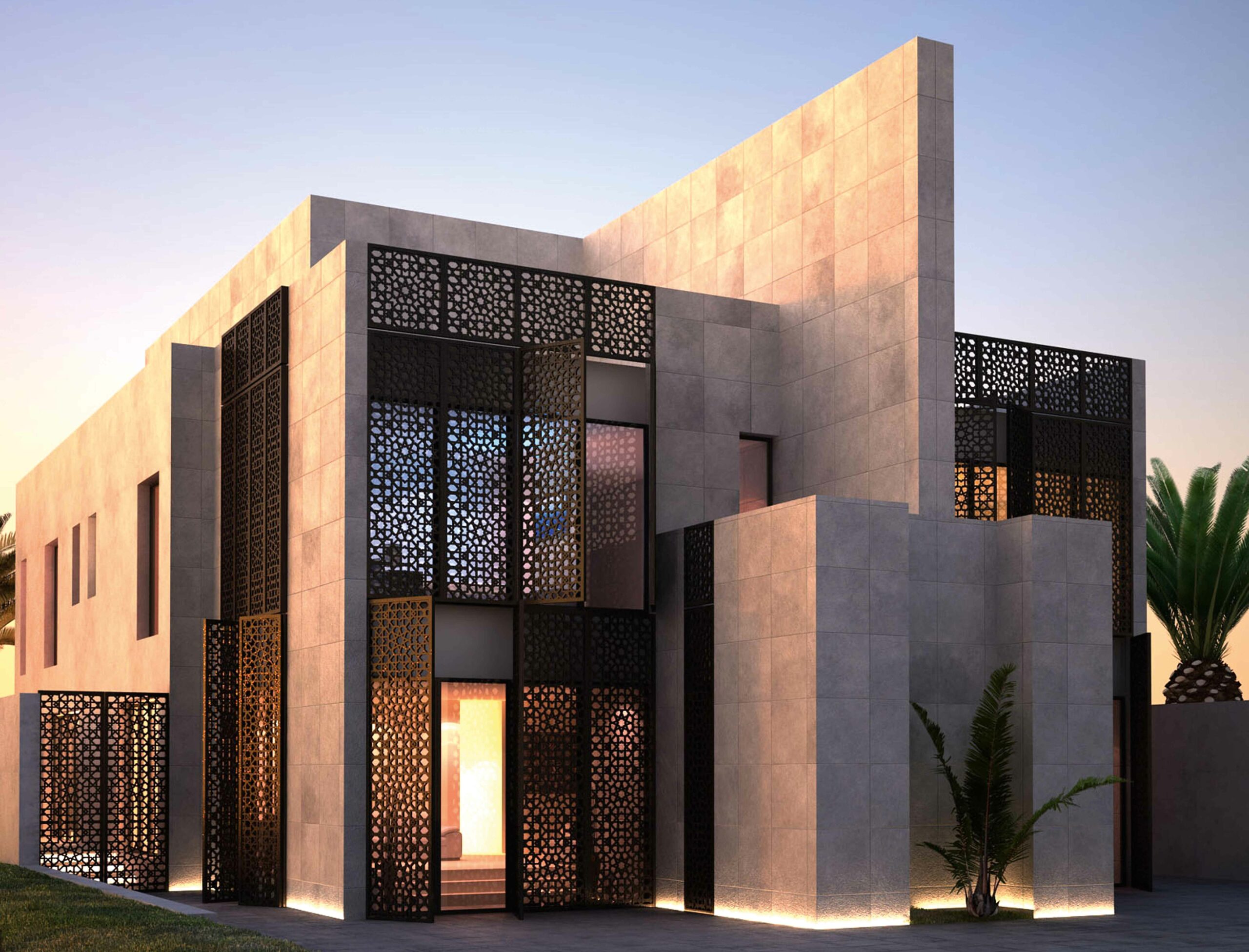 Share on:
All of the target sectors set to float the post-hydrocarbon economy have a knock-on effect on construction. Therefore, the impact of low oil prices stands to be more than mitigated in the decades to come.

Amid deflated oil prices, the government of Saudi Arabia has launched a 2016 budget of spending cuts, a rethink on subsidies, and privatization of key assets, as well as a radical land tax that will prove catalytic to the construction sector. Yet anticipating spending of $224 billion, the budget foresees another hefty fiscal deficit of $87 billion, just shy of the 2015 figure. In consequence, the government’s National Transformation Plan 2020 has determined which construction projects are essential to the economic diversification that underpins the overarching Vision 2030.

According to Denton’s forecasts, in net terms contractor awards in the building, infrastructure, and energy sectors are calculated as declining from $60.6 billion in 2015 to $55 billion in 2016. Indeed, new letters of credit opened for building material imports in 2015 were at $4.7 billion, a solid 28% percent down YoY, foretelling slower sectoral performance in 2016. Yet opportunities abound with the right public-private mix, not least as the Kingdom will need around 3 million new housing units by 2025 to keep pace with population growth, likely to reach 37 million over the next decade. Construction’s stake in GDP in the Kingdom fell to SAR31.369 billion in 1Q2016 from SAR31.741 billion in 4Q2015. The figure had averaged at SAR27.446 billion in the 2010 to 2016 period, peaking at SAR32.001 billion in 3Q2015 and troughing at SAR21.969 billion in 4Q2010.

For 2016 the infrastructure sector alone will see a climb in contractor awards from $5.37 billion in 2015 to $10.95 billion in 2016. And according to the 2016 Ventures Onsight KSA Construction Market report, when adding the Kingdom’s building sector, the two are forecast to attract the greatest value of contractor awards in 2016, at $30.5 billion. The report indicates that among the sectors seen as mainstays of a diversified economy, the construction sector is likely to see the largest average salary rise, at 10%, to attract more Saudi nationals. And as the Kingdom’s most vibrant city, roughly 857 projects valued at $19.7 billion are scheduled for Jeddah alone.

A telling example from the commercial delusion of “too big to fail” comes in the form of construction behemoth Saudi Oger, owned by the family of erstwhile Lebanese Prime Minister Saad Al Hariri. Trade Arabia has carried the story of government talks on a potential takeover of the conglomerate, which has floundered on sector deceleration. This effective nationalization attests to the massive financial commitments required of megaprojects and their susceptibility to commodity fluctuations, precisely the scenario that Saudi Arabia is fervently working to leave behind.

Tough times demand lateral approaches, and this approach is made manifest in The National Transformation Plan 2020. The Plan first and foremost seeks to slash the public payroll and boost the private sector’s role in education, healthcare, and power, the latter notably through the prospective landmark privatization of national oil company Aramco. Other essential steps may prove less popular, though more beneficial to the broader economy, and construction specifically. For one, the government intends to free up for developer usage the 4 million sqm of land it owns around Mecca, acknowledged as the world’s priciest real estate. Furthermore, the Kingdom intends to boost Islamic tourism to its holy sites from today’s 18 million annual visitors to 35-45 million by 2020. It is no great leap of the imagination to conclude that the common denominator among these policies is additional real estate to house, educate, provide utilities and commercial facilities to, and meet the medical needs of the Kingdom’s swelling population, as well as accommodate tourists.

The Kingdom is committed to constructing 1.5 million affordable homes over the next eight years or so. Yet rather than inflate the deficit further, local capital markets are set to play a part. Accordingly, the regulator, the Capital Market Authority (CMA), in August 2016 was formulating the basis for exchange-listed real estate investment trusts (REITs) to render the housing sector an appealing investment proposition for private investors. According to Reuters, to ensure that all-important liquidity does not flee the economy, current draft regulations stipulate that REITs, which will also deal in commercial, industrial, and agricultural real estate, may not invest over 25% of their assets beyond Saudi Arabia.

Saudi Arabia is renowned as a tax-free nation. Yet as needs must, a new “White Land” tax will shortly free up land for development otherwise tied up as speculative assets. Up to a massive 40% of land within major cities remains undeveloped, according to Gulf Business. The proposed 2.5% tax will be levied annually on the total value of undeveloped land, thereby opening the field for private sector involvement as land becomes free, with any resulting revenues channeled into government housing projects without troubling the deficit. Official data forecasts that the tax could ultimately reduce market prices in provincial Saudi Arabia by up to 40%, greatly stimulating private sector demand.

Cement production, among other building materials, is a key indicator of construction sector health. Of note, the Ministry of Commerce and Industry has confirmed the allocation of SAR3 billion for the construction of up to four cement plants over the coming three years. This does not mitigate the immediate climate of weaker performance, and according to Jadwa Investment data, while cement sales grew by 8.7% in 2015, compared to 2.5% in 2014, annual steel production slipped 6.7% in 2015. And according to the World Steel Association, in June 2016 steel production shed 390,000 tons from 405,000 tons in May 2016. Local production had averaged at 296,800 tons between 1988 and 2016, peaking at 558,000 tons in January 2015 and troughing at 7,000 tons in June 1998. Meanwhile, as of March 2016, the price of polystyrene, a vital insulation element used in rockwool, had fallen by 20% to 30% YoY. Meanwhile, the Saudi Arabia Construction Equipment Market (2015-2021) report anticipates construction machinery sales in the local market soaring by over 50% by 2021, as megaprojects comprising the estimated $4 trillion of investments required to retool the economy away from oil materialize. This amounts to a CAGR of 8.8% 2015-2021.

Among notable residential schemes are the Abraj Kudai Development, a mixed-use development in Mecca valued at SAR13 billion. It features 12 towers ranging in height from 30 to 45 stories. Then, symbolizing the Kingdom’s international prowess, the Kingdom Tower in Jeddah, valued at $1.2 billion, will become the world’s tallest building, in excess of 1km in height once completed in 2019.

The new $4 billion terminal complex is the centerpiece of the King Abdulaziz International Airport, valued at $7.2 billion. It features the world’s tallest control tower, at 135m. Meanwhile, the King Khalid International Airport Terminal 5 is part of a broader expansion of the airport that will boost capacity from 14 million to 24 million passengers. In the city proper, the Riyadh Metro network, valued at $22 billion, is the world’s largest infrastructure project, and set to open fully in 2018. And in Jeddah, the $8.5 billion metro scheme features three lines, the largest, at 67km, featuring 22 stations and connecting Mecca Road with Obhur, while the Blue Line with 17 stations is to run from the new King Abdulaziz International airport to the Old Airport Road. The third, Green Line, measuring 17km will have a branch line to the old Jeddah airport when completed in 2020.

The retail sector is robust now that the government has lifted restrictions on foreign investment, aware of the demand from its young and growingly affluent population. In the most populous city of Riyadh, retail is projected to expand by 45% over the next three years as foreign retailers increasingly enter the dynamic market.

When completed in 2024, the 22-year Jubail II project valued at $80 billion will double its local population. Its 100 industrial plants, 800,000cbm desalination plant, railways, and highways will connect an oil refinery of a daily capacity of 350,000/bbl.

Aside from its growing pilgrimage tourism, the Kingdom is aware of its broader international appeal in the heritage hospitality segment. Indeed, as of August 2016, the Rina Group’s engineering consulting company D’Appolonia is devising plans working for a new five-star heritage hotel in Riyadh’s historical Samhan District of Ad’Diriyah. This scheme, located within a UNESCO buffer zone, envisages reproducing the historical features of Samhan’s ancient settlement and was selected by the Saudi Commission for Tourism & National Heritage (SCTNH). It will feature a souk showcasing traditional construction techniques. The latest figures indicate that the hospitality and tourism sector will grow at a CAGR of 8.8% in the 2015-2021 period.

As the Kingdom recovers from deflated oil prices, it has taken long-term steps to promote the non-hydrocarbon economy. Construction is at the heart of prospective developments that will leverage more accommodated private-sector participation in key subsectors such as education, healthcare, retail, and transport infrastructure. And meanwhile, revenues raised from the taxation of unproductive land will enable further government housing development.