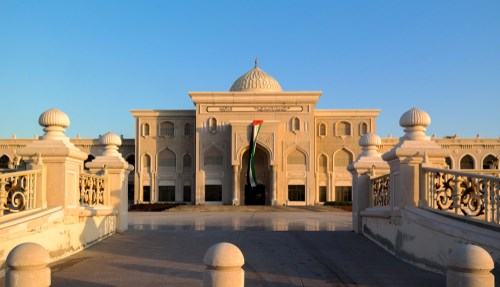 Share on:
Universities in Sharjah are having their students get a sense of a real work environment before leaving university.

Study after study in the field of education is pointing at the fact that gaining hands-on experience both inside and outside of the campus is a crucial step in the learning process. Western philosophers of education from John Dewey to David Kolb have stressed the importance of “learning by doing” in different ways, while Middle Eastern people have always regarded apprenticeships as a character building experience and crucial to attaining mastery of a craft.

But perhaps the importance of practical learning is best summarized by the University of Chicago’s Nancy Laura Stokey as “the force behind sustained growth.” The experience of the practical-minded East Asian and Nordic education systems is indeed suggestive of a link between hands-on learning and the sustainable growth of the economy.

In most of the world, however, a growing gap has appeared between academia and the real world of industry, business, and professional life in general, with undesirable consequence for both the employers who quite often find themselves with no choice but to retrain their newly recruited workforce and the graduates themselves whose self-esteem suffers greatly upon realizing that a world of difference lies between what they have learned at university and the demands of the job market.
Having realized this fact, the UAE’s higher education system has given a higher priority to the hand-in-hand development of theoretical knowledge and practical know-how among students, and Sharjah’s universities are doing their best to stay ahead of the curve.

For instance, the University of Sharjah, founded in 1997 by Sheikh Sultan III, has integrated internship programs in its curriculum. The university makes it clear in its prospectus that hands-on learning lies at the core of every program it offers, adding that work-integrated learning “reflects the university’s mission and objectives of promoting education, science, and knowledge, in cooperation with community organizations, through practical training on the ground.”
The university, as part of its regular practices, introduces its students to real work environments, giving them a chance to test the waters before actually taking the plunge into the unforgiving world of serious business and industry. The university maintains ties with a long list of internship partners, so that students can choose their preferred place of internship in accordance with their field of study.

The list published by the University of Sharjah’s career advising and student training office for those enrolled in programs offered by the college of business and administration includes well-known brands based not only in Sharjah but across the UAE such as Etihad Airways, Bank of Abu Dhabi National, Dubai Airports, Al Qassimi Hospital, and the Ministry of Health & Prevention (MOHAP), just to name a few.

Meanwhile, those studying at the university’s college of engineering have the opportunity to come into contact with the real world at prestigious international companies such as IBM or Motorola Solutions, among hundreds of other names. Such an opportunity should not be taken lightly, as not many universities in the world currently have the means to give a similar opportunity to their students.

In the general scheme of things, however, the present practices of the University of Sharjah are similar to its Western counterparts. The British Columbia-based Simon Fraser University, for example, defines internship and experiential learning as “the strategic, active engagement of students in opportunities to learn through doing, and reflection on those activities, which empowers them to apply their theoretical knowledge to practical endeavors in a multitude of settings inside and outside of the classroom.”

No less importantly, however, the University of Sharjah expresses its hope that, over their internship period, its students will be familiarized with the specific culture and ethics of the work environment which can, at times, differ with the campus culture, and hone their team work skills.

An early exposure to the reality of the job market may be an eye-opening experience for many undergraduates, giving them a chance to adjust themselves while they still have not lost touch with the university, and steer their education in a direction that will suit them better when they finally graduate and enter the world of business, presumably for a lifetime.

The Emirate’s other notable university, the American University of Sharjah (AUS), has taken a similar stance on work-integrated learning. Since 2016, most students enrolled in the university’s programs have to “complete an internship to fulfill their graduation requirements.” Students admitted to the university’s popular undergraduate business administration program, for example, go through a 480-hour business practicum, which lasts for 12 weeks.

In 2019, the American University of Sharjah joined the highly selective Bloomberg Experiential Learning Partner Program (ELP)—an initiative designed by Bloomberg to promote experiential learning across the disciplines of finance and business.
The program entails the inclusion of certain practical courses developed by Bloomberg in the university’s curricula. Professor Jörg Bley, dean of AUS’ school of business administration, believes the school’s students “have a real advantage when entering the workforce upon graduation” as the similarity between the financial education offered at AUS and the real nature of the business world makes AUS’ graduates highly popular with future employers.

To let their graduates showcase their apprenticeship history and create the right impression, some Sharjah-based universities have launched e-portfolios or digital records for practical training, which will act as an archive for documenting the real-world experiences of a student. The digital record, which also contains multimedia contents can later be shared with potential employers.

Technology plays a further role in facilitating the procedure of internship; in case a university or college fails to put its students in contact with their preferred company for internship, a number of third-party services have emerged whose purpose is linking the students with companies offering internship in the UAE and beyond.

Such students can also attend internship and career fairs held by Sharjah-based universities before committing themselves to make sure that they do not miss out on this once-in-a-lifetime opportunity.