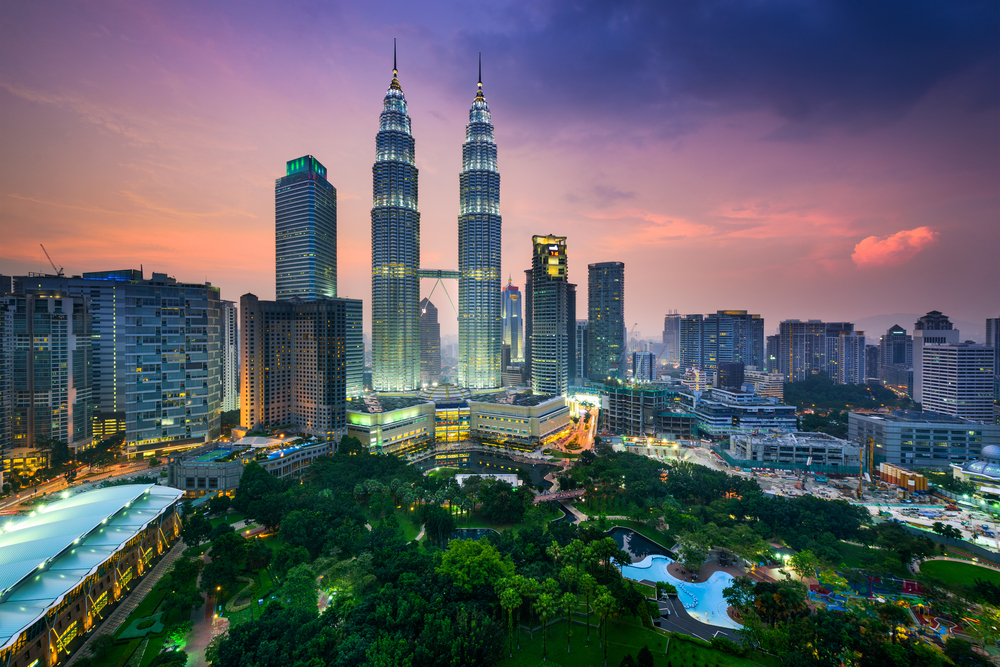 Share on:
Malaysia has established its position as the global leader in Islamic finance, and after 30 years of responsible banking, its vibrant sukuk sector has matured with a diverse set of industry players.

For several decades, Malaysia has been rising as global leader in Islamic banking and finance. The Southeast Asian nation’s ability to innovate and introduce new sharia-compliant financial services has earned Malaysian bankers accolades from around the world and its dominance in the sukuk market, an Islamic banking certificate similar to bonds, ensures the nation will be a trailblazer in responsible banking for decades to come.

In 2018, Malaysia maintained its position as the world’s top issuer of sukuk loans, representing 51% of the USD396 billion of international outstanding sukuk loans that year. At the same time, the nation has continued to lead the Islamic wealth management industry with 36.5% of the global share at the end of 2017. Deputy Finance Minister Datuk Amiruddin Hamzah noted the achievement during the Global Islamic Finance Forum 2018 in Kuala Lumpur.

“Since its inception over 30 years ago, Islamic finance has become more vibrant with a diverse set of industry players which included legal, accounting, technology and rating companies, as well as commodity trading platforms,” Hamzah told the forum audience on October 3, 2018. “The financial institutions and professional ancillary service providers in Malaysia have vast experience and are instrumental in facilitating the growth of the industry beyond our national border.”

Sukuk securities were developed as an alternative to conventional western bonds, which are considered to infringe on the Islamic principle that one must accrue interest from financial transactions. Instead, the sukuk market is generally based on investments involving tangible assets that avoid un-Islamic activities such as alcohol, gambling, and pork. In 1990, one of the first modern applications of sukuk, worth MYR125 million (USD30 million), was issued by the gasoline company, Malaysia Shell MDS.

Since then, Islamic banking and finance has undergone rapid growth in the nation. Whereas Islamic banking accounted for 7.1% of the financial sector in 2008, the figure shot to 28% by 2016. Currently, the government has expressed intentions to expand Sharia-compliant banking to over 40% of the financial sector by 2020. Malaysia is one of just seven countries—the others being Bahrain, Iran, Kuwait, Qatar, Saudi Arabia, and the UAE—where Islamic Banking is growing significantly.
To continue this ambitious growth rate, Amiruddin said the country’s banking sector would spearhead a number of innovative developments in global Islamic finance, including the issuance of the first Sustainable and Responsible Investment Sukuk (SRI) and the environmentally responsible Green Sukuk, as well as the Investment Account Platform (IAP) and the Waqf Fund to develop Muslim economies.

The proliferation of issue-specific sukuk options allows investors to have more choice over how their financial assets are being used. For example, proceeds from the Green Sukuk will be used to fund specific environmentally sustainable infrastructure projects or renewable energy installations.

Such initiatives are designed to curtail or limit the profitability of financial practices that may negatively impact a community, business sector, or the environment. More broadly, sharia-compliant financial contracts tend to support positive societal projects while including risk-sharing instruments and social solidarity instruments such as sadaqah (charity) and waqf (endowment) to promote greater financial inclusion and societal harmony.

Historically, Malaysia has been a leader in developing innovative savings, credit, and investment instruments in line with Islamic principles, and by encouraging the growth of the sukuk sector, officials hope to extend Islamic banking opportunities to Muslims living in countries where banking and financial services are limited. According to the 2014 Global Findex, just 29% of adults in Muslim-majority nations reported having a bank account, well below the world average of 62%. Through a growing network of socially responsible sukuk offerings, the Malaysian banking sector aims to build a more inclusive financial environment for Muslims around the world.