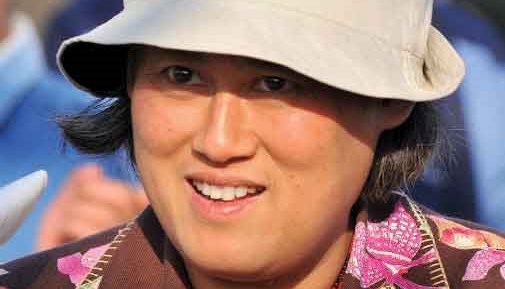 Share on:
Under the leadership of Her Royal Highness Princess Maha Chakri Sirindhorn, Executive Chairperson of the Chaipattana Foundation, Thailand's monarch has carried out decades of development work with the motto, “Keep It Simple.“

While Thailand is a constitutional monarchy in which the Prime Minister serves as head of a parliamentary government and the hereditary King acts as head of state, the monarchy commands the utmost respect in the country thanks to its active role in the eradication of poverty and the promotion of social and economic development. One of the principal vehicles for the promotion of royal development projects is the Chaipattana Foundation, which was founded in 1988 under the auspices of His Majesty King Bhumibol Adulyadej. Laying out his ambitions for the Foundation, King Bhumibol envisaged an organization that would serve to provide prompt, timely, and necessary responses to the problems most affecting the Thai people by implementing a range of development projects.

Under the leadership of Her Royal Highness Princess Maha Chakri Sirindhorn, the Chaipattana Foundation plays an integral role in some of the most exciting development projects in the country, touching almost all sectors of the economy. One area in which the organization is especially active is agriculture, which remains the economic backbone of rural Thailand. These projects include the enhancement of production inputs such as soil, water, farmland, capital, and agricultural knowledge, as well as the conservation of natural resources and the environment.

w projects that benefit the population at large. One such initiative, the Kasornkasiwit School, is a training school for water buffalo, which are a low-tech alternative to tractors in agriculture production. The school also teaches their owners and the public about working with buffalo. The school is also a center for general information on traditional production techniques and the simpler lifestyle being promoted as part of His Majesty the King’s “Philosophy of Self-Sufficiency.”

The Chaipattana Foundation development projects have often eschewed complexity and the use of costly equipment in favor of simple and low-cost solutions. The organization is careful not to overlap with other government development initiatives, thereby avoiding any waste of resources. In a 1996 speech His Majesty explained that, “in the Chaipattana Foundation’s work, prompt actions are necessary because problems need to be tackled immediately… Such actions cannot be carried out by a government due to its complicated rules and regulations which may prevent proper and timely solutions to the problems… The Foundation implements the projects as an example, and if a government views that these projects are worthwhile, it can carry on with the implementation, or it can also apply our approach to its own projects.”

With such a vital agricultural sector, His Majesty the King’s maxim “Water is Life” is a recognition that water is a basic necessity of life for humans, animals, and plants alike, especially in rural areas of the country. His success in bringing potable water and irrigation solutions to low-income farming regions is well known. Over recent decades, the foundation has introduced simple yet effective water management for agriculture, solving security and drought reduction issues as well as implementing systems for the treatment of wastewater.

The Foundation has also created access to water resources by building reservoirs, dams, and ponds for farmers in agricultural areas as part of His Majesty’s initiatives for solving water shortage problems. These developments have allowed farmers to cope with the dry season. One project in particular, “Monkey Cheek,” exemplifies the value of using simple solutions to mitigate flooding. The project consists of canal excavation system along the coastal areas of the Chao Phraya River. These canals serve as reservoirs that then drain floodwaters away using gravity and tidal flows.

This introduction of this system of flood prevention can be traced back to 1995, when a devastating flood hit Bangkok. During the aftermath, the King advised the Bangkok Metropolitan Administration to dig massive ponds to temporarily accommodate runoff—ponds which resemble amonkey’s sagging cheek—and drain floodwater away from urban areas. In subsequent decades, this strategy has become a widely implemented, cheap, and environmentally friendly method for managing water levels and combating both flooding and drought.

Water quality around the Petchaburi Province and other areas scattered across the country have improved. The conservation of biodiversity has also been developed through a relationship established between the community and the environment. As a result, these simple natural methods and the LERD Project have gained international recognition. The LERD Project attracts visitors from round the world that come to study His Majesty’s initiatives in this area. The project also collaborates with several academic institutions on both national and international levels.

The Chaipattana Foundation, together with the Kasetsart University Faculty of Environment, collaborates on research projects and experiments to further develop these natural methods and enhance their effectiveness. Together, they organized the first International Conference on Environment, Livelihood and Services (ICELS) in 2015. Her Royal Highness graciously presided over the opening ceremony. Moreover, the foundation is preparing the LERD project to become a training center where both domestic and international academic institutions as well as the general public can participate.