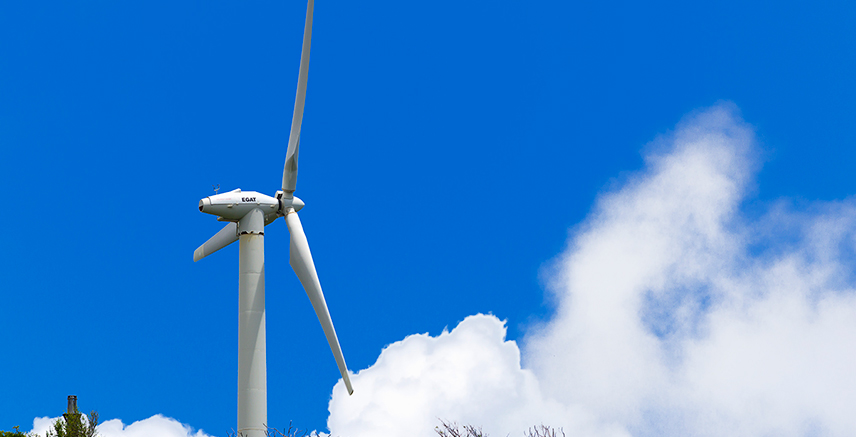 Joule In the Crown

Share on:
Amid swift economic growth, Thailand is pursuing wholesale economic revitalization that includes its energy matrix to cope with future demand from a rising, and a wealthier population.

Thailand’s economic acceleration is confirmed in a consistent and steep rise in energy consumption and dependency on imported fuels, subjecting it to the vagaries of international commodity price fluctuations. Tellingly, the price of GDP rising by 3.6% per year in 2005-2010 spelled a rise in primary energy demand of 4.1% per year by official count. Electricity consumption per capita in 2015 was at 2,660 KWh per person, up from 2,590 KWh in 2014, and just 1,416 KWh in 2000. And while energy imports for 2015 claimed 12.6% of the total, down from 2014’s 18.4% due to lower world commodity prices, this is a figure the government wants to address. State energy policy, therefore, is defined by the three core tenets of security, affordability, and environmental sustainability. Of note, in 2013 CO2 emissions per energy consumption, at 1.96 tons of CO2 per KTOE, was below the 2.40 tons of CO2 per KTOE world average in 2013. And regarding energy diversity, in 2015, Thailand, along with China and Indonesia, became the first Association nations of the International Energy Agency (IEA), a platform that promotes cooperative environmental solutions to national energy requirements through effective market design. Energy efficiency, then, is a core consideration, which has been pursued through the privatization route and renewables.

Spanning the period of 2015-36, Thailand’s Energy Efficiency Plan (EEP) sets the pace and tone of electricity security to meet projected demand growth, and minimize state investment. The goal is ambitious indeed. Thailand aims to save close to 90 terawatt hours by 2036, down 30% on 2010. This will require both infrastructural innovation and heightened public awareness of energy conservation. Moreover, the Alternative Energy Development Plan (AEDP2015) envisions solar photovoltaics (PV) comprising the lion’s share of planned renewable generation (6,000 MW), followed by biomass (5,570 MW), and onshore wind (3,000 MW), which, ceteris paribus, stands to triple Thailand’s renewable capacity by 2036.

The Thailand Energy Report 2015 published this year by the Energy Policy and Planning Office, tasked with presenting energy policies, including the Power Development Plan, as well as energy management, paints a comprehensive portrait of the current state of affairs.

The Electricity Generating Authority of Thailand (EGAT) is Thailand’s prime state-owned, vertically integrated utility at the heart of electricity generation and transmission. In the interests of investment and competition, the Ministry of Energy (MoEN) has curbed EGAT to owning less than 50% of total capacity. Today it owns 48% of the nation’s overall generation capacity and holds exclusive rights to buy electricity generated by independent power producers (IPPs) and small power producers (SPPs) for sale to its distribution companies. As at YE2015 generation power in the electrical system stood at 38,815 MW, excluding the production of electricity from Very Small Power Plants (VSPP). Electricity production was at 192,189 GWh (including VSPPs), up 3.3% YoY. The fuel sources used to produce the Total Primary Energy Supply (TPES) are natural gas and renewable energy.

A key generator, and champion of Thailand’s private sector drive, is the Electricity Generating Public Company (EGCO), which has invested in power plants predominantly in Thailand, but with 23 overall on a footprint of five countries. The energy holding company boasts a combined capacity of over 3,700 MW. EGAT holds at 25% stake in EGCO, which became a public company in 1994 and was listed on Thailand’s Stock Exchange (SET) the following year. It posted a cool consolidated net profit of THB3.8 billion in 2015 (2Q2016 TBH2.4 billion).

Hot weather in 2015 may have boosted electricity consumption 3.7% YoY to 74,834 GWh, but of course, a broader factor in energy demand is GDP growth. The OECD forecasts GDP growth averaging at 3.6% per year in 2016-2020. Expansion of the industrial and commercial sectors, notably tourism and construction, looms large in the equation. Looking ahead, according to the IEA, energy demand growth is set to persist over the coming two decades. In the scenario where GDP rises at an annual average rate of 4.2%, Total Final Consumption (TFC) is forecast at 151 Mtoe. Yet increased energy efficiency, the bedrock of Thailand’s grand energy plan, will likely see demand (2.7% average annual growth) fall short of TFC growth. In this growth model, the IEA puts peak demand in 2020 at roughly 34,808 MW, and in 2030 at 44,424 MW.

Oil is Thailand’s primary energy source at 39.3% of TPES by 2013, followed by natural gas (28.2%), bioenergy, biofuels and waste (18.4%), and coal (12.9%). In 2015 the refineries’ self-consumption increased to 50.6% due to excess LPG from other sectors of the economy. Natural gas-fired generation, at two-thirds of Thailand’s total, is notably contingent upon imports from Myanmar. Yet according to the ICA, that nation’s own industrialization and suppressed domestic demand will likely curb the amount of energy it can export going forward. Partly to address this, the gas supply infrastructure, including gas pipeline networks and LNG import terminals, are being enhanced. The overarching goal is to sustain domestic production by curbing the gas production depletion rate in the Gulf of Thailand by 40% per year. Domestic production of natural gas in 2014 was at 4,073 million cubic feet, falling to 3,852 million cubic feet in 2015, where imports rose to 1,262 million cubic feet from 1,025 million cubic feet in 2014. Consumption was at 4,764 million cubic feet per day in 2015, up 2% YoY. The power sector is the biggest natural gas user at 70.6% of the total, where the outstanding balance goes to industrial use, transport, and downstream petrochemicals. Total demand is projected rising by an average annual rate of 1.1% to 2036. Coal production and hydro-energy imports are expected to replace some industrial demand over the period. By official figures roughly 80% of natural gas-fired generators feature fuel-switching capability, where fuel oil or to diesel can replace natural gas. These plants are obliged to confirm this ability by using alternative fuel for at least consecutive days. Today Thailand is looking at around 30 years of coal reserves. In 2015, the supply of lignite/coal, at 37.1 million tons, had slipped 4.7% YoY. Coal imports rose 4.8% YoY to meet higher demand from industrial, while lignite consumption, down 17.8% YoY, was at 15.1 million tons. In 2015, imported coal consumption was up 5% YoY to 21.9 million tons. Industry is the prime consumer, its usage rising 11.4% YoY due to a reduced use of lignite. Under the state’s current plan, the share of gas-fired generation is set to diminish from 65% to 37% by 2036, while that of coal-fired generation will climb 3ppt form the current 20%. The share of domestic renewables is estimated doubling from 10% to 20%, with imported hydropower climbing from 8% to 15%.

Thailand’s Alternative Energy Development Plan (AEDP) is shooting for 30% of final energy consumption being met from renewable energy sources by end-2036. This entails 20 GW of installed capacity by that year, sufficient to bear roughly 20% of the national total. The nation first commissioned solar photovoltaic (PV) and wind generators back in 2006. Today renewable energy accounts for 8.5% of generation, chiefly derived from biofuels and waste (4.2%), domestic hydropower (3.5%), and solar and wind (0.8%) as of 2015. Solar electricity production had reached 1,080 GWh in 2013. And meanwhile, hydropower claims 3.5% of domestic installed generation capacity. The 2015 Alternative Energy Development Plan has earmarked 200 MW of new hydroelectric capacity, exclusively from small hydro facilities.

Thailand is key to an ASEAN pilot scheme to initiate cross-border power commerce from Lao People’s Democratic Republic (Lao PDR) to Singapore under the Lao PDR, Thailand, Malaysia and Singapore (LTMS) Power Integration Project (PIP), a component of the ASEAN Power Grid (APG). The project (postponed for six months in September 2015), evaluates the potential for cross-border power deals of up to 100MW from Lao PDR to Singapore through existing infrastructure, which given that such trade would necessarily traverse Thailand is significant in terms of distribution network capability.

Economic advancement is an energy-hungry affair, and Thailand has in place the policies required to turn this reality to its advantage over the coming decades.