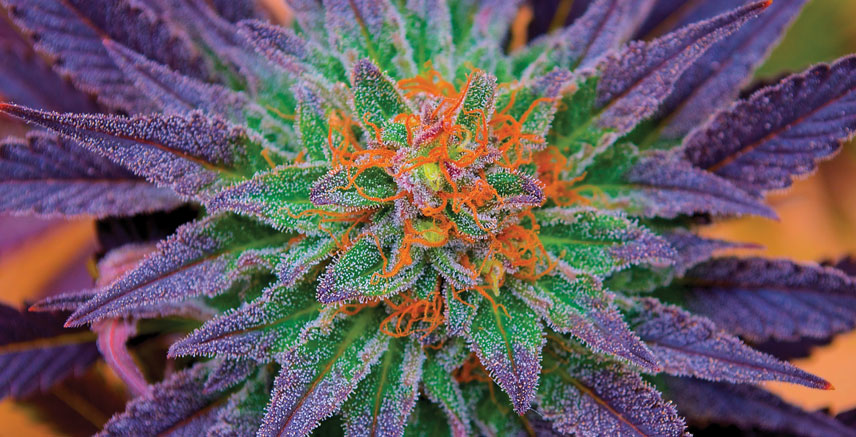 Share on:
As the medical cannabis sector grows in Colombia, researchers are innovating cultivation methods while experimenting with new pharmaceutical products.

Seeing an opportunity to become a leader in this rapidly-developing market, former Colombian President Juan Manuel Santos passed legislation legalizing medicinal cannabis for domestic use and export before leaving office in 2018.

State and business analysts predict the move will not only diversify the nation’s oil dependent export economy, but also create new high-wage research and pharmaceutical jobs. Several dozen Colombian enterprises have taken note and are now investing in research to boost crop production and develop new methods to isolate medicinal compounds, which are increasingly being sought out on the international market.

To help develop the sector, ProColombia, the state export promotion agency, is offering domestic producers government assistance, estimating the country can capture one-fifth of the international medicinal cannabis market in the coming years. Smart, targeted distribution of state resources could reshape the local economy as the pharmaceutical cannabis sector is expected to grow to USD58 billion by 2025.

The Colombia-based Clever Leaves, a vertically integrated licensed producer of pharmaceutical medical cannabis, is among several cultivators looking to stake out a leading role in developing the sector.

With over 10 million square feet of arable land, Clever Leaves aims to produce 30,000,000 ml of full spectrum cannabis oil per year, the main compound used in medicinal products. To achieve sustainable commercial production, the company has focused on innovation along every step of the value chain from soil preparation to plant genetics, as well as environmentally friendly water use — 90% of which is collected rainwater channeled through a state-of-the art irrigation system pioneered in Israel.

Clever Leaves is directing resources towards scientific research, which so far has helped the company develop plant genetics for 150 different cannabis strains with the goal of maximizing the health benefits of cannabis compounds for patients in need, while also boosting the resiliency of plant species, boosting their adaptability within Colombia’s environmental conditions. In addition, to derive oil extracts from cannabis plants, Clever Leaves has developed CO2-based technology using one of the world’s six existing laboratories employing the method for commercial output.

Yet despite increasingly favorable legislation for pharmaceutical cannabis and the growing commercial sector, an education gap remains between producers and the public.

“Roughly one scientific article is published per day, so we know a great deal about the plant and how the system works, however, most physicians do not learn about the endocannabinoid system or medical cannabis in university. The patients learn from the internet or by word of mouth, which is a huge problem,” Ana Valencia, medical director for Clever Leaves stated in an interview with TBY.

To bridge this gap, companies such as Clever Leaves are partnering with the medical institutions to help reduce misconceptions towards the plant’s medicinal benefits. Clever Leaves is currently working with Bogota’s Méderi Hospital and the Colombian Society of Anesthesiologists to develop research and educational projects.

Through such collaborations, Clever Leaves has developed a range of online webinars and 90-hour courses taught at the Universidad del Rosario, one of the nation’s most renowned educational institutions.

Despite the popular perception of cannabis as a narcotic consumed through smoke, medicinal cannabis is mostly consumed in oil form, or used via creams and inhalers acquired through doctors’ prescriptions. Such products have been found to treat chronic pain and help patients suffering from symptoms stemming from chemotherapy, multiple sclerosis, and epilepsy.
Medical cannabis can also help patients with post-traumatic stress disorder (PTSD), anxiety, depression, insomnia, epileptic seizures, Parkinson’s disease, and Crohn’s disease.

Colombian cultivators believe medicinal cannabis products could treat as many as 4.5 million patients with cancer, multiple sclerosis and epilepsy within the country.

Export potential in Latin America is also high, as well over 60 million people are known to be suffering from conditions that could benefit from pharmaceutical cannabis.

While the US remains closed to medicinal cannabis imports, Colombian companies are currently exploring export opportunities in Canada, Germany, and Australia.