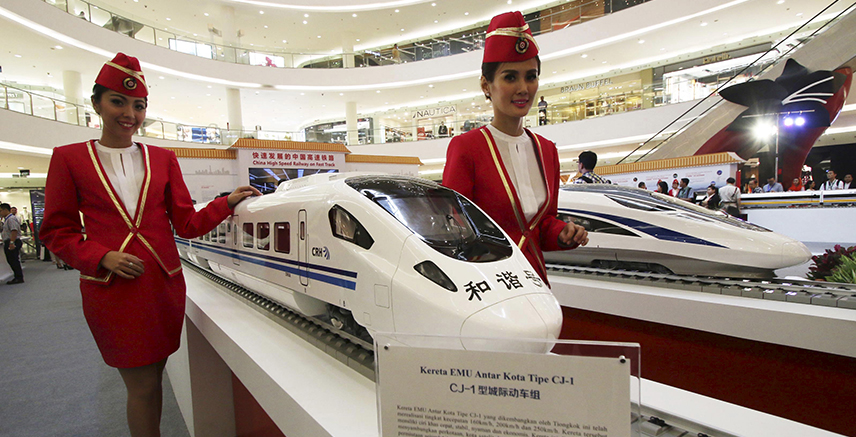 Law of the Land

Share on:
Indonesia's infrastructure boom seems stuck at the starting line with billions in investment idle due to land acquisition issues.

The development of the state-of-the-art 140-km high-speed train from Jakarta to Bandung has unfortunately been anything but high-speed. After president Joko Widodo attended the ground-breaking ceremony in January, little if anything has developed in this billion-dollar project. The consortium leading the project, a joint venture between Chinese and Indonesian companies named Kereta Cepat Indonesia-China (KCIC), has hit a wall trying to acquire the land necessary to build the project.

The implications are vast.

The consortium, which while including mostly state-owned companies is regarded as a private venture, was supposed to hold a 50-year exploration license of the train line once it started operating in 2019. Since the 2019 deadline is unlikely to be met, or any deadline at all if the current rate of progression is sustained, a renegotiation of the contract might be necessary.

This could see the Chinese counterpart of the project taking a 90% share of ownership, up from 60%, changing the 50-year concession start date from the 2019 deadline to whenever the project is finished.

The budgeted amount for finishing the project has risen from USD5.1 billion to USD6 billion, with delay costs mounting. In January 2017, KCIC announced they had secured the acquisition of 85% of the land necessary for the development. In July, the company backtracked to admit they only secured 55% of the land.

This overstatement of progress is thought to have resulted from official pressure for a speedy completion of the project. The Chinese loan that will allow for the bulk of the project’s development will not be disbursed until 100% of the land has been acquired, so funding just isn’t coming through.

Land acquisition issues commonly arise with infrastructure development in Indonesia, as local landowners either refuse to sell their land, afraid of being stripped of their livelihood, or set the prices uncompromisingly high.

While this might seem a trivial issue, it is constraining President Joko’s infrastructure renaissance which aims to tackle what the World Bank estimates to be a USD500 billion investment gap for infrastructure in the country, the highest in the Association of South East Asian Nations (ASEAN). Indonesia’s infrastructure ranked 60th out of 138 nations in the World Economic Forum’s Global Competitiveness Report 2016-2017, a low score taking into account the country’s economic development.

This has a direct impact on competitiveness as companies in Indonesia are forced to spend much more (as much as 17% of their overall running costs) on logistics compared with companies in similar economies in other countries (below 10%).

In addition, a network of thousands of islands comprise the national territory, making for some profound economic imbalance across the country, as cement and rice for instance, are more expensive in Eastern Indonesia than in the West of the country, due to the cost of transportation.

Moreover, in many parts of Indonesia, imported common products, like food and textiles, are cheaper than Indonesia-produced products because they cost less to transport.

The president’s infrastructure focus is well justified, and it is undeniable that economic development would greatly benefit of the construction of 15 new airports, 24 seaports, 3,258km of railways, 49 dams, and over half a million affordable housing units, as inscribed in this administration’s 2015/2019 development plan. However, these land acquisition and financing issues continue to present obstacles.

Despite financial limitations, the government has budgeted a USD353 billion fund to develop infrastructural projects until 2019, of which the state itself will front around USD144 billion, or 41%. 22% is expected to be paid for by state-owned companies.

The country is now looking to attract the private sector to fill in for the remaining 37%.

But while Presidential Regulation No. 38 of 2015 on Cooperation Between the Government and Enterprises in Infrastructure Procurement has greatly clarified and improved the conditions for the development of public private partnerships (PPPs), progress is still stalling.

The provision of guarantees to developers in PPPs through the Indonesian Infrastructure Guarantee Fund (IIGF) has helped reduce the risks involved for private investors.

The signing off of law No. 2/2012 on Land Acquisition for Development in the Public Interest has helped clarify and speed the process up, but the deadlines imposed by the regulation, when extended too their limits, remain extremely lengthy.

Every year, numerous projects either get delayed or canceled due to challenges in land acquisition.

If President Joko’s push for infrastructure is to be successful in overhauling Indonesia’s infrastructure, more needs to be done to comfort landowners and