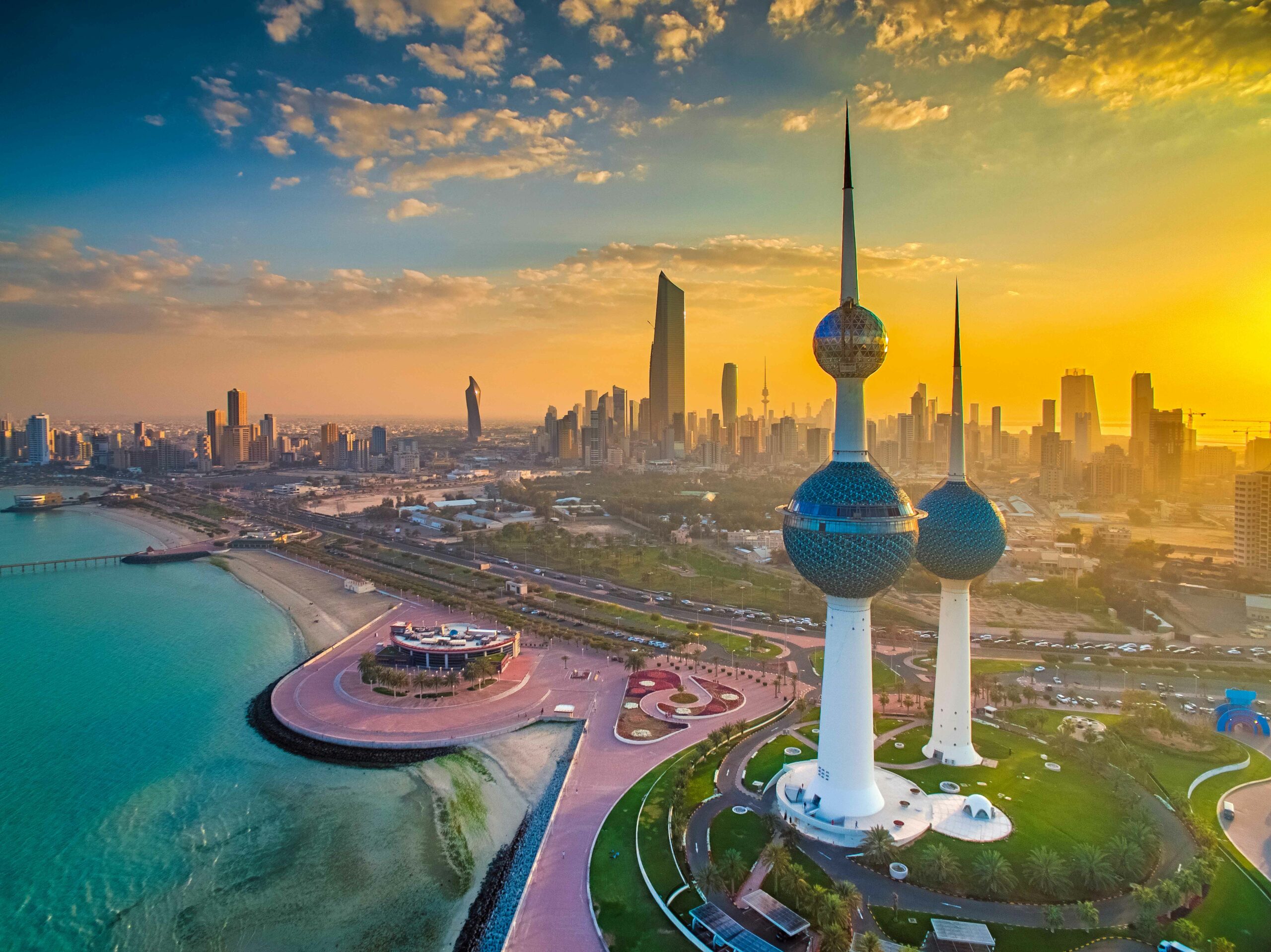 Share on:
Vision 2035 underlines ramped-up private sector growth and the evolution from a consumption culture to one of production. It also envisages a wired-up, smart nation populated by “netizens” rather than […]

Vision 2035 underlines ramped-up private sector growth and the evolution from a consumption culture to one of production. It also envisages a wired-up, smart nation populated by “netizens” rather than citizens. Indeed, industry figures reveal that ICT-related investment in 2015 exceeded USD1 billion, with an estimated sectoral CAGR of 2.4% to 2019. The financial universe has long been a test-bed for technological innovation and a litmus test of public take-up. Certainly, Kuwaitis have taken to digital banking, facial recognition, and contactless payment, while the data era has well and truly taken off on the shoulders of rising smartphone penetration, which had reached 80% by 2015. Uptake is made easier by the low inflation environment enjoyed by Kuwaitis, where CPI rose 1.1% YoY in December 2017. Having peaked at roughly where Turkey is today, at 11.7% in August 2008 as the world economy wobbled, it had seen an all time low of -1.15% a decade earlier in April 1998.

In 2015, Kuwait printed a budget deficit for the first time in 15 years, and the post-oil era has bolstered the drive for diversification. Yet this brief economic overview inevitably orbits around oil, and remaining on the Vision’s prescribed rails for long-term economic sustainability is challenged by persistent oil dependence. Kuwait intends to become a petrochemicals hub, and regarding the likelihood of achieving this, the numbers say it all. Kuwait sits on roughly 10% of the world’s total oil reserves at an estimated 102 billion barrels. It is OPEC’s fifth-largest producer, partnering with Oman in the vast Duqm refinery project, a long-term commitment to the black stuff. In fact, the government plans to up oil production to 4 million/bpd by 2020. Currently, oil revenues account for over 50% of GDP, 94% of export revenues, and 90% of government revenue. Recent oil price recovery has been bitter-sweet. Brent for March settlement surged by USD0.44, or 0.6%, to USD69.26/bbl on the London-based ICE Futures Europe exchange on January 10, its peak since December 2014. This rally, pushing oil prices toward USD70.00/bbl is reportedly disliked by OPEC members, who, anticipating a consequent ramping up of shale production, would prefer a price closer to USD60. Oil, too, has sloshed through Kuwait’s Sovereign Wealth Fund (SWF), which, established in 1953, is currently worth USD524 billion. SWF, which invested in the US, Europe, and Asia, has also cushioned the local financial sector, giving it leg room to extend credit to economy boosting industries, notably diversified SMEs. Bear in mind that Vision 2030 also foresees Kuwait becoming a competitive regional financial hub. The nation’s arrival in the FTSE secondary emerging market category promises to bring the local capital markets an estimated USD4.4 billion of passive flows.

A recent IMF study notes that Kuwait’s non-hydrocarbon growth decelerated from 5% in 2014 to roughly 3.2% in 2017. Nonetheless, it is encouraged by the country’s juicy financial buffers and modest debt burden that allow for public finance reform and the expansion of private sector initiative. This is not optional as today the public sector claims roughly half of Kuwait’s annual budget, where salaries alone account for 19% of GDP. Loans to the private sector averaged at KWD16,899.54 million in 1993-2017, peaking at KWD37,630.90 million in September 2017, with a historic low of KWD14,56.20 million in December 1993. Non-oil growth is estimated to return to the 4% level in the mid-term so long as the government realizes Vision policies and manages to avoid any spillover from regional noise. An estimated 50 infrastructure projects have either begun or are currently on the drawing board. Meanwhile, the radical introduction of VAT in regional countries, including Kuwait, was welcomed, too, as were the prospective termination of fuel and electricity subsidies that will further lubricate perceived “budget rigidities.“

Having shrunk 1.1% in 2017, the economy is estimated to grow 3.5% in 2018. Kuwaiti economic growth will return to positive territory in 2018 owing to increasing oil production and robust government investment, according to a new report by BMI Research. Kuwait is foreseen upping its oil production by stepping away from the more rigid quotas OPEC members opted for last year.

Kuwait will need to reverse certain tendencies and consequent rankings for its private sector to achieve the goals set for it. Today, Kuwait has meager status in the World Bank’s Ease of Doing Business index, sitting at 102 among 190 countries. Moreover it languishes at 173 by the “starting a business“ indicator, which can only spell red tape. Vision 2035 is set to create commercial ecosystems to systematically nourish entrepreneurs across vital sectors conducive to start-ups from the vast SME universe. Note that overall FDI in Kuwait rose by KWD20 million in 3Q2017. It had averaged at KWD78.05 million from 2012-2017, peaking at KWD721 million in 4Q2012, with a historic low of KWD19 million in 1Q2016.

As of 2018, 89.6% of Kuwait’s 4,170,482 population is urbanized, with a median age of 33.5, presenting a tangible advantage over the aging populations of the West. Vision 2035 therefore seeks to galvanize Kuwaiti citizens’ participation in the private sector by reducing the huge ratio of foreign expatriates in the population from 70 to 60% by 2030. Deep-rooted tendencies, however, need to be eroded to achieve this. For one, close to 95% of Kuwaitis are employed by the state. This region-wide endemic problem has proven unsustainable, leading to the various “…ization” projects within the GCC. Kuwait also has over 129,000 expatriates without residency permits, and certain lawmakers have recently questioned the government’s commitment to Kuwaitization of the workforce. This January saw a non-confidence motion filed against Minister of Social Affairs and Labor Hind Al-Sabeeh on grounds of having perpetuated Kuwait’s demographic imbalance. On a related imbalance note, Kuwait will look to improve gender imbalances going forward. Sector data shows that today 64% of women have a bank account, compared with 79.3% of men.

In late December, Dr. Taleb Rifai, the Secretary General of the UN World Tourism Organization (UNWTO), a champion of responsible development of the sector, called on Kuwait to take tourism to the next level. Indeed, this non-oil branch of the economy has both a cultural and retail offering. And in fact, while oil is simply too big to overlook, it has ultimately facilitated liquidity-enabling economic diversity.