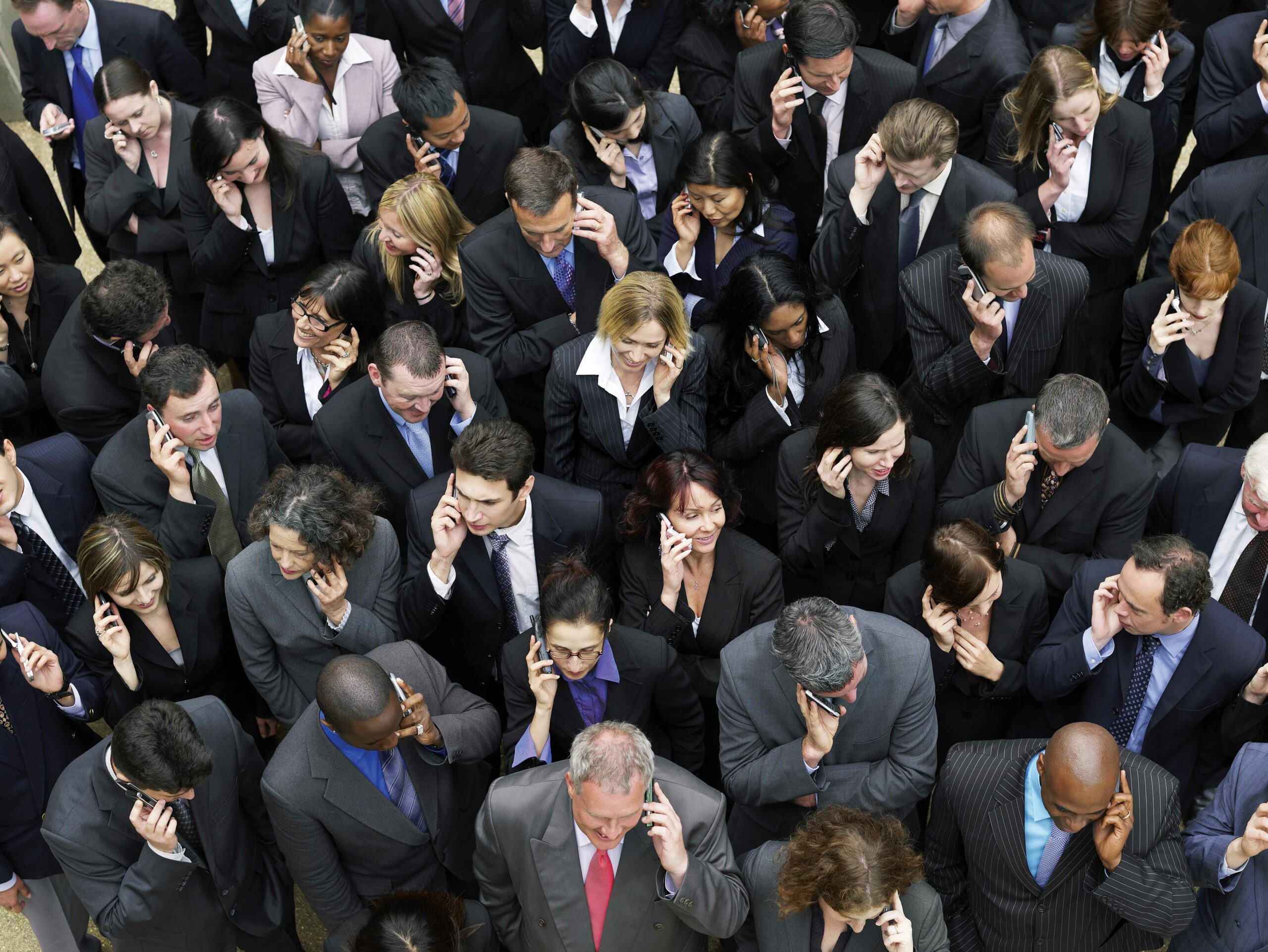 I’m On The Phone!

Share on:
New IT solutions are working to help overcome Kazakhstan's vast geography, while economic growth continues to underline a robust telecoms sector.

In Kazakhstan, mobile is king—hardly surprising considering the country’s size. And while portable smart devices are helping get more people online, new IT solutions offer up attractive options for improving connectivity.

The telecoms industry was a monopoly until 2004, when new legislation laid the groundwork for liberalization. Kazakhtelecom then had to share the spoils of a growing market, which was quickly becoming dominated by mobile solutions. As for fixed telephony, it was always an uphill struggle considering the steppes that had to be overcome. And with mobile penetration of 180% as of 2014, internet penetration has also received a boost, with an estimated 54 out of 100 people now logging on despite a fixed broadband penetration rate of an estimated 27% as of 2014, according to Buddecom.

Elsewhere, IT firms are looking to overcome the challenges associated with creating extensive fiber-optics networks and get the nation’s corporates and SMEs on the cloud, while the state-backed Development Bank has kicked off a campaign to fund the development of 4G in the country, starting with an Altel project to expand its own 4G network, a technology on which it enjoyed a monopoly until 2015.

And any note on the telecoms sector wouldn’t be complete without reference to the historic Baikonur Cosmodrome, from which KazSat-1, 2, and 3 were launched, the latter in April 2014. The Cosmodrome is leased from the Kazakhstani government by Russia, but disagreement over the safety record of Russia’s Proton rocket and its development of a new cosmodrome close to its border with China threaten the future of the facility.

Mobile penetration stands at an estimated 183% as of 2014, with observers suggesting that the market is nearing saturation. The figure came in at 181% in 2013, down from 186% in 2012 after a minor correction. Mobile broadband services, according to Buddecom, now account for one-third of the total subscriber base and counting, highlighting the significance of mobile devices for overcoming distances that are difficult to cover with traditional fixed infrastructure. And if you’re in the market for a SIM today, you have a choice of between four operators in Kazakhstan, the largest of which is Kcell. Kcell has been operating since 1998 and, as of end-2014, had a subscriber base of 13.055 million, a net addition of 299,000 on the previous year. Its services cover just under half of the country’s territory and almost 96% of its population, indicative of its policy to provide mobile communications services to all settlements of over 1,000 people. Beeling is the second largest player in the market, followed by the smaller Tele2 and Altel, both of which are relative newcomers. Altel, a fully owned subsidiary of Kazakhtelecom, has begun switching off its 3G network having been granted a monopoly on LTE, or 4G, technology until 2015. The company is currently investing $576 million in its 4G network, of which 35% will be met by a Development Bank fund dedicated to financing 4G network expansion across the country.

Despite having been liberalized for a number of years, Kazakhtelecom remains the dominant player in the fixed telephony business, maintaining a 93% market share. Along with five other operators, Kazakhtelecom provides services to approximately 4.5 million subscribers. Alternative providers include Ducat, Astel, and TransTeleCom, while household penetration is approximately just under 7%, suggesting that the corporate segment is the key driver for the sector.

Fixed internet penetration stood at an estimated 13% in 2014, up from 12% in 2013 and 10% in 2012. While on an upward trend, adoption of fixed-line services has been eclipsed by the rise of mobile broadband. When added to the mix, the internet penetration rate rises to 54%, suggesting that smart devices are now the most popular method of getting online. And with the advent of 4G, it is likely that mobile data is here to stay. And while online, why not indulge in a spot of e-commerce? Already a growing sector, sector insiders believe that the volume of the e-commerce market in Kazakhstan could reach $3.6 billion by end-2015, or 4% of the total retail market.

Developing local content is seen as crucial by the government, which is keen to see the ICT industry as a whole increase its contribution to GDP. That contribution sat just below 4% as of end 2014, with the share of local content estimated to have risen to 10% in terms of IT hardware, and by approximately 80% in terms of services. In 2012, hardware represented 82% of purchases, followed by services (16%) and licensed software (2%). The government remains one of the largest consumers of IT products and services, representing over 40% of sales. That is followed by oil and gas companies (25%) and financial companies (12.5%).

This year, however, all eyes are on the growing fiber-optic network and the transition to cloud computing. One such company that has dived headfirst into this game is KazTransCom. “We are currently investing a lot of money into developing fiber optics within cities and that will be our key priority for the immediate future,” said Director General Andrey Khan, adding that his wish is to develop partnerships with major local carriers, “so that these companies do not have to build new infrastructure and can use existing facilities instead.” His dream is that operators no longer build and exclusively use their own networks, but improve efficiency by utilizing a single network. And once the country is better connected, he expects cloud computing to really take off. “Kazakhtelecom will be making large investments in order to develop various cloud computing technologies for SMEs and the retail sector,” he concluded.

The rise of fiber optics is set to run parallel to the expansion of 4G services. The Development Bank, already funding an Altel LTE project, is running a two-phase program, the first phase of which ends in 2018, when the government hopes a new generation of wireless communication will have emerged in all settlements of over 50,000 people. Then, by the end of the second phase, in 2022, LTE services are expected to cover the entire country. Aside from facilitating better individual online experiences, the government hopes that transmission rates of up to 100 Mbits/s will allow for the better introduction of e-learning.

Kazakhstan’s space industry centers on its space agency, Kazcosmos, and the Baikonur Cosmodrome, which has been leased from the Kazakhstani government by Russia ever since the collapse of the Soviet Union. Up to 25 launches a year take place from the Cosmodrome, including the Soyuz and the Proton rocket. It is the latter, however, that has been at the center of squabbling between the two countries in recent years, with the Kazakhstani side questioning its safety record—four disasters have been associated with the rocket at Baikonur in the last 14 years, the last one in July 2013. On top of that, Russia is currently developing a new spaceport near to its border with China. According to statements made by President Putin, the new Vostochny Cosmodrome will make its first launch sometime within 2015. But while it’s highly unlikely that the Russians will depart Baikonur completely, Kazcosmos hopes that it will provide an opportunity for the further development of Kazakhstan’s own space industry.

The Trans-Eurasian Information Super Highway (TASIM) is a major regional initiative that will create a transnational fiber-optic backbone that will cross 20 countries in Eurasia, from Western Europe to Eastern Asia. This ambitious project envisages a new data transit route from Frankfurt to Hong Kong, connecting the major data nexuses throughout China, Kazakhstan, Azerbaijan, Georgia, Turkey, and Germany. The realization of the TASIM project will improve both regional and global connectivity, contributing to developing the quality of the IT network in several regions.In 2011, Azerbaijan hosted the first international workshop on TASIM, with the participation of leading telecom operators from Azerbaijan, China, Kazakhstan, Russia, Turkey, and the European Union (Pantel). To run the TASIM Project, a special consortium was created, with the participation of Azerbaijan (the Azerbaijan International Relations and Accounting Center), China (the China Telecom Global Limited), Kazakhstan (Kaztranscom JSC), Russia (Rostelecom Ojsc Long-Distance and International Telecommunications) and Turkey (Türk Telekomünikasyon A.ï¬.). By 2013, these countries signed a Memorandum of Understanding that established a cooperative strategy towards the realization of the project.The TASIM project will be implemented in two stages. In the first stage, key regional countries and operators will build major transit and transport infrastructure, connecting the east and the west. This transit infrastructure will allow TASIM to become commercially viable and address the rapidly growing market of international IP transit. It is important to note that regional countries differ in terms of their telecom sector development and market needs. Latency connection and high-quality IP network services are requisite in the most developed countries. Meanwhile, elementary connections and basic access to international internet services are prioritized in less developed countries. Since transnational networks cross a variety of economically developed states, the benefits will vary.According to the National Telecom Infrastructure plan, new fiber-optic lines will be constructed, and existing lines will be upgraded and connected to the TASIM network. TASIM will also help to create an open-information society in the region to increase connectivity and develop e-services, thus promoting industrial development, the diversification of the economy, and competitiveness.A final agreement between Kazakhstan and Azerbaijan will be signed during the first quarter of 2015, which will allow for the launch of the construction of the underwater section of TASIM to take place by the end of the year. During an interview with TBY, Andrey Khan, the General Director at KazTransCom, stressed the importance of TASIM project saying that, “it would present an alternative way of transmitting signals from China to Europe over ground. One of the challenges presented by this project is the time delay that accumulates while transmitting signals from China to Germany. The maximum delay allowed is 170 ms, and the only way to achieve that is by sending signals through Russia using the route under the Caspian that is generally considered weak. This will create various market alternatives. It will create more competition for Russian operators and alternative ways of handling traffic that goes not only from China to Europe, but from Europe to China as well… this project would allow us to access international markets… and is a good opportunity to expand our business in neighboring countries including, Kyrgyzstan, Uzbekistan, Tajikistan, and Turkmenistan—countries where there is an increasing amount of traffic year on year.”